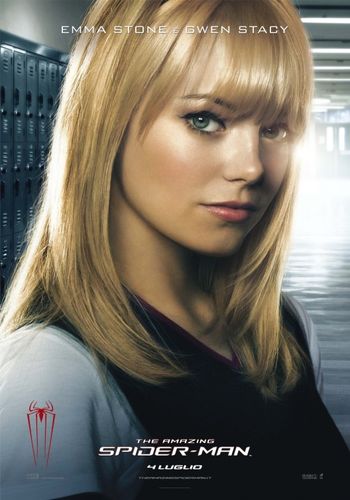 How quickly generations come and go. If you’re old enough to remember seeing Sam Raimi’s 2002 Spider-Man, and thought Tobey Maguire would carry Spider-Man’s mantle far into the 21st century, Hollywood is here to tell you your time has passed. You were wrong. Maguire’s quirky vulnerability has been firmly usurped by Andrew Garfield — coming across like a young Anthony Perkins, if any of you are old enough to remember him from a little black-and-white movie called “Psycho.”

Spidey 2.0 has some very good things going for it — 3D effects, sadly are not among them. The IMAX-branded 3D countdown intro reel that rolls before the movie starts is more impressive than anything that occurs during the movie. It’s  too damn bad the production company chose not to bring in a 3D cinematographer to plan specific shots to “break the window.” How long will it take before Hollywood gets the bleeding message — If you’re going to go to the trouble of making a 3D movie, break the freaking window dammit! — Which means put the 3D effects right in front of the audience’s noses where they rightfully belong.

There’s far too much apologetic “unobtrusive 3D” disinformation flying around from critics like Variety’s Boyd Van Hoeij, who clearly knows nothing about what goes into creating successful 3D effects.

Unlike Raimi’s version of the same comic book story there’s no, “With great power comes great responsibility” theme-line to anchor Peter Parker’s sense of duty. Still, the nuts and bolts of Parker’s transformation into the hyper athletic “bug-boy” run very parallel. For his part, Martin Sheen does a lot with a little as Peter’s Uncle Ben.

Director Marc Webb — yes that his real name — shows a little too much of his music-video past during a montage sequence where Peter gets his gravity-defying groove on while riding his skateboard in an abandoned shipyard. Sappy singer-songwriter music underscores the jump-cut edits. If ever there were a sequence that would have gained muscle by having nothing but source-sound, this is it. Still, it’s a forgivable enough blunder from a filmmaker whose primary claim to fame is an under-seen little romantic drama called “500 Days of Summer.”

Webb’s “The Amazing Spider-Man” is a lot of movie. The CGI is outstanding. The action-set pieces are lavish, bold, and generate enough electric current to make you jump in your seat more than a few times.

Emma Stone is less restrained than Kirsten Dunst’s version of Peter Parker’s love interest. Stone isn’t playing MJ. Rather she is Gwen Stacy, daughter to police Captain Stacy (well played by Denis Leary). The film’s three screenwriters go heavy on coincidences. Gwen sits next to Peter at school, and also happens to work at the scientific research corporation where Peter has a connection to one of its key scientists — Dr. Curt Connors (Rhys Ifans). The writers don’t make a believable gambit regarding Gwen and Peter being high school students. Still, these are minor concerns, considering the overall package at hand. Stone and Garfield share surefire chemistry. The romantic connection might not simmer in the way it did between Maguire and Dunst, but there’s plenty of emotional grit-and-grist to reboot the franchise on.

“The Amazing Spider-Man” is far from being a perfect movie. It’s doubtful that audiences will see the franchise rise to the high watermark Raimi stamped on “Spider-Man 2.” Nonetheless, as comic book characters go, Spider-Man has something special that makes him more likable than just about every other comic book hero. For now, Andrew Garfield has the role well in hand.

Listed below are links to weblogs that reference The Amazing Spider-Man: