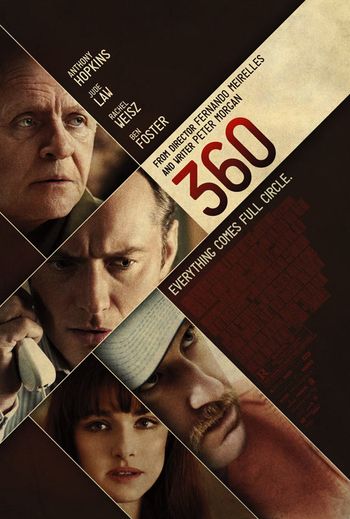 You’d hardly recognize the inspiration of Arthur Schnitzler’s 19th century play “Reigen,” or its previous cinematic interpretations (by Max Ophuls in 1950 and Roger Vadim in 1964), in Fernando Meirelles's somber take on “La Ronde.” If bed-hopping were really as tortured a process as Meirelles exhibits here, no one would indulge in the practice.

A hat-tip to Schnitzler places the bookends of this international sexual roundelay in Vienna. Mirka (Lucia Siposova), an upstart high-class prostitute, allows herself to be photographed by a gangster pimp — complete with a ponytail and sidearm. She renames herself Blanca after another girl whom the pimp tells her, became wealthy overnight. Blanca starts off the film’s sequence of incomplete sexual encounters. 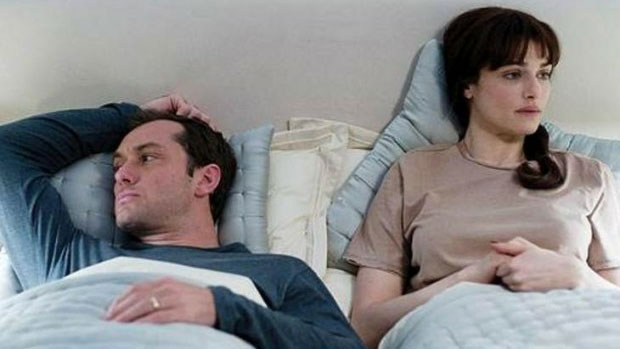 Jude Law’s traveling businessman — Michael Daly — is scheduled to be Blanca’s premier client. A bit of cock-blocking and blackmailing by a potential business partner leaves Michael holding the bag. Little does Michael know that his wife Rose (Rachel Weisz) is home in London getting busy with a Brazilian photographer who, in turn, is cheating on his stay-at-home girlfriend.

The screenwriters abandon the basic structure of past film versions that connected characters in a baton-pass order. Here, couples and lone would-be sexual participants interweave in a haphazard format that alienates more than it endears empathy or interest. Hopscotching locations in Paris, London, Denver, and Phoenix, the movie is more in love with cold surfaces and generic public spaces than it is with emotional connection and lustful desire.

Narrative crime elements come across as gratuitous — especially one involving a father played by Anthony Hopkins searching for his missing daughter. An overleveraged subplot with a believable Ben Foster playing a recently released sex offender makes you wonder what kind of thematic statement the filmmakers were trying to make. However, “360” isn’t a complete failure.

Adriano Goldman’s cinematography keeps you visually invested. There’s also no shortage of nudity in a movie that never finds its center.