« THE QUEEN OF VERSAILLES | Main | HARA-KIRI: DEATH OF A SAMURAI » 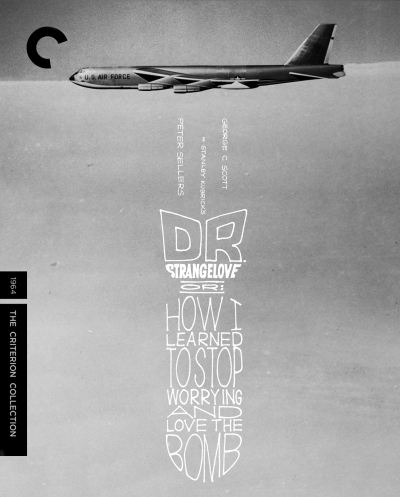 The full title for Stanley Kubrick’s magnificent political satire — “Dr. Strangelove Or: How I Learned To Stop Worrying And Love The Bomb” — expresses the gleefully suicidal tendency inherent in a nuclear arms race that has since eclipsed the two-country showdown of Kubrick’s 1964 picture. 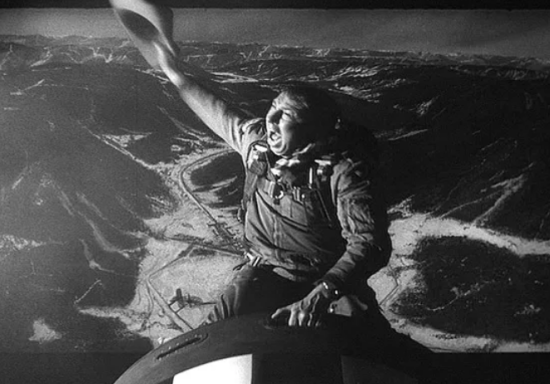 Co-written by Kubrick with Terry Southern and Peter George, the story is limited to three locations. From the comfort of his Burpelson Air Force Base office, Brigadier General Jack D. Ripper (Sterling Hayden) — a cigar-chomping paranoid — calls in an unauthorized nuclear strike against Russia’s intercontinental ballistic missile bases. Upon discovery of Ripper’s act of insanity, his British executive officer Captain Mandrake (Sellers) does everything in his power to extract the recall code from Ripper. The darkly comic dialogue between the men is priceless. General Ripper is obsessed with an idea that the “Commies” have been putting fluoride in America’s drinking water to dilute “the purity and essence of our natural fluids.” Ripper’s penile and testicular obsessions know no bounds. 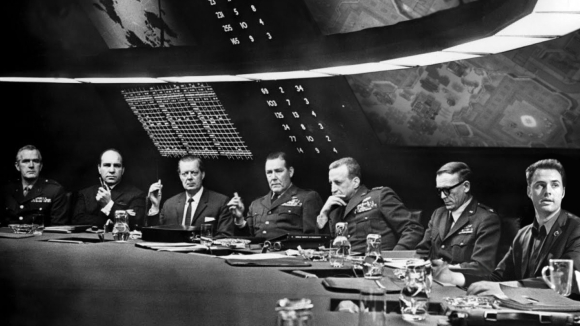 Major T.J. “King” Kong (Slim Pickens) pilots one of America’s constantly circling B-52 bombers in the airspace adjacent to Russia. Kubrick’s intentionally artificial rendering of the model plane flying over a snow-covered Russia adds to the film’s tongue-in-cheek attitude. It takes a few minutes for the cowboy-styled Major Kong to become convinced of the veracity of General Ripper’s impossibly grave order. He dutifully locks in the mission with a bombastic display of idiotic patriotism, promising promotions and medals to all of his crew. Kong might have a slow fuse, but once lit it burns brighter and hotter until the end. 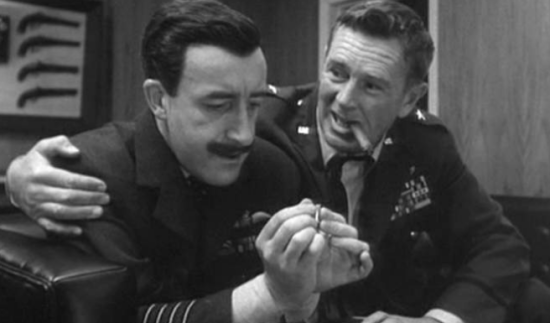 Kubrick’s iconic set for the War Room, where United States President Muffley (Peter Sellers) and his advisors chew over the dire situation, is a marvel of minimalist inspiration. 31 government officials sit at a giant round table lit by a low-hanging florescent light fixture that leaves a circle of darkness in the center. Gigantic maps tilt in the background showing Russia, with its nuclear targets and the approaching trajectory of U.S. bombers. 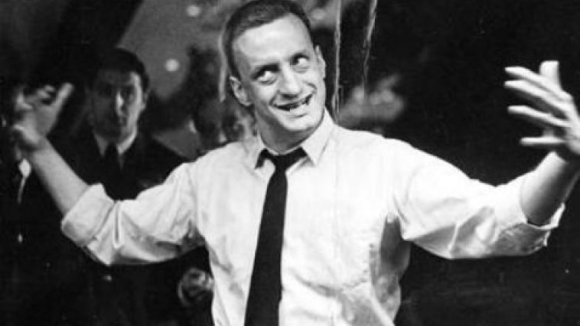 “Dr. Strangelove” pokes fun at the idea of “mutually assured annihilation” and the dubious concept of “nuclear deterrents.” President Muffley’s telephone conversation with Russian premier Dimitri is hilarious for the fey tone Sellers uses to alert the distraught politician of his country’s imminent destruction. Insanity is bipartisan; Russia’s own doomsday device ensures that there will be no survivors in spite of German military strategist Dr. Strangelove’s (Sellers) improvised plan to stock bomb shelters with a ten-to-one ratio of women to men. 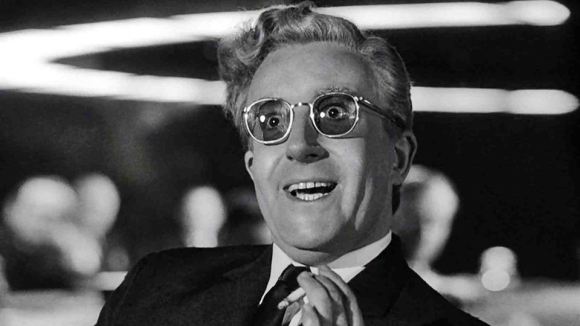