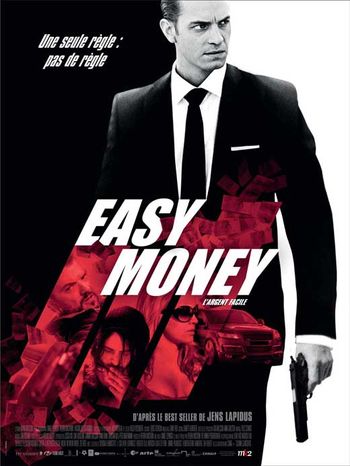 A risky jailbreak involving convict Jorge (Matias Padin Varela) allows the story to hit the ground running, albeit with limp Jorge earns during his lone escape. Mob heavy Mrado (Dragomir Mrsic) wants to rub out Jorge, who gets rescued by rich-kid-poseur JW (Joel Kinnaman). Suit-and-tie-wearing JW pretends to be the rich son of a diplomat so he can hang out with Sweden’s privileged class that he desperately wants to assimilate into. For cash, JW works as a driver for Jorge’s drug bosses. JW’s model-copied good looks enable him to romantically attach to Sophie (Lisa Henni), a social butterfly among the elite.

Children fulfill a crucial aspect of the film’s weighty emotional underpinnings. Jorge wants to help out his pregnant sister. Mrado has an eight-year-old daughter named Lovisa who he struggles to shield from his unsavory occupation. The fact that Hollywood already has plans to remake an American version of “Easy Money” tells you all you need to know. It’s a good foreign movie you should see rather than wait for Hollywood’s watered down remake.