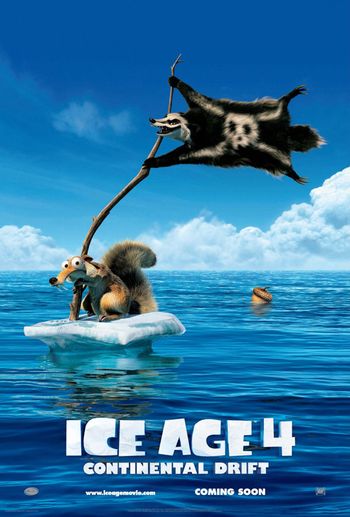 The “Ice Age” franchise runs out of steam with a narratively inert example of animated fluff. Young audiences won’t know the difference, but adult family members will be sorely disappointed with what co-writers Michael Berg and Jason Fuchs attempt to pawn off as enjoyable family entertainment.

Sticking closely to the storyline of “Happy Feet Two,” the filmmakers go through the motions of creating a yarn centered on the catastrophic moment in the prehistoric era when the Earth’s continents violently split apart. Wolly mammoth Manny (Ray Romano) gets stuck on an ice floe with Sid-the-sloth (John Leguizamo), saber-toothed Diego (Dennis Leary), and crazy-eyed-sloth Granny (Wanda Sykes). Manny’s wife Ellie (Queen Latifah), and daughter Peaches (Keke Palmer), are stranded on a remote piece of unknown ground that the others must get back to. 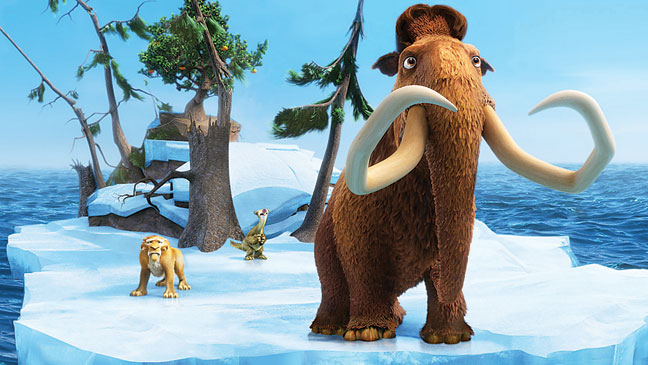 Peter Dinklage delivers some energetic speeches as Captain Gutt, a wily pirate in charge of a crew that includes Shira (Jennifer Lopez), a slinky silver saber-toothed tigress built to give Diego a run for his money. Yet, the romance is ill conceived. For all the testy repartee that passes between them, Diego and Shira don’t share enough compatibility to make their problematic union much fun for the audience. The film’s pirate-themed sub-plot plays as a narrative false bottom. 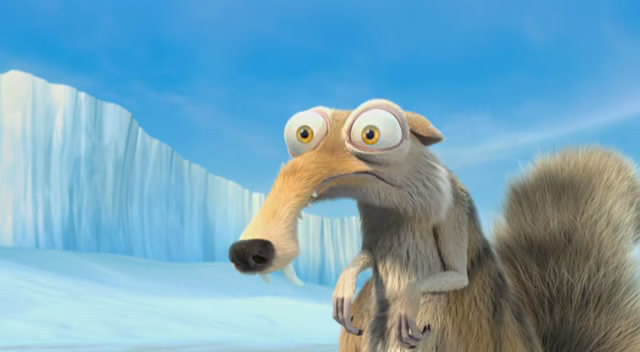 Scrat — the acorn-crazed saber-toothed squirrel whose doomed adventures have bookended past films in the franchise — takes on a bigger role this time around. Scrat’s predictably disaster-prone episodes upstage everything else in the movie.
The movie’s 3D effects are sub-standard. How long will it take before the big studios to start making 3D movies that “break the window” from start to finish? I just hope someone in production at 20th Century Fox reads this review. If you don’t plan on breaking the window, don’t bother making your movie in 3D. The action must float in front of the audience’s face or there’s just no point. 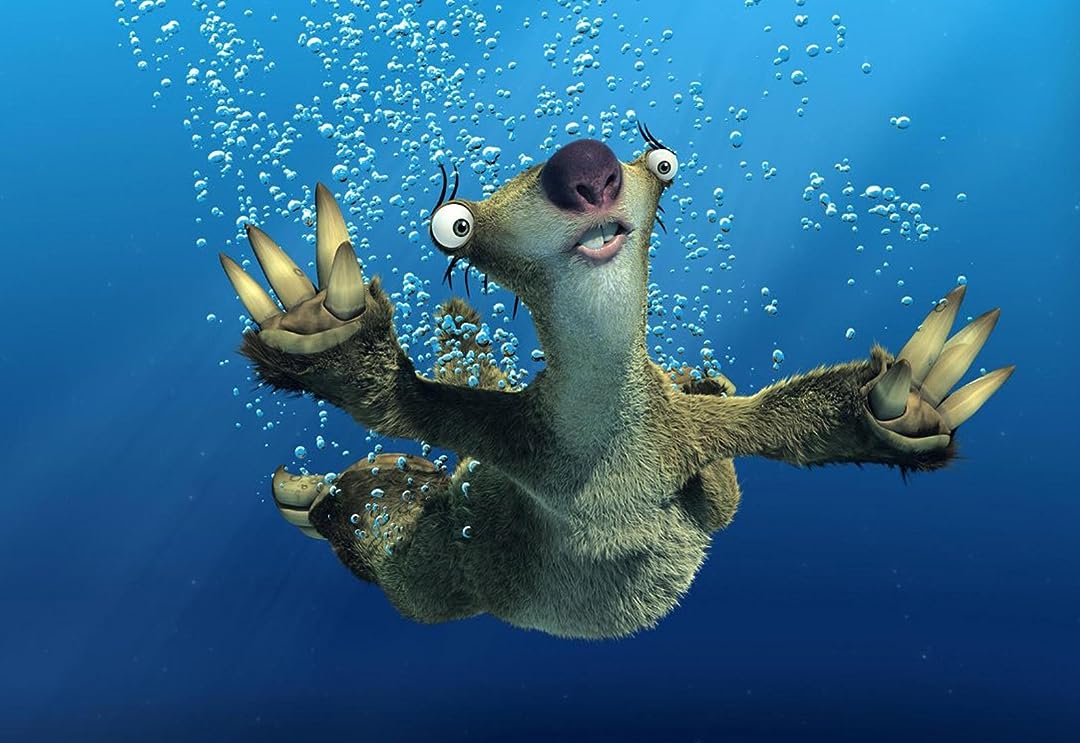 Posted by Cole Smithey at 12:33:43 AM in Animation, Children's Cinema, Women's Cinema