Michelangelo Antonioni’s “L’avventura” is the first in a trilogy of modernist relationship films the auteur created to reflect Italy’s post-war crisis of desensitized culture trapped in an identity of alienation.

Notable for its distinct lack of empathetic characters and slow pacing “L’Avventura” met with fierce criticism during its premiere at the 1960 Cannes Film Festival where it was widely jeered. It wasn’t until four months later that the beautifully composed film appreciated respect at the London Film Festival, where it won a prize for “the most original and imaginative entry to be shown.” 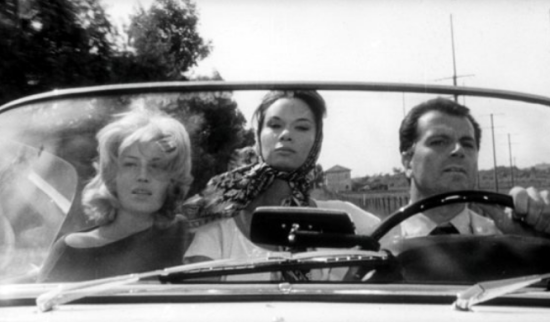 Antonioni subverted his mentor Roberto Rossellini’s neorealist ethos into an equally minimalist style, but one that examined the mindset of Italy’s upper class rather than neorealism’s exclusive concern with the working class. The enigmatic story for “L’avventura” follows Anna (Lea Massari), the daughter of an Italian diplomat. Anna’s wealthy boyfriend Sandro (Gabriele Ferzetti) is a disillusioned architect. Anna’s undeniably beautiful friend Claudia (Monica Vitti) joins Anna and Sandro for a boating trip to the Aeolian Islands north of Sicily with two wealthy couples whose relationships suffer. 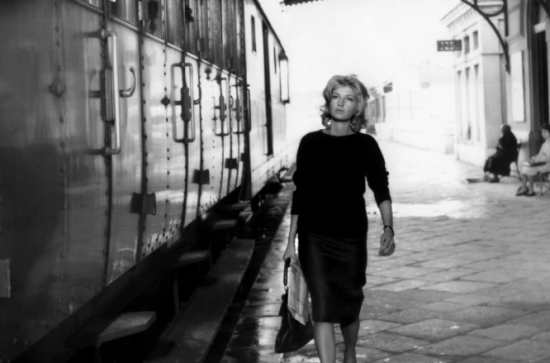 Adultery is in the air. A bored husband describes his wife as similar to Oscar Wilde. “Give her luxuries and she’ll do without the little necessities.” The nature of the remark is given context by another character that claims, “If you don’t quote someone, you die.” These are people who have everything, and yet are incapable of expressing love or respect. Only lust and desire matter. 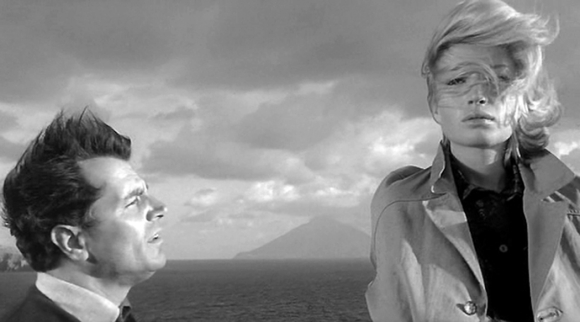 Once on the jagged shores of the remote island, Anna and Sandro discuss their relationship. Upset at Sandro’s month-long business trips, Anna dismisses their marriage plans since they are already living like an unhappy married couple. The thought of losing Sandro makes Anna “want to die,” and yet she doesn’t “feel” him when they are together. In close proximity to the group, Anna mysteriously vanishes. She is nowhere to be found. Sandro and Claudia remain on the island while the others leave to send for a search team. Anna’s father arrives the next day. Upon discovering a bible in his daughter’s luggage, he dismisses the idea she committed suicide. 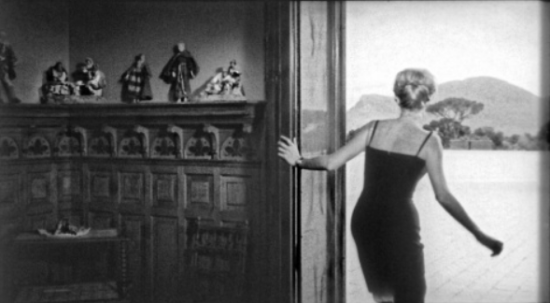 Once back in Italy, Sandro engages ineffectual local police and a journalist who covered Anna’s disappearance but nothing comes to fruition. Sandro and Claudia strike up a romance that obliterates all memory of Anna. The emotional substitution works only up to a point. 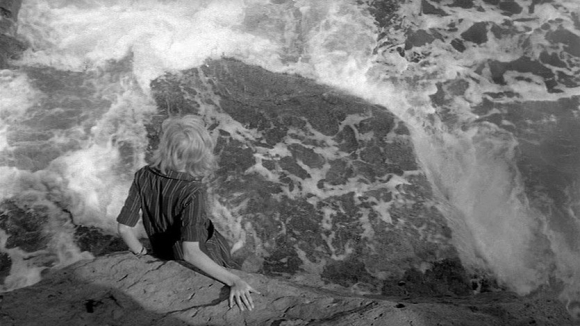 “L’avventura” is a haunting film that presages Fellini’s post-modern cinema, and informs the French New Wave that gave way to such iconic auteurs as Jean Luc Goddard. Antonioni’s depiction of Italian males as beauty-obsessed dogs flips on itself to show a similar phenomenon in the privileged women who audaciously pursue Sandro at the extravagant San Domenico Palace Hotel where Sandro hunts for fresh meat while Claudia sleeps in their room. No one is satisfied. 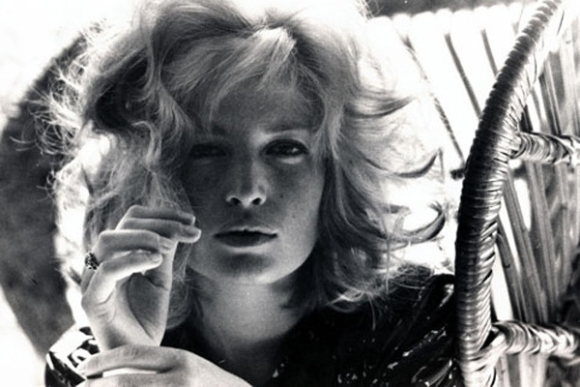