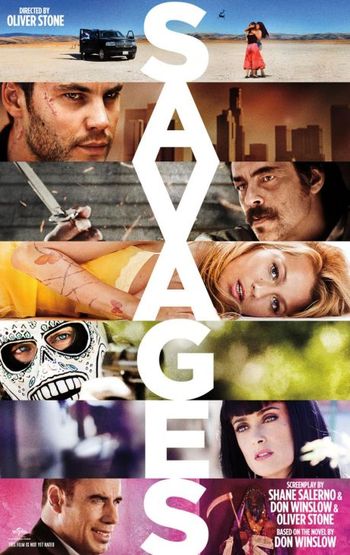 Oliver Stone revs up the crime thriller genre with an energetic video-nasty that keeps up with modern sensibilities regarding sex, drugs, and violence.

A cozy ménage a trois is at the heart of a kidnap story that bounces between Southern California and Mexico. Too much voice-over exposition from Blake Lively’s center-of-attraction character “O” — she was named after Ofelia, not the subject of “The Story of O” — mars the flow of action. O is the mutual girlfriend to war vet Chon (Taylor Kitsch) and to his stoner best friend Ben (Aaron Johnson). Chon is the alpha to Ben’s beta. As O describes them, Chon is the Earth, while Ben is the soul of the threesome. Chon gives O orgasms. She gives him “wargasms.” Ben, on the other hand, makes love to her. As Salma Hayek’s villainous drug queenpin Elena describes them, Chon and Ben love each other more than they care for O, or else they wouldn’t be able to share her. And share her they do. 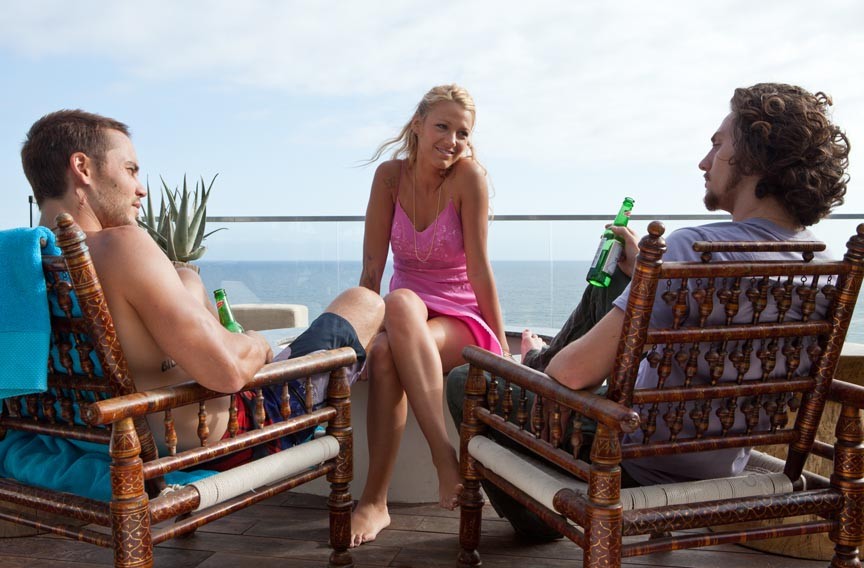 Chon and Ben run a most profitable pot business from their posh Malibu seaside home. Using high-octane pot seeds Chon shipped over from his tour in Afghanistan, the boys have created a wicked weed that packs an unheard of “33% THC” punch. Elena’s Mexican drug cartel wants in on Chon’s and Ben’s business model. Not even John Travolta’s corrupt FBI official Dennis is much use to his pot-slinging buddies in the face of Elena and her brutal crew. Benicio Del Toro burns up the screen as Elena’s number-one enforcer Lado. From the looks of it, Del Toro has more fun chewing up scenery than nearly anyone else in the movie.

Based on Don Winslow’s novel, the story takes its time getting into gear. Ben and Chon would rather go off the grid in Indonesia than play ball with Elena and her bloodthirsty thugs, who are known for decapitating people and blowing out brains. Savages they are. This is not a movie for moviegoers with weak stomachs. Much blood is spilled. Ben and Chon take a day too long to get out of town. Elena’s boys kidnap O before laying down the law about how business will run for the next three-years — the first of which O will spend as a hostage. Naturally, Chon and Ben have a few ideas about how to rescue O. 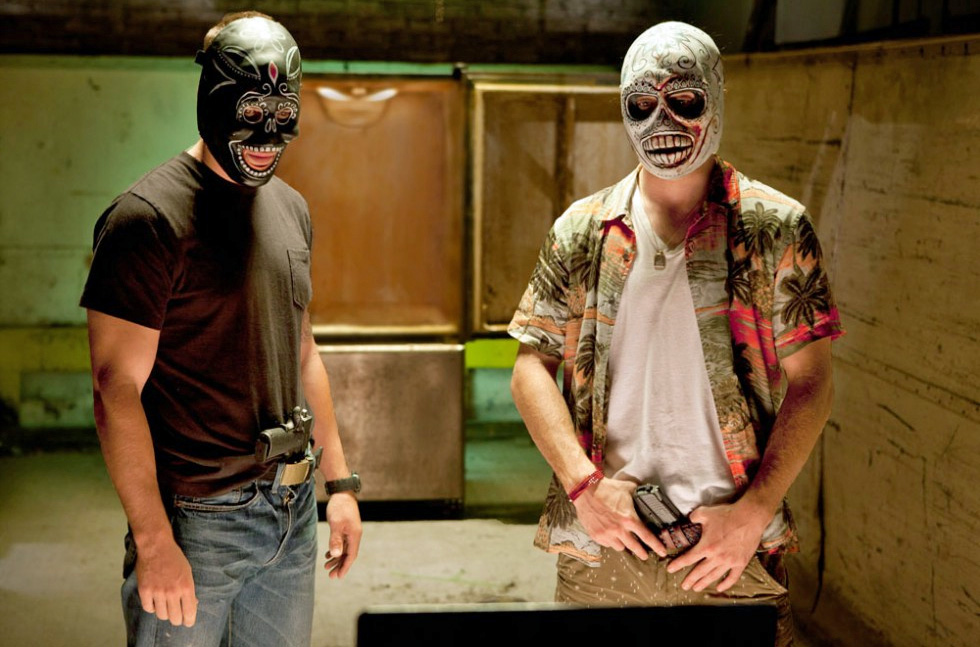 Oliver Stone keeps politics largely out of the picture, but the subtext is written on the wall about things such as, the planned obsolescence of corporations, and America’s shifting attitudes toward sex and marijuana. Still, “Savages” is more willing to pull punches in the bedroom than it is in the arena of torture and murder. For all of the film’s outrageous violence, the tone is almost jocular. Oliver Stone could easily have gone heavier on the sex to balance out the bloodshed.