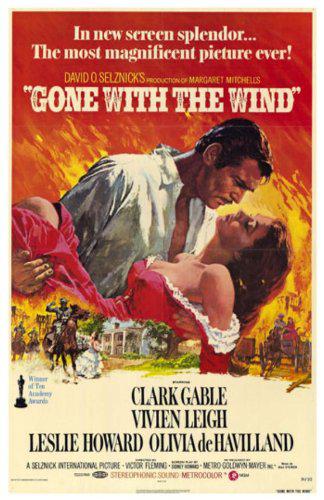 On its surface, the movie is a celebration of the audacity of the Southern spirit — as embodied in Vivien Leigh’s pitch-perfect portrayal of anti-heroine Scarlett O’Hara. But a closer reading finds a cutting commentary on the South’s hypocritical, opportunistic, and racist attitudes that continue to infect American culture. 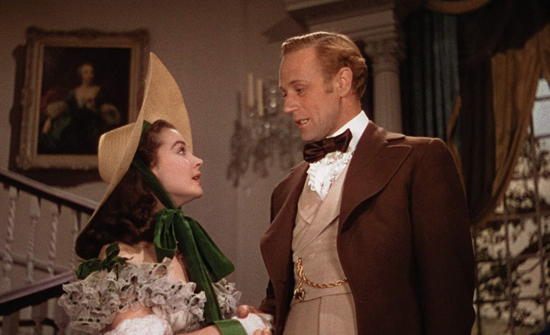 Scarlett O’Hara is a tactless shrew born into wealth. She lives on her family’s enormous mansion-appointed cotton plantation, Tara, in Georgia. The year is 1861. America is on the brink of civil war. Scarlett’s slight frame and button-nosed beauty belie a wellspring of simmering jealousy. Green is her favorite color. Scarlett’s romantic obsession with Leslie Howard’s Ashley Wilkes, knows no boundaries. Not even Ashley’s marriage to his own cousin Melanie (Olivia de Havilland) dissuades Scarlett from conniving to win him as her own possession. Scarlett only wants what she cannot have. 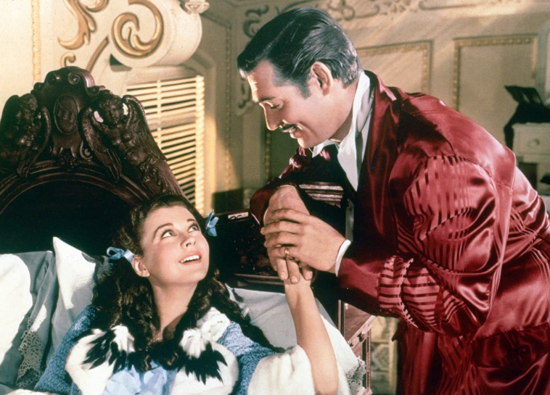 Scarlett and her circle of high society confederate peers put up a façade of Southern politeness that hardly disguises their condescending arrogance and delusional ignorance. Branding someone outside of their social sphere as “white trash” gives them a brief sense of superiority, even if the derogatory term is more self-reflexive than they care to recognize. 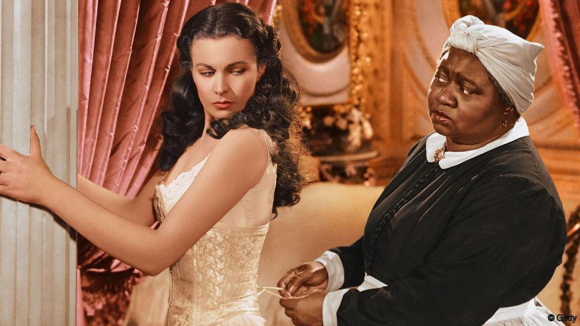 Clark Gable’s Rhett Butler is a rebellious cad of boundless masculine charm. His dark reputation precedes him. Thrown out of West Point and disowned by his Southern family in Charleston, South Carolina, the irrepressible “Mr. Butler” is a world traveler with no illusions about people or political realities. A constant smile and a quick wit make him a well-defended outlier able to effortlessly maneuver any realm of society he finds himself in. Rhett Butler is a “man’s man.” 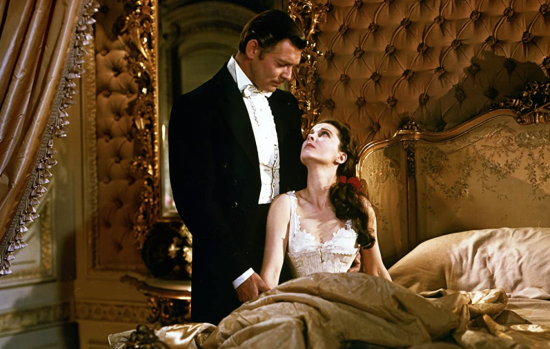 An opportune nap enables the lusty Rhett to overhear a divulging romantic discussion between Scarlett and Ashley wherein all cards are laid on the table. Mr. Butler sees Scarlett for exactly what she is, and yet he is nevertheless attracted to her on a sensual level. He represents the oil-and-water antidote to her devious nature. As much as the film is about the North’s devastating defeat of the Confederacy, it is about the doomed relationship between a woman incapable of love, and the a man who foolishly makes the mistake of thinking he can handle her. Keeping hope for hope sake doesn’t mean that Scarlett’s glass is half-full. Rather, it means it will forever remain empty.