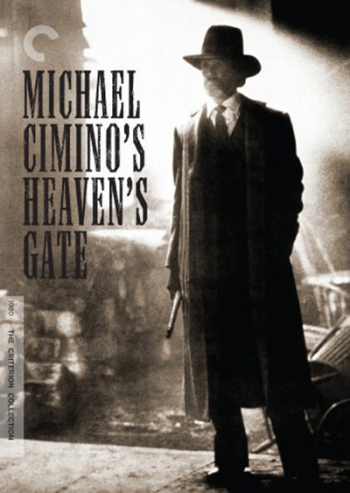 So much has been written about Michael Cimino’s torpedoing of United Artists studios, and his own career, with this legendary, disastrously over budget epic Western, that it takes some doing to separate the quality of the much maligned film from the mythology surrounding it. “Heaven’s Gate” (1980) was originally budgeted for $7.5 million, and wound up costing over $36 million. It made less than $3 million at the box office during its theatrical release. It was only due to Jerry Harvey’s Los Angeles-based cable “Z Channel” that “Heaven’s Gate” began to be viewed with the respect it deserves.

Coming on the heels of his overwhelming success with “The Deer Hunter,” Cimino set out to make a European-styled Western full of carefully orchestrated crowd scenes to rival the climatic ballroom dance sequence in Luchino Visconti’s “The Leopard.” His casting choices would be unconventional.

The film opens with Kris Kristofferson’s lead character James Averill running to catch up with his Harvard classmates for their 1870 graduation ceremonies. Joseph Cotton’s reverend/doctor speaks to the Class of '70, of the “influence” they may exert toward the “education” of a hostile nation. Commencement speaker William C. Irvine (John Hurt) squanders his opportunity to address his peers with any such lofty aspirations, and thus sets the tone for the irresponsible attitudes of an organization called the Wyoming Stock Growers Association, which, 20 years later, creates a 125-name “kill list” to eradicate Casper, Wyoming of most of its immigrant settlers. Now serving as a federal Marshall for Johnson County, Averill stops off in Casper to woo his French madam girlfriend Ella Watson (Isabelle Huppert) with a brand new horse carriage.

The film’s title derives from the name of a large canvas-roofed rollerskating rink dance hall operated by John Bridges (Jeff Bridges), a European immigrant entrepreneur. The spacious venue allows for the film’s centerpiece, a music-and-dance sequence in which the town’s immigrant community gathers to dance, rollerskate, and cavort. For all of the exorbitant cost attributed to the scene, it serves an important function in the story. Here, we are informally introduced to a community of impoverished migrants with a joyous lust for life. It is this exact type of cultural richness that a tight knit group of wealthy white cattle barons wants to wipe out. Inevitably, a small-scale war of ideologies is brewing. 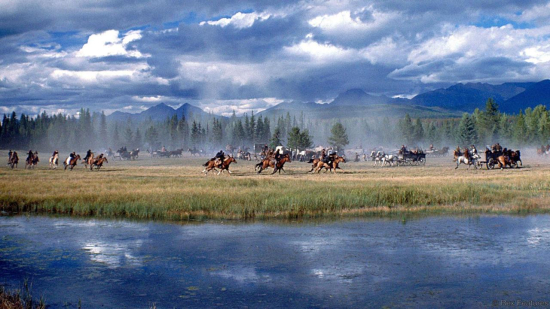 “Heaven’s Gate” examines a rarely glimpsed vision of the Old West. It is not one that American audiences at the time of the film’s release were happy to receive. To be sure, the movie was not promoted with the kind of energy attributed to mainstream fare. Nonetheless, “Heaven’s Gate” is an unforgettable film full of heartfelt sincerity and pointed commentary about America’s bloody history of hypocrisy, greed, and racism. It is worth every penny spent on it, and every bit of an audience’s time watching its three-hour-and-forty-minute running time. 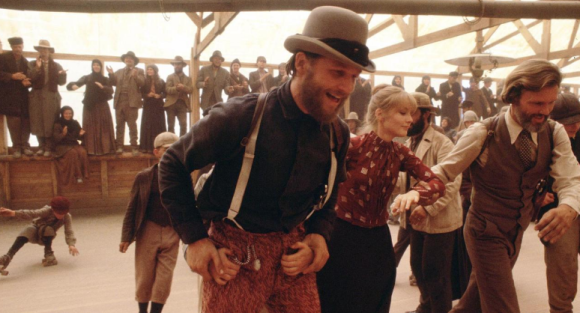