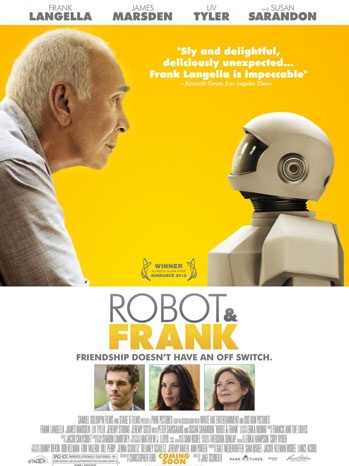 Langella masterfully plays Frank, an aging cat burglar living in the semi-rural community of Cold Spring, New York. During his heyday, Frank was one of the best "second-story men" in the trade. Frank has served hard time for his crimes. Nowadays, Frank has a hard time remembering to take out the trash. Dementia is setting in. Langella’s delicate physicalization of his character’s deteriorating mental and emotional state is a thing of beauty. 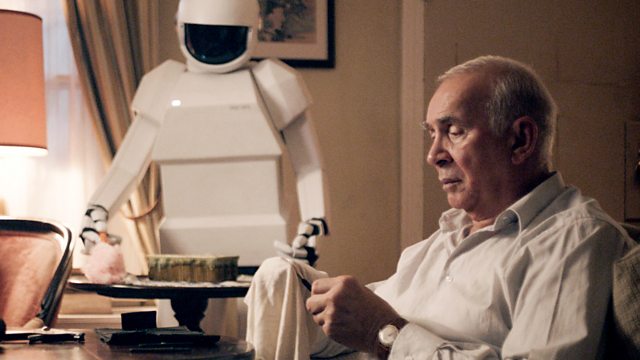 In the movie's weakest supporting role, James Marsden plays Frank's impatient but caring son Hunter. It’s painful to watch Marsden struggle with a role he can’t get a grip on. Living too far away to provide the frequent assistance Frank needs, Hunter buys the old man a nameless robot butler (brilliantly voiced by Peter Sarsgaard). Crotchety old Frank fights tooth-and-nail against the electronic assistant until he discovers how his new friend could be of use in conducting a few local thefts. Robot appreciates the idea because it helps stem the tide of Frank’s fading mental and physical capacity. 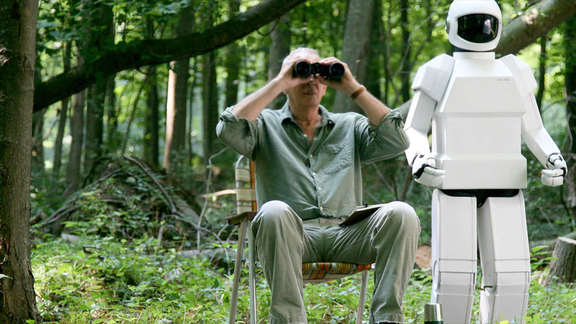 Susan Sarandon is a welcome presence as Jennifer, head of the doomed local library, where books are being phased out. Frank’s romantic feelings for Jennifer provide the film with a much-needed emotional hook.

“Robot and Frank” almost has what it needs to be a truly evocative and moving film--but not quite enough. Sub-plots involving Frank’s son and daughter (Liv Tyler) feel forced and artificial. Also, the film’s third act feels rushed and slight in relation to what came before. Nonetheless, there’s much to appreciate in Frank Langella’s artful performance opposite an empathetic robot.