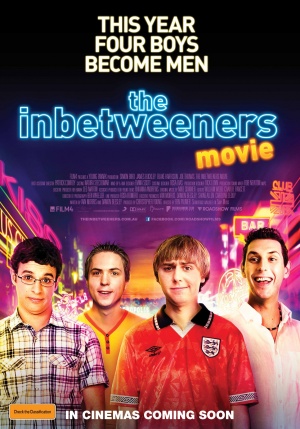 Based on the British television sitcom of the same name, “The Inbetweeners” is a hit or miss coming-of-age sex comedy along the lines of the “American Pie” movies.

Filled with obligatory nudity that skews toward the exposure of male genitalia, this slapstick comedy works best when dodging clichés. Fresh out of high school, best friends Will (Simon Bird), Jay (James Buckley), Simon (Joe Thomas), and Neil (Blake Harrison) are anxious to address their daily horniness while on vacation thousands of miles from their home in the UK. Their grand plans of “going mental” in Malia, on the Greek island of Crete, are more closely laid by mice than by men. 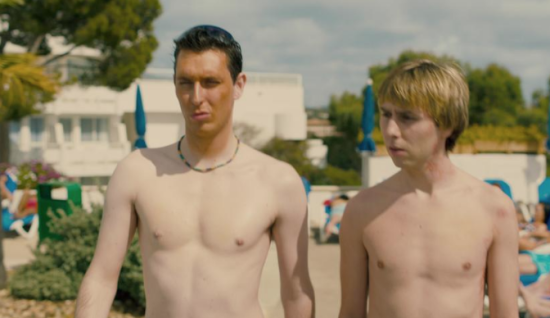 Simon’s obsession with nursing his freshly broken heart is exacerbated by the coincidental presence of his ex-girlfriend Carli (Emily Head) on the island. Simon is the intellectual leader of the group even if he’s as clueless as his goofball buddies about how to talk to girls. Joe Thomas’s British accent provides a wealth of comic appeal. Neil’s impressive robotic dance moves are made less so by the orange fake tan he wears on his face. Neil’s fascination with women too old to be called “cougars” nevertheless puts him in the throes of sensual release while his pals follow paths of stronger resistance. 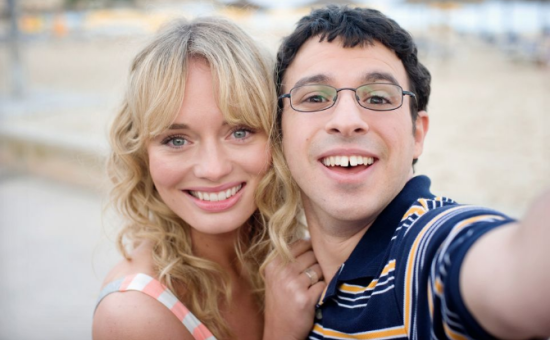 The introduction of four equally awkward girls gives the boys a fallback position for the comedy to take appropriate shape though the story meanders. Also, “The Inbetweeners” doesn’t go far enough into its insinuated territory of sticky gross-out humor. Half the fun of coming-of-age comedies is watching offended little old ladies storm out of the cinema. “The Inbetweeners” keeps too much in the middle of the road for any such off-screen drama. 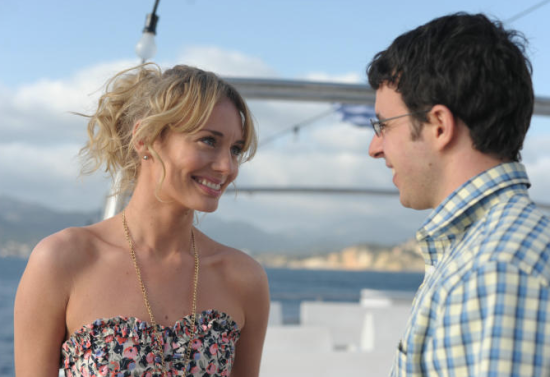