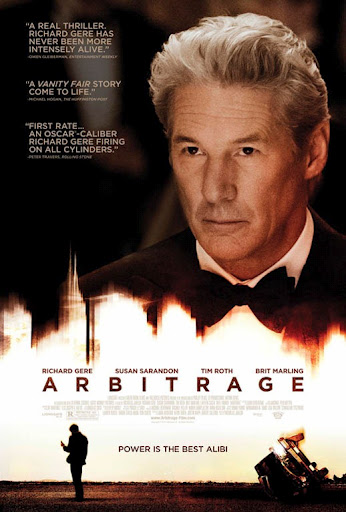 Some not-so-fancy narrative mechanics set Richard Gere up as a one-percenter antihero in a movie that deplorably attempts to mitigate the evil that wealthy corruption loves to wield at every level of social injustice.

With his feature film debut, writer-director Nicholas Jarecki seems to be pushing a right-wing agenda that portends all is fair in white-collar crime, regardless of its severity. Perhaps he imagines himself playing to a chorus of potential backers for his future films.

Gere’s Robert Miller is a filthy rich hedge fund manager who doesn’t play his cards nearly as close to his chest as he imagines. His daughter Brooke (Britt Marling) works for daddy at his firm as its chief accountant. So when the numbers don’t add up due to Robert’s shady bookkeeping regarding a missing $400 million, Brooke has some very pointed questions for the man she calls father. No matter, since Robert is desperately selling off the company to any high bidder willing to wash away his gigantic theft.

“Arbitrage” presents a crash course in how such grand larceny gets buried in the passing of financial sector hands. You’ve heard of money laundering; this is embezzlement laundering, and you’re supposed to like it. 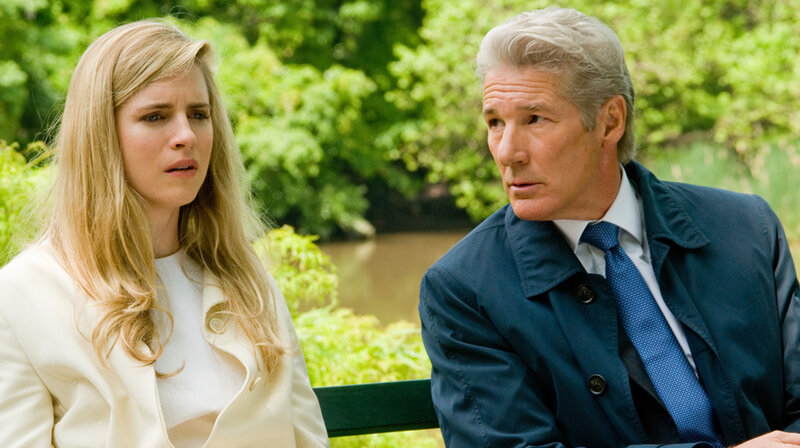 Robert has more pressing problems that arise from a nasty car accident that leaves his artistically inclined French mistress Julie (Laetitia Casta) dead in the passenger seat. Robert has been playing the age-old game of stringing Julie along by promising to leave his long-suffering wife — Ellen (Susan Sarandon). An impulsive decision to leave the scene of the crime leads Robert to call in a payphone favor from Jimmy (Nate Parker), the twentysomething African American son of Robert’s former chauffeur. It doesn’t take Tim Roth’s self-righteous police detective Michael Bryer long to implicate Jimmy in the felony. Fortunately for Robert, detective Bryer is positioned as a surrogate antagonist just as ethically challenged as he is.

“Arbitrage” is calibrated to have its audience rooting for Robert to get away with his sins — which include adultery, murder, and gross corporate theft. Even with Richard Gere pouring on the charm, the film can’t sustain the weight of his character’s calculated malevolence. If you’ve ever wondered about Gere’s “thin and unclear” qualities that John Wesley Harding sang so eloquently about, you can witness them on prime display here. 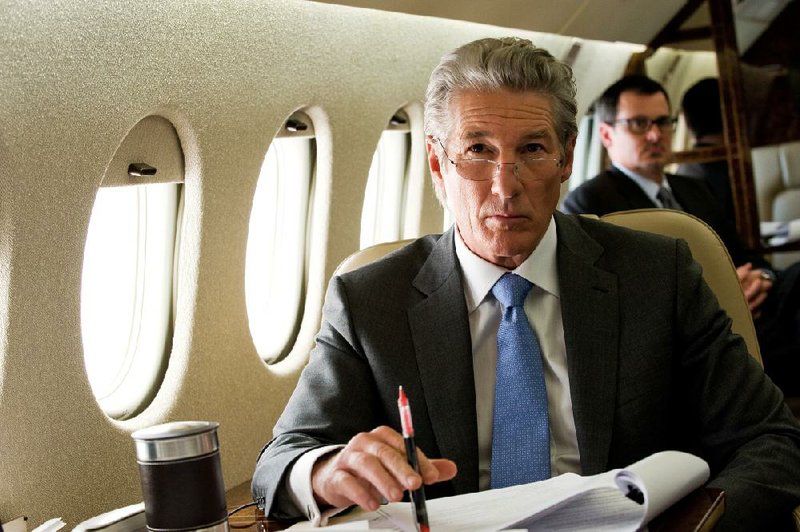 Jarecki paints himself into a corner when he attempts a protagonist-substitution that puts Jimmy in the hot seat. Then, instead of following through with the logic of the situation, the filmmaker lets himself — and Richard Gere’s waffling antagonist — off the hook with a cheap plot device that screams with pretentiousness. Nicholas Jarecki is not seasoned enough as a screenwriter to pull off such an ambitious piece of bait-and-switch. Jarecki’s claim to fame was as a co-screenwriter on the 2008-failed adaptation of Bret Easton Ellis’s “The Informers.” With no such novel-approved template to draw from here, the filmmaker is in over his head. 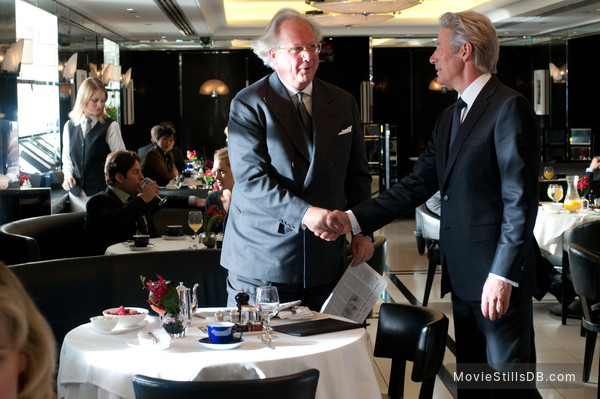 “Arbitrage” is a right-wing propaganda movie that favors the Bernie Madoffs of the world. It’s a film for Wall Street types to work up a light sweat over while pondering what they’d do if they were in Robert Miller’s situation. Republicans will love “Arbitrage.” It will make everyone else want to hiss.