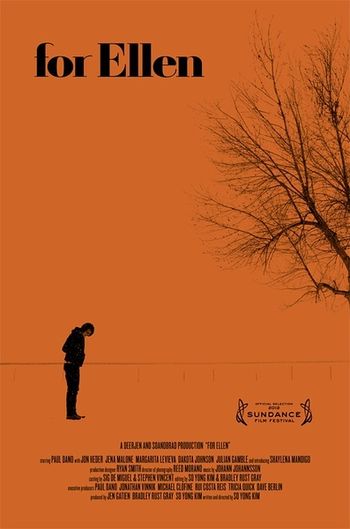 Minimalist filmmaking goes amiss in the immature hands of South Korean auteur So Yong Kim. Ostensibly a character study, “For Ellen” sees Paul Dano playing Joby Taylor, a rudderless singer in a nondescript pro rock band who drives to the snowy Midwest to tie up overdue divorce papers with his estranged wife Claire (Margarita Leveiva), and spend a couple of quality hours with his six-year-old daughter Ellen for the first time ever. A circular character arch prevents the film from achieving any lasting effect. Dano gives a convincing performance as the twentysomething rocker who wears his ego on his black-polished-nails, but the movie is a wash. “For Ellen” is the kind of indie effort that critics like Variety’s Robert Khoehler bend over backwards to praise when the film’s actual dramatic consequence akin to a tub of cottage cheese. It’s clumpy, white, and bland. Personally, I never want to see another film by So Yong Kim. Ever.

Listed below are links to weblogs that reference For Ellen: