Rife with every non-politically-correct social tic that '70s America had to offer, “The Bad News Bears” (1976) is a sports comedy that serves as a cultural benchmark.

Everything from racial integration and feminism to immigration and the country’s lawsuit-happy tendencies weave their way into Bill Lancaster’s brilliant script. Mostly however, the story is about a group of young kids learning life lessons through playing the game of baseball under the guidance of a highly imperfect coach. 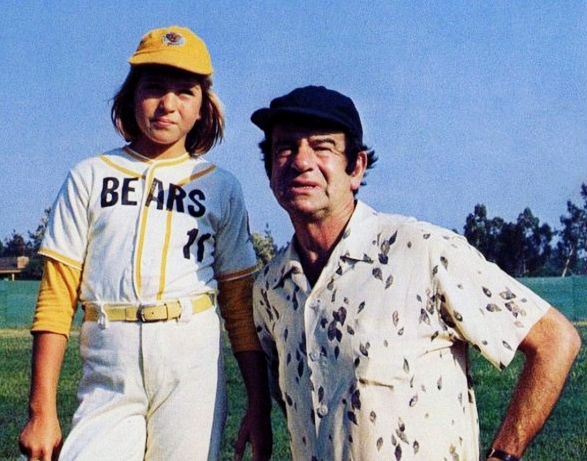 Walter Matthau’s no-nonsense Morris Buttermaker is a chain-smoking alcoholic pool cleaner living in Los Angeles. He drives an old beat-up Cadillac with the trunk taken off to accommodate his tools. Based on his penchant for mixing whisky with his beer, Boilermaker might just as well be his nickname.

Walter Matthau’s nonchalant sense of comic timing is a beautiful thing. He makes every beat ring with truth and just the right tone of justifiable wit. 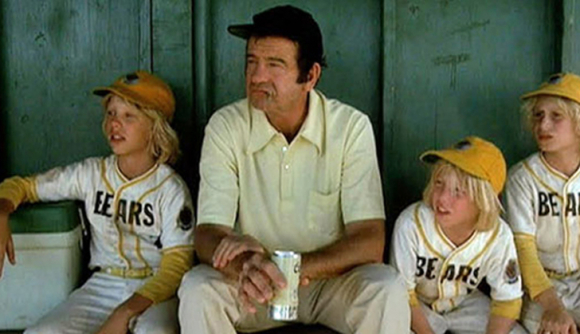 His character’s reputation as a former minor-league pitcher of some renown brings Morris to the attention of Mr. Whitewood, a slimy city councilman with an axe to grind regarding his son Toby’s eligibility to play ball in the area’s competitive little league teams. Whitewood hires Morris under the table to coach a team of some of the worst child baseball players ever assembled. 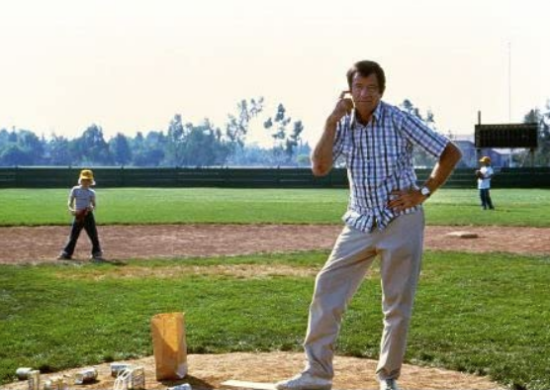 Morris initially takes his coaching duties with a grain of salt. But leading such a group of disadvantaged misfits does something to Morris after his Bears team is forced to forfeit their first game after the score goes to 26 – 0 against the Yankees. The Yankees’ mean-spirited coach Roy (deviously played by Vic Morrow) makes a taunting rival for Morris to prove himself against via his team’s race for the championship. Director Michael Ritchie understands the thought processes of his cast of 12-year-olds. Patient attention is given to allowing the kids to voice their well-drawn personalities. The kids curse, call each other dirty names, fight, and try to prove themselves on the baseball field.

Tatum O’Neil is the movie’s secret weapon. Fresh off her Oscar win for her film-acting debut in “Paper Moon” (1973), O’Neil plays Amanda Whurlitzer, the daughter of a woman Morris used to date. Morris knows Amanda throws a mean curveball because he taught her how. He bribes her into pitching for the Bears by agreeing to pay for her ballet lessons. Tatum O’Neil attacks her scenes with a determined poise that shines opposite Matthau’s leathery delivery. Acting magic happens. Jackie Earle Haley makes an impression as the neighborhood tough kid who Morris plots to get on his team. 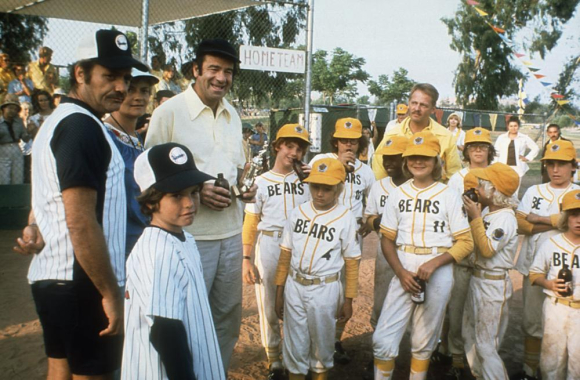 “The Bad News Bears” is an entertaining example of the kinds of freedoms kids in the ‘70s took for granted. It’s also one of the best sports comedies ever made.