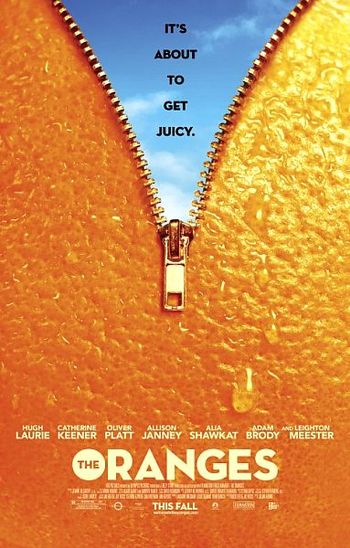 Apart from the guilty pleasure of watching Hugh Laurie act out a male fantasy scenario of being seduced away from his character’s stale marriage by a twentysomething woman, “The Oranges” lacks wit, intelligence, and narrative command. Television director Julian Farino makes his feature debut with a script that would have faired better with a small screen treatment. 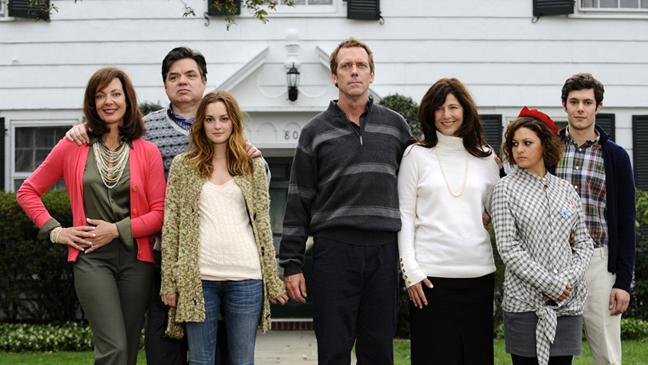 The wobbly story plays a shell game of guess-the-protagonist. David and his across-the-street neighbor Terry (Oliver Platt) have enjoyed years of ritualized camaraderie that includes regular holiday celebrations at one another’s homes. David’s frumpy daughter Vanessa (Alia Shawkat) gets voice-over narration duties to tell of her broken friendship with Nina, who moves back home with mom (Allison Janney) and dad after losing faith in the hipster dude she thought she was going to marry. 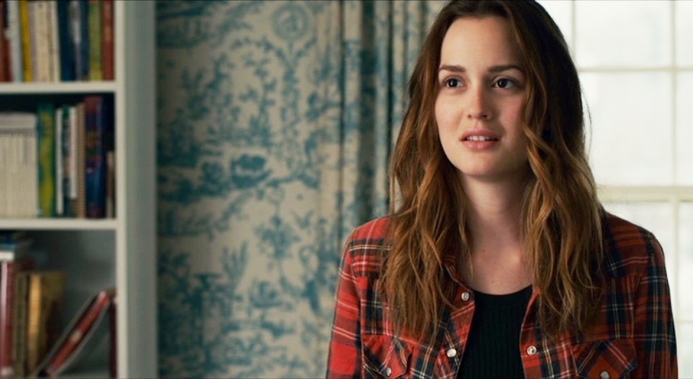 Catherine Keener is burdened with the thankless task of playing David’s wife Paige, who abandons her family home to ring up an enormous bill at a bed-and-breakfast hotel that she rents out in its entirety.

Screenwriters Ian Helfer and Jay Reiss paint their unlikeable characters into a corner. Against all logic David chooses to pursue his relationship with Nina to its inevitable dead end. Barely a spark of humor ever pops in this would-be romantic comedy with nowhere to go.