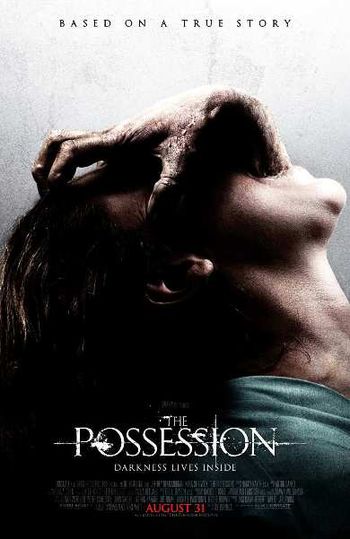 Put “The Possession” on the short-list for one of the worst films of 2012. This hackneyed knock-off of William Friedkin’s 1973 masterpiece “The Exorcist,” indulges in direct scene references — witness a nighttime parking lot scene where the streetlight comes down just as it did outside the house in “The Exorcist.” There’s even a medial exam sequence patterned after the CAT scan that Linda Blair’s Regan underwent in Friedkin’s film. The movie goes laughably afield in supplanting the “Exorcist’s” Catholic underpinnings with a Jewish-themed exorcism of a Jewish demon called a Dybbuk. Jeffrey Dean Morgan gives a one-note performance as Clyde, a recently divorced family man torn between coaching a college basketball team and spending visitation time with his two preteen daughters. The filmmakers go so far as to name Clyde’s demonically chosen daughter “Emily” — think “The Possession of Emily Rose.” 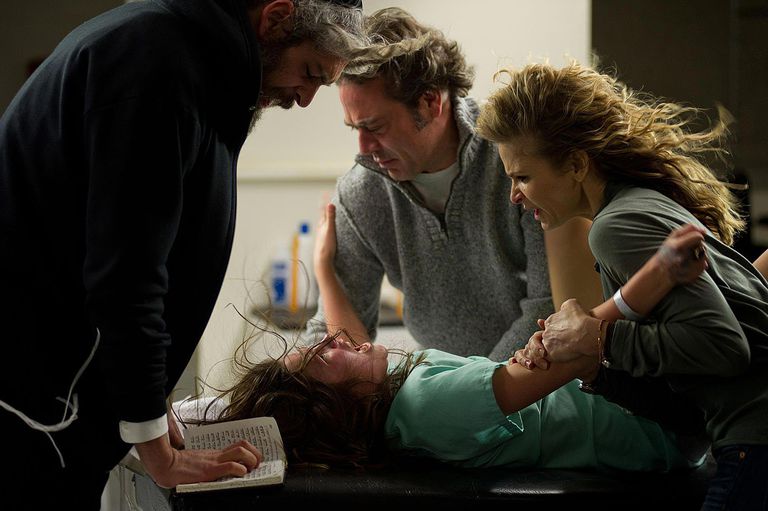 Rachel O’Toole’s production designs are the stuff of student filmmaking. The film’s lighting designs are nonexistent. A florescent lit climax looks like the production ran out of money before shooting finished.

Little Emily (Natasha Calis) — here’s a name you’ll never hear again — picks out an inscribed Pandora’s-styled box while shopping at a yard sale with dad. Although the box is clearly meant to stay sealed, Emily finds a way to let its freaky little bald female demon out. A swarm of moths that overtake Emily’s room are a clue to her bizarre behavior that follows. She stabs daddy in the hand with a fork, and smacks the stuffing out of a class bully. Bad Emily. Her right eyeball has a tendency to roll up inside her head. The makeup department goes Gothic in giving Emily a porcelain completion and dark circles under her eyes to show that she is truly off the reservation.

Neglected subplots — such as the guy Clyde’s ex-wife Stephanie (Kyra Sedgwick) is currently dating — crumble like so many stale cookies. If it weren’t for its exaggerated music cues, there would be no suspense, much less surprise, in an infuriatingly derivative horror movie as fractured as the glasses that Emily smashes at her mother’s bare feet. “The Possession” is truly an unwatchable film that pretends to be a horror movie.