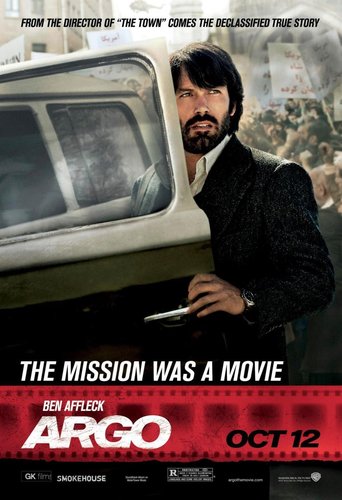 The most exciting part of this Ben Affleck-directed story about a legendary rescue mission is the film’s opening crash-course in 20th century Iranian history. The United States-supported 1953 overthrow of democratically elected Prime Minister Mohammad Mosaddegh is briefly revealed to have been the start of everything terrible that has occurred in Iran since. You might be shocked to learn that before the coup Iran’s oil was nationalized and its citizens lived better than Americans do now. But that’s not what “Argo” is about. If you’ve seen the trailer, there’s no use seeing the movie because you already know all there is to know. Where a great politically driven ‘70s era potboiler like Olivier Assayas’s “Carlos” presented clear and cogent studies of its characters, “Argo” doesn’t take the time for such narrative luxuries. It’s a movie that works from the outside in, rather than the other way around. As the film’s lead, Affleck underplays his troubled character Tony Mendez so much that it draws undue attention. It’s as if he’s saying, “no acting going on here.”

Mendez is a CIA technical operations officer specializing in covert operations. The proverbial poop hits the fan in Iran when Islamist protestors take over the U.S. Embassy in Tehran in support of the Iranian revolution. Six quick thinking American diplomats hit the back door and are given refuge in the protected home of a Canadian diplomat and his wife. Back in the States, CIA officials wrangle about how to rescue the fortunate six who aren’t counted among the 52 American hostages who would be held for 444 days. Mendez hatches a plan to go into Iran alone as a Canadian film producer for a fake sci-fi movie entitled “Argo.” There, he’ll corral the six Americans as part of his film crew and get them out. 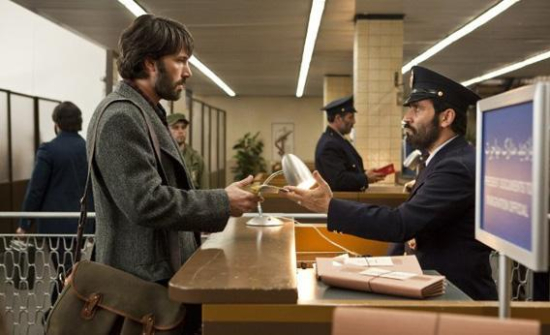 Debut screenwriter Joshuah Bearman comes at the material all wrong. A limp subplot involving the film’s phony L.A. office — inhabited by old school Hollywood blood played by Alan Arkin and John Goodman — is a throwaway succession of backslapping. Why the filmmakers for both "Flight" and "Argo" deemed it necessary to play Rolling Stones songs as Goodman's personal theme music is a subject worth investigation. The effect is just as silly in both cases.

The climax is so overleveraged that you never for a second believe that it’s any reflection of what actually happened. If it is historically accurate, then the screenwriter and filmmakers were simply clueless about striking the proper tone of realism to keep the audience in the hot seat. “Argo” is one more example of how Hollywood waters down its movies for mass consumption. They need to try harder. Much, much harder.

Posted by Cole Smithey at 05:24:06 PM in Political Thriller