The Wachowski Siblings and Tom Tykwer Play The Wrong Loops 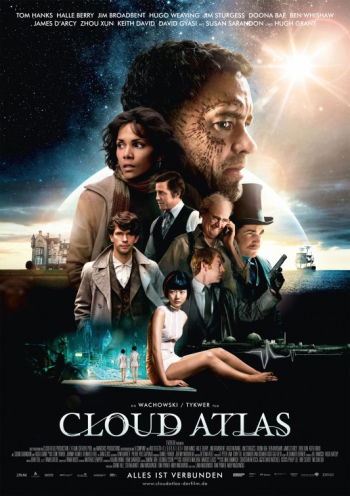 “Cloud Atlas” wants to be more than it is. For a movie pitched as a Meta-Meta exploration linking all of humanity through the distant past to the recent past to the faraway future, it nosedives before getting out of the gate. Tom Hanks, Halle Berry, Jim Broadbent, Hugo Weaving, Jim Sturges, Doona Bae, and Ben Whishaw take the hit. Recycling its primary cast members beneath various layers of make-up disguises as six different characters each, the six-plot movie looses inertia as it goes along. None of the story threads is strong enough on its own to effect much of an emotional connection with the audience. 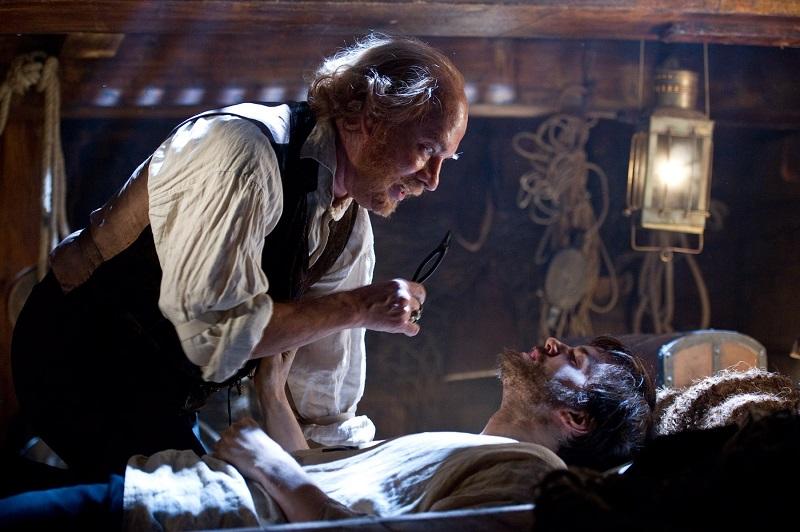 The incongruent narrative fragments seem like something emanating from the mind of an overachieving high school dramatist rather than from an accomplished author. “Cloud Atlas” might be based on David Mitchell’s novel, but you won’t likely be inspired to track down the book after seeing this collage film treatment from the collaborative writing-directing team of Tom Tykwer (“Run Lola Run”) and the Wachowski siblings — Lana and Andy (“The Matrix Trilogy”).

More insipid global-melodrama than condensed world history-epiphany, the ostensibly dense narrative unpacks a story about Tom Hanks’s Zachry, a remote island native living with his farfetched tribe in the distant future. Zachary is a coward whose self-preservation during an attack by a rival clan haunts him. Hanks also shows up in an 1850 sea tale about Adam Ewing (Jim Sturges). Onboard a ship sailing through the South Pacific, Dr. Henry Goose (Hanks) is slowly poisoning Ewing in order to steal his chest of riches.

In 1930 Cambridge, composer Vyvyan Ayrs (Jim Broadbent) hires the assistance of Robert Frobisher (Ben Whishaw), a young gay amanuenses to rapidly transcribe Ayrs’s musical ideas. The ambitious Frobisher is concurrently working on his own symphony piece, the Cloud Atlas Sextet. Frobisher’s musical motifs hardly make a mark on the overall film, in spite of their ostensibly relevant potential to do so.

‘70s era San Francisco is the setting for Halle Berry’s hotshot newspaper reporter Luisa Rey to engage in a bit of hazardous investigative journalism regarding corporate corruption. Like a snippet set in 22rd century Korea — called “Neo Seoul” — the story is primarily an excuse for a series of television-quality chase sequences. 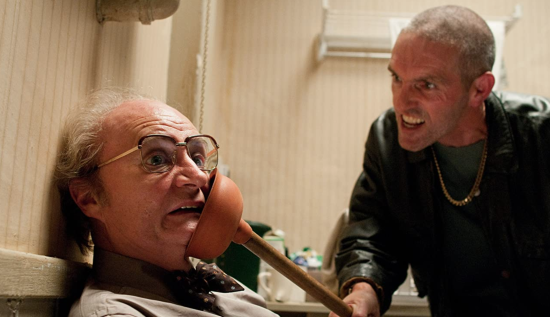 Such are the dramatically limp yarns that flip about like dying fish on a dry dock. Scene by scene, there’s never enough dramatic meat to evince more than a deliberate chuckle or blush of disapproval at the comic book moments on display.

“Cloud Atlas” is a cut-up anthology of stories that simply aren’t very good. The source material is too shallow to be placed under the magnifying scrutiny of a film. You end up staring down a large vessel at an artificially reflective — read meaningless — surface. It’s the opposite experience of a cinematic transformation of a short story by an author such as Philip K. Dick, whose loaded microcosm mini epics have been expanded into enormously gratifying cinematic experiences — see “Minority Report.” David Mitchell’s work isn’t anywhere near as fertile as that of Philip K. Dick.

As directors, the Wachowski siblings have fallen off the map since “The Matrix Trilogy” ended with a whimper rather than the promised bang the series seemed to indicate. “Speed Racer” (2008) was too much of a guilty pleasure for the under-ten-set. For all of the Wachowski’s innovative work on the film, “Speed Racer” registered as an embarrassment.

“Cloud Atlas” is a curiosity. Faint gestures pointing toward humanity’s powerless nature as changeable creatures emerging from the same steaming brine, hint at the sex-reassignment that Larry Wachowski — now Lana — went through.

If indeed humanity is doomed to implode by a death of a centillion cuts — as “Cloud Atlas” indicates — then the filmmakers here have done their part to make that demise all the more dreary.