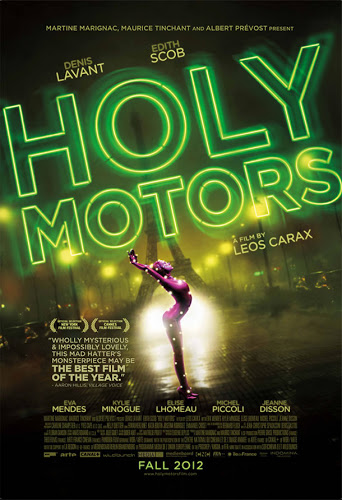 Leos Carax’s long overdue return to feature filmmaking — after such dark delights as “The Lovers on the Bridge” (1991) and “Pola X” (1999) — is a self-reflective avant-garde examination of external and internal influences. Writ large is Carax’s identification of global surveillance technology that has turned citizens into performers acting out their daily realities on an imaginary grand stage. As atoms react differently when observed through a microscope, people act contrarily with the knowledge that their every action is being recorded. 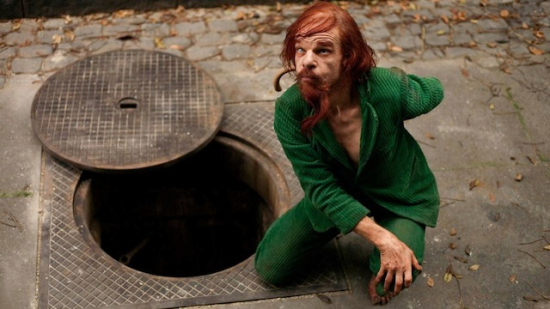 Carax’s returning muse Denis Lavant (“The Lovers on the Bridge”) puts his chameleon acting skills to broad use as Monsieur Oscar, a bizarre public performance artist employed by an unseen organization to carry out various disguised missions in and around Paris. Lavant’s delightfully changeable character is transported about in a stretch limousine/dressing room from which his chauffeur Celine (Edith Scob) delivers him to each new location. Over the course of the film’s single day timeframe, Monsieur Oscar has nine “appointments” of distinctively different formulations. 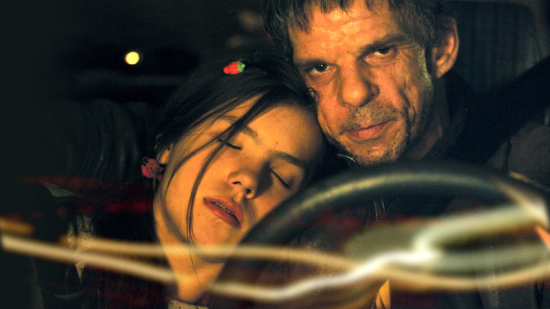 Monsieur Oscar morphs into a hunched-over gypsy beggar before showing up as a green-screen ninja for a film production. He eventually turns into a reptilian sex god making love with his ideal mate. Freaky.

As the story shifts through its visually and thematically challenging episodes, Carax’s stream-of-consciousness narrative circles back to personal allusions to his former films. The Pont-Neuf Bridge plays a significant aspect beneath the now-decrepit La Samaritaine department store where Monsieur Oscar has an impromptu meet-up with a former lover who breaks into song before making a dramatic exit. 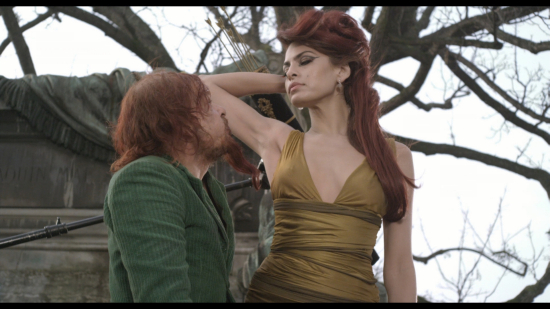 “Holy Motors” is a cinema lover's movie. Those familiar with Leos Carax’s films will identify the otherwise obscure references he makes to his past work, and to his current state of mind as an artist of the cinema. Challenging yes, but worth every minute.