One of the ten best films of 2012, Andrew Dominik’s cold-blooded satire of American corporate-political-capitalism cuts through its subject like a freshly sharpened guillotine blade.

Fortunately someone still wants retribution for the $7.77 trillion that Bush and Obama handed out to criminal banksters while ordinary Americans sank into poverty. Justice, however, has to wait. Until then: allegory. 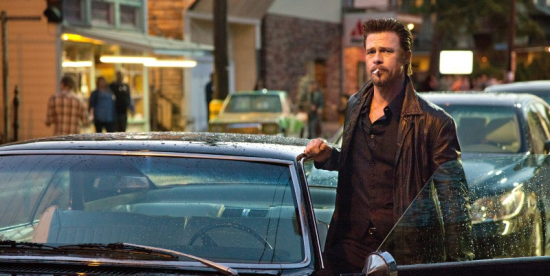 The New Zealand auteur responsible for the magnificent neo-western “The Assassination of Jesse James by the Coward Robert Ford” manipulates the crime drama genre with an irrefutable cinematic panache. Economic metaphors big and small fill the narrative about gangster vengeance set in 2008. Dominik based the script on a George V. Higgins novel — see Peter Yates’s “The Friends of Eddie Coyle.” 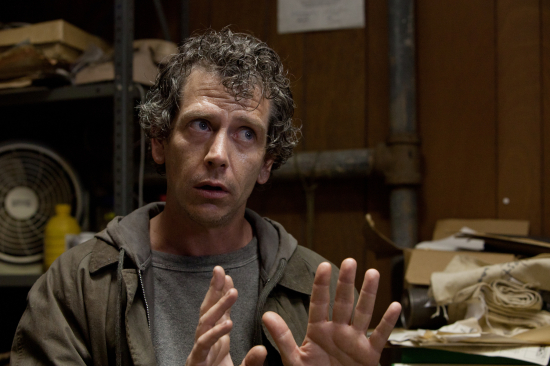 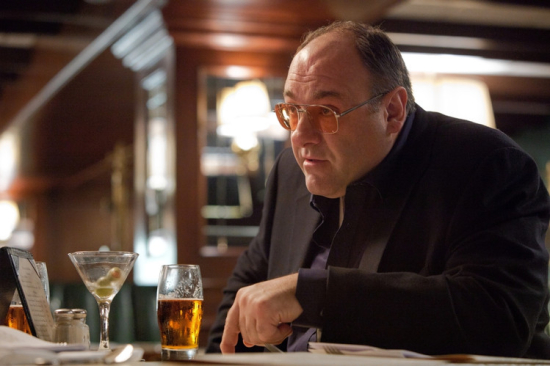 Speaking truth to power comes with a thick dose of irreverent irony. The fact that Russell is a junkie with not much more on his mind than where his next fix or lay is coming from is beside the point. Russell is on the lowest rung of society’s ladder but that doesn’t prevent him from maintaining self-respect along with his hedonistic priorities. 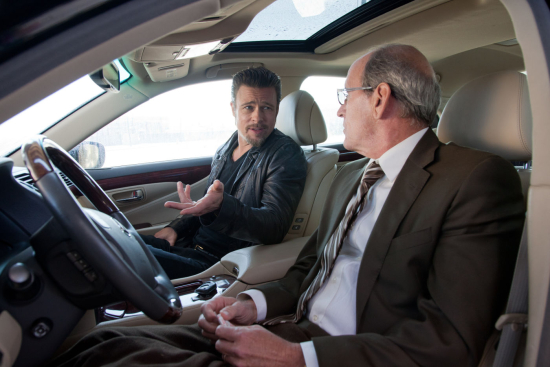 The successful heist that follows requires a visit from a corporate-minded honcho known only as the Driver (Richard Jenkins). From his mobile office the Driver hires professional hit man Jackie Cogan (Brad Pitt) to settle the score. The men who orchestrated and executed the heist have to pay. No crime goes unpaid. If you’ve ever wondered about what it would look like for the banker bastards who ruined America’s economy to have to make penance with their own flesh, the filmmakers deliver a beautifully brutal vision of such a comeuppance. 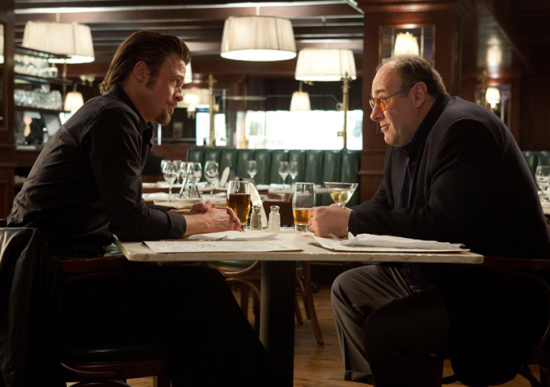 The film’s evocative title stretches across the narrative like a transparent satin sheet. Brad Pitt’s character is methodical and cynical, yet he’s fully aware of the emotional burden of his deadly occupation. He says of his profession that he likes to kill from a distance; predator drones come to mind.

Jackie goes so far as to ask for the assistance of a hit man he worked with several years earlier. James Gandolfini’s Mickey isn’t as together as he used to be. He’s turned into a raging alcoholic with an addiction to prostitutes. If Jackie represents a self-protective mercenary, Mickey is a cautionary vision of where Jackie could be headed if he isn’t careful. Everyone gets corrupted. It’s just a matter of time and opportunity. 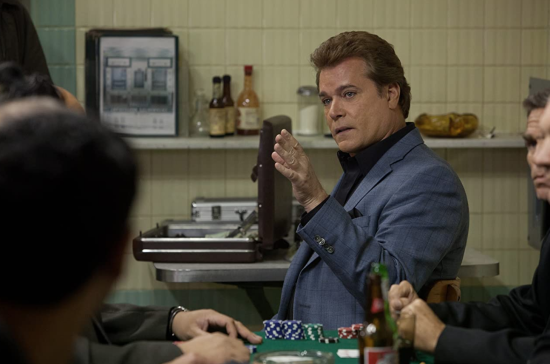 “Killing Them Softly” is a stylish crime drama made up of piercing monologues and canny dialogue that reverberates with social implications. Nothing is wasted. People and places are appropriately ugly.

Every performance is spot-on. That the film so effectively lashes out at economic hypocrisy in America is truly rewarding. Here is a one-movie revolution against all of the corporate-controlled two-party bullshit that has turned America into a third-world dictatorship. Brilliant is too soft a word to describe it.

LA GRANDE BOUFFE (THE BIG FEAST) is recorded live at Blind Tiger Ale House (Once New York City's best rated craft beer bar) where we judiciously choose a beer from the Tiger's generous board that we think most appropriate for our film of choice.

New York City cinephile Martin Keller returns for a follow-up to our Andrew Dominic's companion-piece film duo "THE ASSASSINATION OF JESSE JAMES BY THE COWARD ROBERT FORD" and "KILLING THEM SOFLTY." 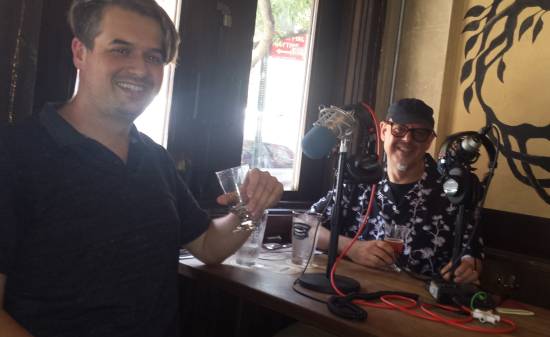