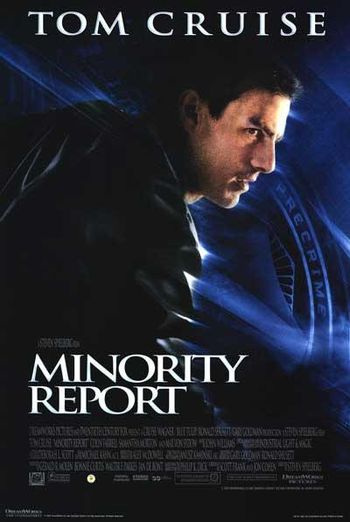 Steven Spielberg's 2002 treatment of author Philip K. Dick's dystopian short story is a visually arresting murder mystery as prophetic about the obliteration of personal privacy as the story’s “precog” characters are at predicting murders before they occur.

For the film’s neo-noir look Spielberg employed a bleach bypass process to create a washed-out monochromatic appearance. The method has since been repeatedly copied as a kneejerk visual style for many other film genres. 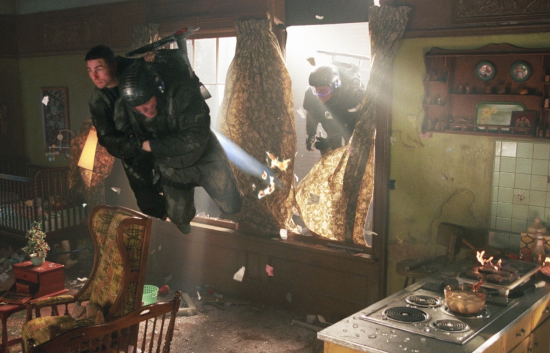 The year is 2054 in Washington D.C., where murder has been eliminated for the past six years thanks to a Justice Department program called "PreCrime." Think Patriot Act. 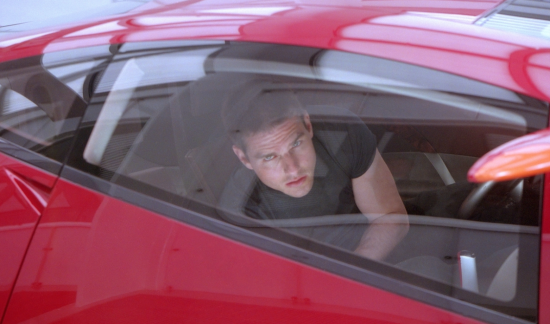 Floating in a saline pool, the trio’s brains are wired to computers, thus allowing the PreCrime unit — lead by Captain Jon Anderton (Tom Cruise) — to apprehend murderers seconds before they commit their would-be crime. Since the film’s release, of course, the American government has initiated preemptive wars, arrests of terror "plotters" who never got past the talking stage of their future crimes, and drone strikes that make a “PreCrime”-styled approach to domestic law enforcement seem prescient.

Anderton joined the program after the disappearance of his young son tore apart his marriage. His emotional Achilles’ heel serves as an ideal tool for the powers that be to set him up as a poster-boy killer in order to obfuscate other illicit secrets. 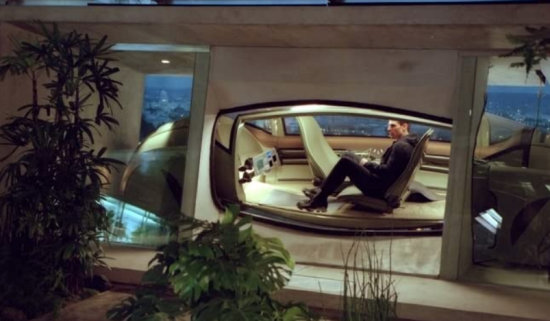 In a trope recognizable to fans of sci-fi movies like "Logan's Run," precog-based evidence that Anderton will kill a victim within 36 hours sends him on the run from the same team of enforcement agents he once led. The “minority report” of the film’s title refers to conflicting intelligence among the precogs regarding their hive-mind premonitions. If there is such a conflict in the precog’s report on Anderton, it resides inside Agatha’s mind. In order to infiltrate his former workplace and retrieve the potentially vindicating information from Agatha, Anderton undergoes a gruesome eye-transplant procedure performed by a doctor he formerly helped imprison. 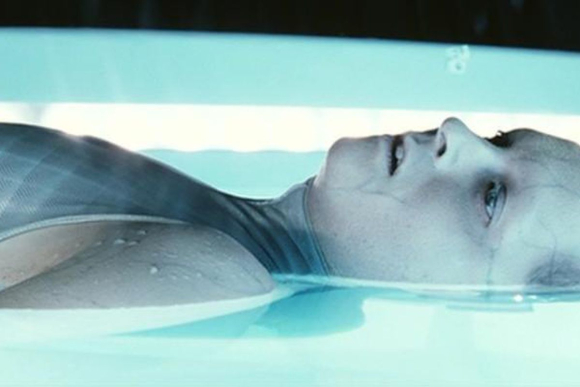 U.S. District Attorney detective Danny Witwer (Colin Farrell) is also hot on Anderton’s trail, as part of an investigation into potential flaws in the PreCrime program. 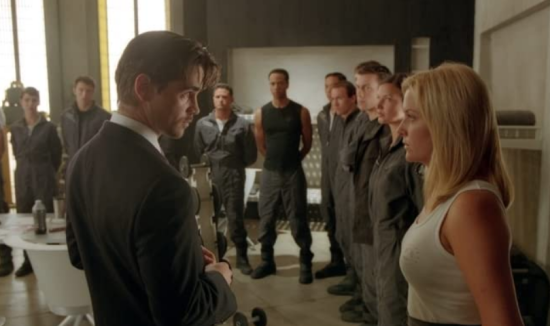 Spielberg borrows elements from films as diverse as “The Big Sleep” to “Don’t Look Now” to “The Man Who Fell to Earth” to articulate his vision. The movie's combination of old and new influences energizes its believable futuristic elements. Targeted advertising follows citizens wherever they go — addressing them by name at each point of contact. A highly conceptual “maglev” system allows computer-controlled cars to travel vertically as well as horizontally. 3D holographic — anticipating today's Apple-created "pinch screens" — recordings of Anderton’s son and ex-wife allow him to revisit his past during a melancholic episode that resists the film’s otherwise noir aspects. Such thoughtfully designed features contribute to the film’s success as a pioneering achievement in the dystopian genre.