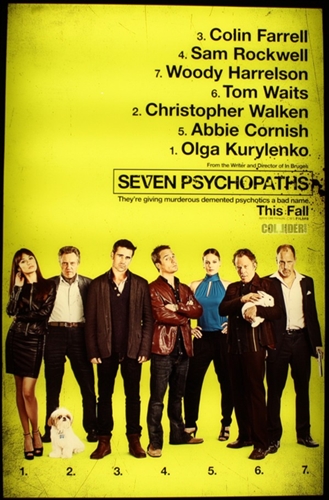 Martin McDonagh’s energetic follow up to his wildly humorous and thoughtful 2008 film “In Bruges” is a self-reflexive study in post-post-modern cinema. “Seven Psychopaths” has a more throwaway quality than “In Bruges,” and as such doesn’t stick in the memory nearly as long. But that doesn’t prevent McDonagh’s rollicking dichotomy of violence and wit from delivering palpable smacks to your funny bone and stomach.

The film’s cherry-picked cast works wonders. More than a little Tarantino-informed humor sets up the movie. A couple of young hit-men (played by Michael Pitt and Michael Stuhlbarg) stand on a Los Angeles discussing the possibility of being shot in the eyeball. “Did Dillinger get shot in his eyeball?” The guys are waiting for the arrival of the woman they are assigned to kill. What they don’t know is that there is a serial killer going around killing, well, serial killers. Killer X always leave behind a trademark playing card to mark his territory after the deed is done. 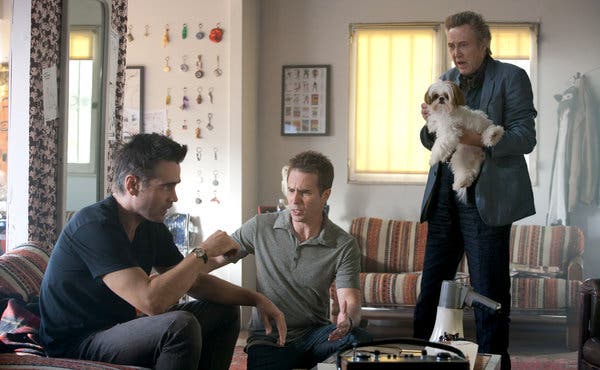 Cut to Sam Rockwell’s Billy sitting on a sunny patio with his screenwriter pal Marty talking over Marty’s budding script. Billy worries about Marty’s alcohol intake; he is Irish after all. He also wants to insinuate himself as Marty’s writing partner. He gives Marty an idea about a father who haunts his young daughter’s killer after the killer is released from prison after becoming a genuine man of God — if such a thing exists. The constant presence of said father drives the man to slit his own throat, after which the father commits the same act of suicide on himself. Gory stuff. Inspired, Marty takes out a classified ad calling on all former psychos to come tell him their sick and twisted stories. Tom Waits eats up the screen as Zachariah, a white-rabbit-carrying nut job who was once himself a killer of serial killers. Zachariah had help from an African American female accomplice. Such is the baroque storytelling that McDonough employs as obvious bits of dialogue foreshadowing come to fruition. If anything, Seven Psychopaths is too clever for its own good because it can’t possibly live up to the narrative soil it so carefully tills. Some scenes — as one involving the cancer-ridden wife to Christopher Walken’s character with Woody Harrelson’s mob boss — don’t unfold with the complexity the filmmaker foretells. Still, the ensemble performances are delightful. Rockwell is a blast, and Walken is fully in command. 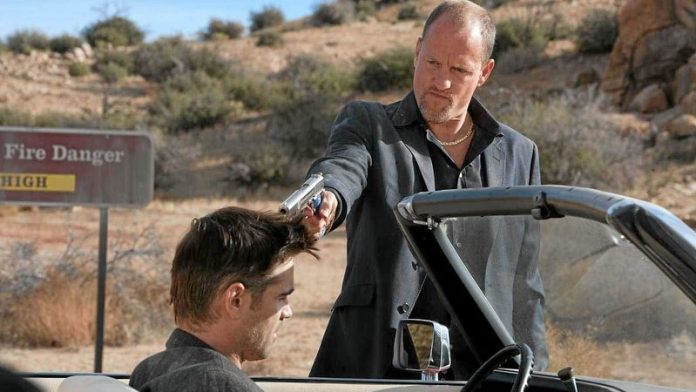 “Seven Psychopaths” is a different kind of popcorn movie. It’s gritty and bathed in irony. Martin McDonagh has made a movie-metaphor about his condition as a tormented screenwriter and director attempting to give the market something that will sell and still satisfy his artistic integrity. It’s a stepping-stone film for McDonagh to get out of his system. Now, maybe he can go on to make a different kind of film every bit as his first one.