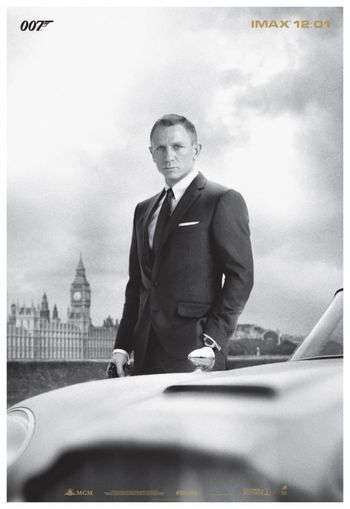 Stripped Down Bond
No Competition With Craig’s 007 Around

The 23rd installment in the longest-running franchise in cinema history is crafted to satisfy fans from every era of the series based on the Ian Fleming novels. Sam Mendes tastefully directs this outing of action-based espionage, gently shifting gears between a literary approach to wit, style, personality, and spectacle. Cinematographer Roger Deakins (“No Country for Old Men”) gives generous attention to the visual context of the story. Every composition is a pristine expression of Ian Fleming’s dangerous milieu. 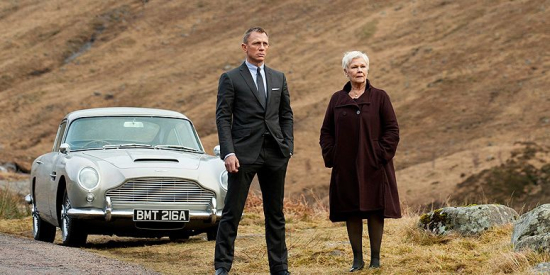 “Skyfall” stands as one of the shrewder blasts of ecstasy in the long list of compelling 007 spy flicks. Another flawless credit sequence — this time featuring an evocative title song powerfully delivered by Adele — follows a mind-blowing mano-a-mano chase scene, between Bond and an estimable baddie, traveling across foot-wide rooftops on motorcycles before heading off on foot across the roofs of a fast-moving train. Audience heart rates go up. This is super-cool-action at its best.

The first act is a nod to the leaner and grittier modern James Bond — as exquisitely played by Daniel Craig. He’s a first-rate action movie actor. This time around, Bond has to return to work after being thought dead for several years. He’s been off playing civilian — i.e., drinking a lot of booze. Sometimes he lets a live scorpion sit on his drinking hand as he slugs down a glass in a remote tropical island bar. 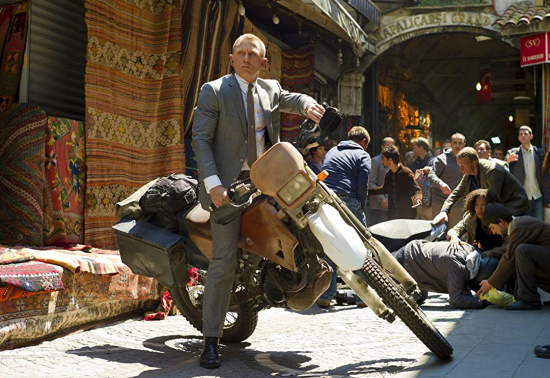 A computer-hacking genius villain named Silva launches an attack on Her Majesty’s Secret Service’s — with M (played by the irrepressible Judi Dench) in the crosshairs. Sliva has been busy revealing the identities of NATO undercover agents embedded in terrorist organizations. Javier Bardem introduces the film’s second act as Silva, with a ridiculously entertaining monologue entrance that hip drama students will be doing at auditions. Bardem’s effeminate Silva carefully measures his steps as he stalks his prey — a momentarily confined James Bond. Javier Bardem spits up and chews out scenery in Tarantino-worthy scenes. There’s a little Hannibal Lechter in Bardem’s creation. Talk about a case of perfect casting — whew. 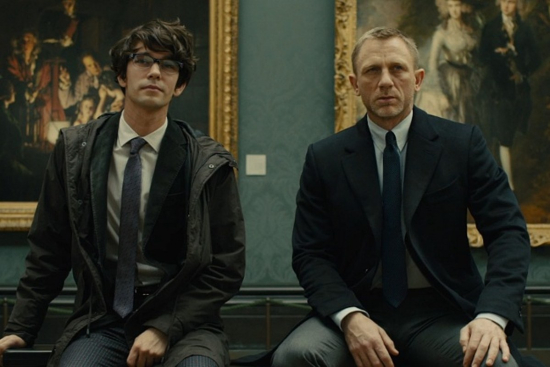 The third act provides a retro vantage point. Bond pulls his trusty 1964 Aston Martin (circa Sean Connery's "Goldfinger") out of the garage, and treats the audience to a gloomy bit of nostalgia-defying action set in the Scottish mansion where James Bond lived as a boy when his parents died. Bond says he “never did like the place.” One thing's for sure, it won't be the same when his enemies are through with it. 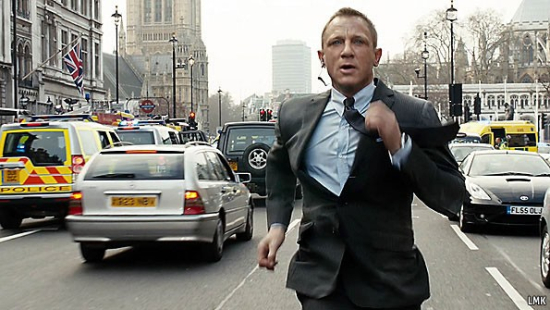 The James Bond franchise is especially compelling for the lengths filmmakers go to in sidestepping hard-worn formula clichés with each new movie. Although it’s all the rage to beat up on Daniel Craig’s last Bond outing “Quantum of Solace,” it too fits the demands of the charismatic series. Daniel Craig’s trilogy of James Bond films — which started with “Casino Royale” — are hard-edged and efficient. The bottom line is it’s taken too long for “Skyfall” to come out. Four years is too long to not be witnessing the best incarnation of James Bond ever. Great as he is, Daniel Craig isn’t getting younger.

Posted by Cole Smithey at 05:47:12 PM in Action/Adventure, Franchise