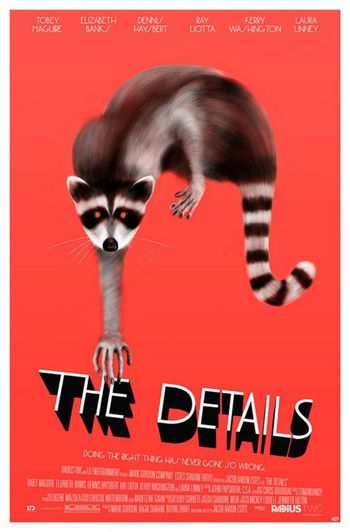 An eight-year absence from filmmaking pays off in spades for writer-director Jacob Aaron Estes — whose feature debut “Mean Creek” made a splash in 2004. Drawing on elements from his own marriage, Estes crafts a snazzy black comedy that frequently dips into the realm of the absurd if not surreal territories of a bent reality.

Tobey Maguire makes for one hell of an anti-protagonist as Dr. Jeffery Lang, a physician whose marginal approach to life means that he cheated his way through medical school. You couldn’t call him likable, but Maguire manages to keep the audience on his character’s side nonetheless. The filmmaker certainly punishes his wrongheaded protagonist plenty for his sins — some of which are of the indirect variety. 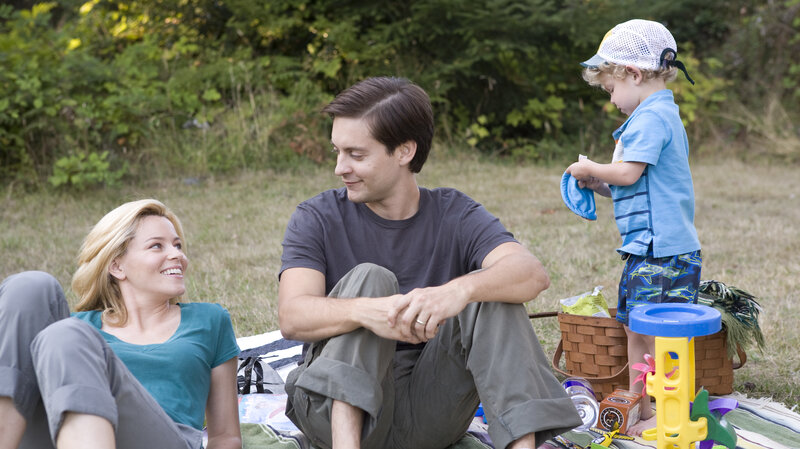 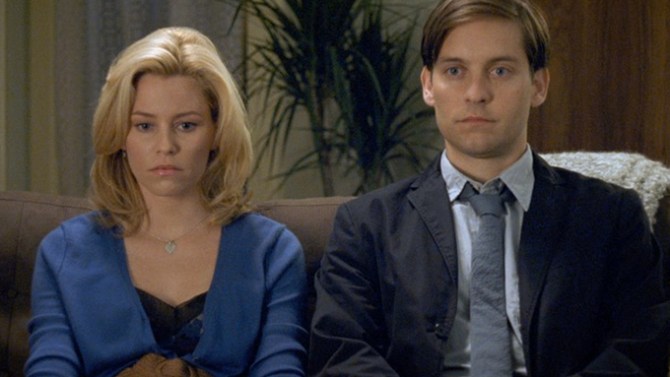 Marred-life for Jeffery revolves around caring for the worm-rich sod he recently had laid in his backyard. Every night raccoons attack the yard, overturning the sod into a mass of dirt lumps. Jeffery imagines that the sod is at the root of troubles with his attractive wife Nealy (Elizabeth Banks). The couple hasn’t had sex in over six months, and even then it was “make-up” sex. A shouting match fight puts a real-life tone to the expertly devised comedy at hand. Bitterness and acceptance come with the territory.

One of the film’s greatest strengths is its accomplished rendering of every single character. Everyone, from Jeffery’s kooky next-door neighbor Lila (hilariously played by Laura Linney in her funniest performance to date) to his basketball practice pal Lincoln (Dennis Haysbert), registers as a leading character. Kerry Washington shines in a juicy role as Jeffrey’s old college pal Rebecca Mazzoni, the wife of Ray Liotta’s theme-carrying character Peter. Ray Liotta is enjoying something of a career comeback between his impressive performance here, and Andrew Dominik’s Cannes Festival favorite “Killing Them Softly.” Liotta’s contribution to the film’s centerpiece scene of public-spectacle retribution for Jeffrey is a real barnburner. Such sophisticated ensemble black comedies don’t come around often.

“The Details” reflects America’s modern day cynicism derived from its Government-articulated categorical imperative of rewarding corruption — reference the Bush/Obama two trillion seventy billion dollar bailout as a reward to banks, on top of the many billions of dollars the same financial institutions stole with illicit tactics such as credit default swaps. The movie is essentially a comedy of errors that could have been avoided with a more responsible intentionality.

Jeffery can’t get a building permit to make home renovations, so he attempts to placate his neighbor so she won’t report him when he goes ahead with the plans anyway. The one altruistic thing Jeffery does — his one redeeming gesture of profound personal sacrifice — gets rewarded with a shocking bit of misinterpreted violence. Even the act of expressing a vicious wish comes back to haunt him.

Jacob Aaron Estes has made a plucky movie that challenges its audience to examine their own less than ethical behaviors. Just as it is in life, it’s all fun and games until someone looses their household.