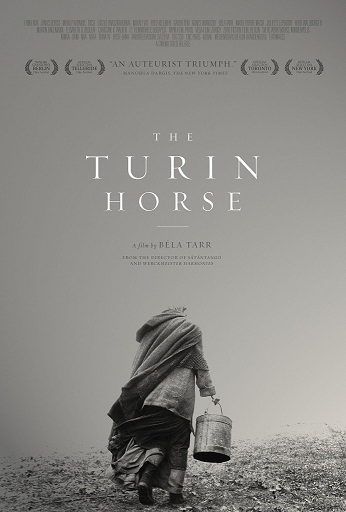 Though his films are roundly rejected by the Budapest filmmaking community, Béla Tarr is a Hungarian national treasure. An avid outsider famous for his seven-hour-plus adaptation of “Satantango,” which Susan Sontag championed as “enthralling for every minute,” Tarr’s dedicated use of black-and-white film stock and long static shots inspires comparisons to the films of Andrei Tarkovsky. Although filmmakers such as Gus Van Sant have attempted to replicate Béla Tarr’s minimalist approach, few have come near his level of compositional mastery. 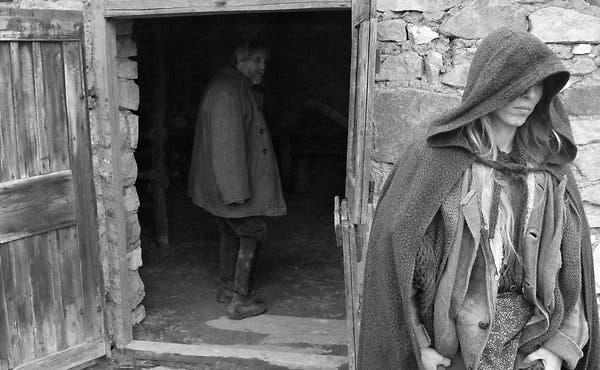 At the relatively young age of 56, Tarr announced he would retire after the completion of his eighth feature film, “The Turin Horse.” Co-written by Tarr and László Krasznahorkai, the anti-narrative picks up after an apocryphal event on January 3, 1889 in Turin, Italy, when the German philosopher Friedrich Nietzsche came to the defense of a stubborn carriage horse being brutally whipped by its driver in a piazza. As folklore goes, the sobbing Nietzsche wrapped his arms around the elderly horse’s neck in order to protect it from the enraged driver before the philosopher fell to the ground. Within a few weeks Nietzsche became mentally ill and was mute for the last ten years of his life, which he spent in the care of his mother and sisters.

Over a period of six days, Tarr flips the tale's perspective, examining the apocalyptic fallout for the horse and his cruel master, Ohlsdorfer. Like Nietzsche, Ohlsdorfer’s world is breaching a cataclysm. The elderly carriage driver (János Derzsi) lives an impoverished existence in a remote cottage with his adult daughter (Erika Bók). His right arm paralyzed, Ohlsdorfer uses his left hand to smash open his daily ration of a single boiled potato, upon which he sprinkles a few grains of rock salt. A powerful windstorm consumes the region. When Ohlsdorfer attempts to pursue his daily vocation, the horse unequivocally refuses to participate. The horse also refuses to eat. Father and daughter go about their routine: sleeping, dressing, eating, and staring hopelessly from their farmhouse window at the fierce unceasing wind. The nearby town has been destroyed. “Everything’s in ruins.” “Everything’s been degraded.” So tells Ohlsdorfer’s neighbor Bernhard (Mihály Kormos) when he visits to buy a bottle of brandy. Bernhard speaks the story’s theme of capitalist destruction when he describes man’s insatiable desire to acquire everything in a “sneaky, underhanded fight” that debases all it touches. The all-knowing informant discloses man’s contemptuous grab for immortality, which negates all existence. 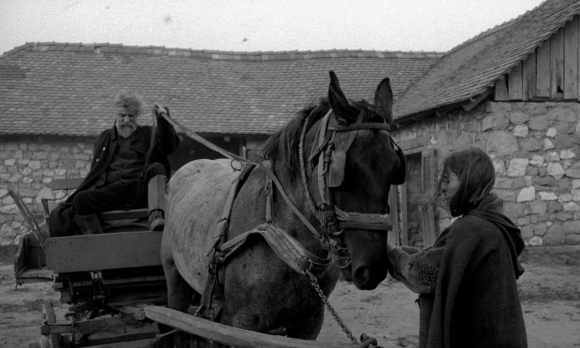 Another visitation — this time by a band of gypsies looking for water — heralds the drying up of the farm’s well. When father and daughter pack up in an attempt to escape their dire fate, the perpetual storm drives them back.

“The Turin Horse” is an existential provocation to its audience, demanding that we consider the effect of man’s judgments against nature and ultimately against ourselves. The film’s repeated visual, musical, and thematic motifs make it simultaneously transparent and opaque. 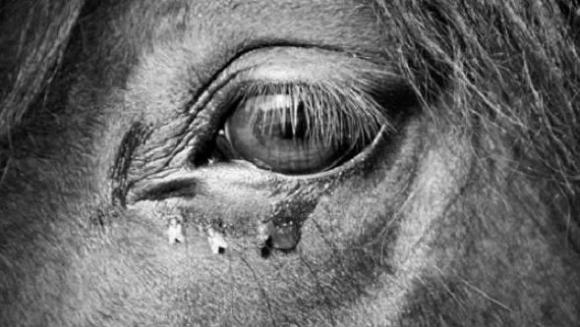