MEA MAXIMA CULPA: SILENCE IN THE HOUSE OF GOD 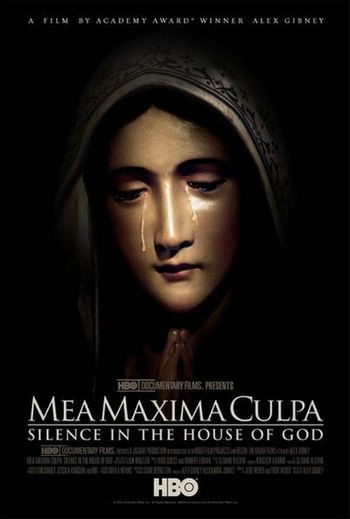 Although the film’s editing leaves something to be desired, “Mea Maxima Culpa: Silence in the House of God” achieves its lofty goals as a documentary exposing the Catholic Church’s systematic attack on children — mainly boys — at the hands of an endless stream of church-facilitated pedophile priests.

The film is nothing if not incendiary in its gloves-off approach to its subject, as blown open by a group of four deaf adults who were all abused sexually at St. John’s School for the Deaf — in Milwaukee, Wisconsin — by Father Lawrence Murphy. The predator priest admitted to abusing over a hundred boys when responding to a closed-book investigation.

Using animated sign language to express themselves, the four men — Arthur Budzinski, Terry Kahut, Pat Kuehn and Gary Smith — explicitly retell their individual experiences of being abused by Murphy, and of witnessing him abuse other boys.

Talking-head interviews connect with archival photos and film clips. The filmmaker gets at the global scope of the abuse. Italy, Spain, and Ireland have all experienced repeated scandals regarding pedophile priests. The enormous scale of the Catholic Church’s cover-up of its several centuries’ old problem —rampant sex abuse of children — is outrageous.

You’ve got to hand it to the filmmakers for tackling a hydra of a subject with confidence. The movie drops a bomb in disclosing Vatican City’s statehood attribution as a gift from Mussolini in exchange for the Church’s support of his fascist ideology. You could come away from the movie thinking that the Catholic Church is nothing more than an impermeable mafia of fascist monsters who prey on little boys. I’m not saying you will come away with that appraisal; I’m merely saying you could.