Spinning pap from mental illness, “Sliver Linings Playbook” is more entertaining than it should be. It is still a mediocre movie. That it arrives at the same time as Jacques Audiard’s brilliant convention-breaking romantic drama “Rust and Bone,” bares the gulf that exists between Hollywood’s kneejerk watered-down formulations and a truly gutsy approach to weighty subject matter.

Director David O. Russell (“The Fighter”) is slumming it here. His direction is indefensibly glib in tone. It’s disheartening to watch such trivialized material coming from the same visionary filmmaker who made his name on “Spanking the Monkey,” a groundbreaking independent movie about incest. Perhaps Russell is merely taking a paycheck so he can make a real movie the next time around. Only time will tell. 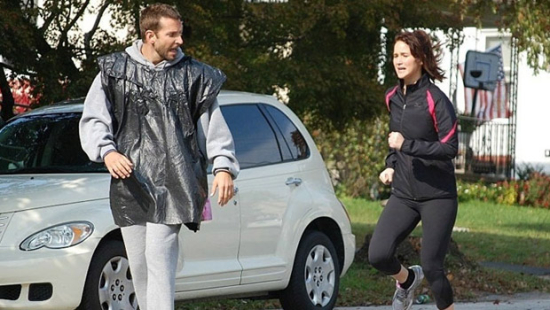 There isn’t a single role that’s appropriately cast. Bradley Cooper’s highly technical acting style is at diametric odds with his flawed character Pat, a manic-depressive presently released from an extended stint in a mental hospital after attacking the man he discovered sleeping with his wife to the strains of a Stevie Wonder song. Coincidentally, the song was the same tune Pat and his wife danced to at their wedding. Oh the maddening irony. Pat’s violent response to catching his wife committing adultery is the kind of response that used to be considered appropriate behavior the world over. Evidently, Americans are no longer allowed to go ballistic when they discover their spouse in flagrante delicto, lest they be shipped off to the funny farm. The narrative soaks in this kind of soporific thematic message. I suppose it isn’t enough that most public water supply systems in America contain the equivalent of a dose of Prozac per single-glass portion. Hollywood wants to give you an antidepressant dose to boot. 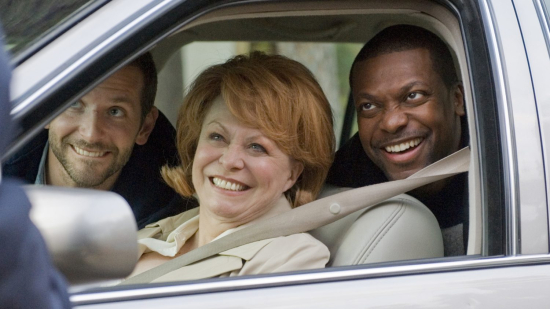 Back at home with his parents Dolores (Jacki Weaver) and Pat Sr. (Robert De Niro), Pat takes up a compulsive reading habit when he isn’t going for long daily running sessions. Pat desperately wants to reconnect with his wife Nikki (Brea Bee). Never mind that she has a restraining order against him. He’s so intent on reinventing his expired marriage that Pat is oblivious to the romantic opportunity that stands in front of him.

Pat’s damaged-goods neighbor Tiffany (Jennifer Lawrence) is also a manic-depressive. Like Pat, Tiffany knows her way around every psychotropic drug known to modern medicine. If anything, Lawrence is even more miscast than Cooper. The worst thing you could say about her ostensibly mentally scarred character, is that Tiffany suffers from an excess of hotness. Her greatest transgression was to sleep with every co-worker at her last job. Like I said, hot. 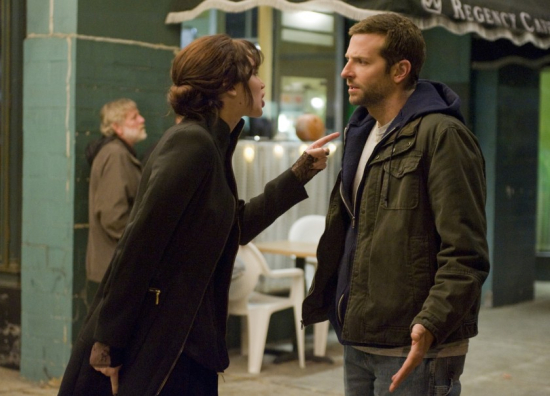 The fact that Tiffany is a crucifix-wearing believer signals the audience not to judge her too harshly. Blame the script, the direction, and the actress. There’s nothing messy or unpredictable — read authentic — about Lawrence’s portrayal. Without putting too fine a point on it, Marion Cotillard would have been a far more appropriate choice for the role — reference her vulnerable performance in “Rust and Bone.” Kristen Stewart or Amy Adams would also have worked better in the role. 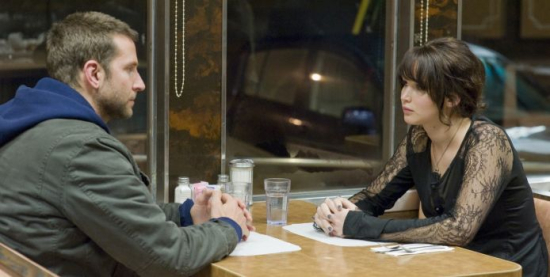 I get it. “Silver Linings Playbook” is a Hollywood romantic comedy made to mask the horrific downside of mental illness while still giving the audience a little sense of superiority as they walk out of the cinema. We’re not supposed to be allowed inside these characters. They are comic constructions. To that end, “Silver Linings Playbook” satirizes where it pretends to examine. As a genre exercise, the film wears its convictions on its disposable sleeve. Crazy people belong together. With any luck, they are all as bright and attractive as Bradley Cooper and Jennifer Lawrence. If not, you’ll just have to watch the movie again.