« BEWARE OF MR. BAKER | Main | BEASTS OF THE SOUTHERN WILD » 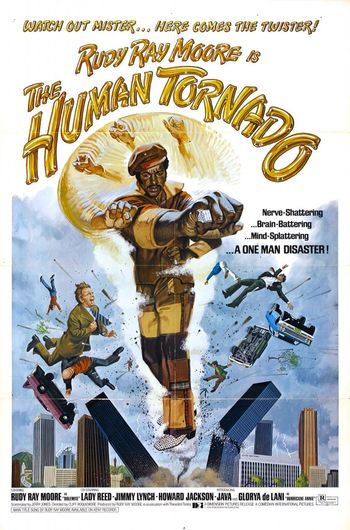 Rudy Ray Moore’s signature style of guerilla blaxploitation filmmaking is as defiant, ribald, and outrageously funny as anything in the genre.

Moore’s alter ego Dolomite, a.k.a. The Human Tornado, acts as an avenging stand-up comic superhero whose flair for rhyme, ass-kicking, and for wearing impossibly gaudy ‘70s clothing knows no bounds.

Dolomite is a man of the people — his people. He behaves as a facilitator for self-respect in the black community. 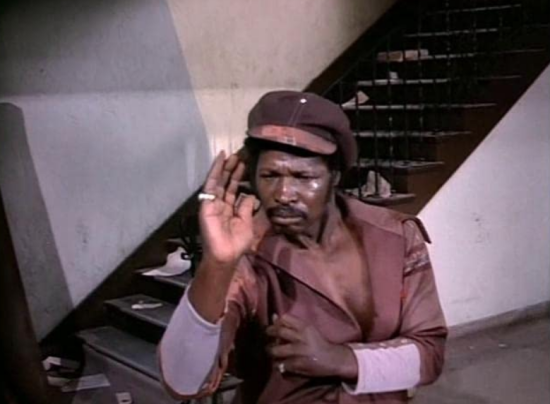 Dolomite pays nearly as much obsequious respect to his minority peers as they pay to him. His cartoonish racist white-folk creations are the exaggerated embodiment of the Republican subconscious mind. 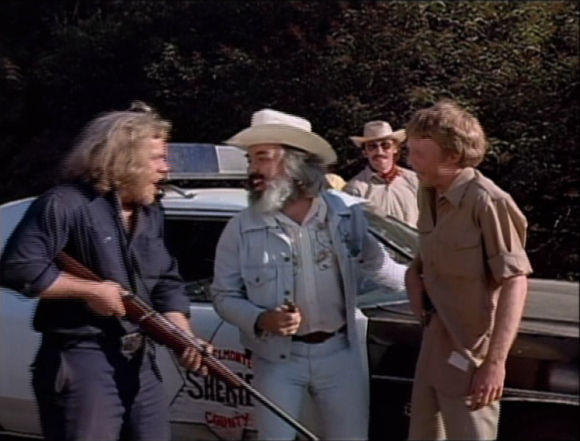 At home, “Brother” Dolomite espouses his belief-system of social justice when he tells his party of supporters; “I think it’s a shame for anyone successful not to share it with others.” He models responsible behavior by donating his mansion to be used as a home for abandoned boys. 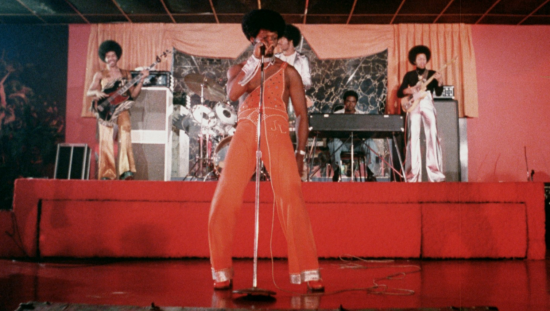 Still, in the next breath, Dolomite the gigolo adjourns to his bedroom to bed the paying wife of the town’s white sheriff Beatty (played for laughs by J.B. Baron). A couple of outraged white-trash hillbillies take notice of Dolomite’s house party in an ostensibly white — read upper-class —neighborhood, and notify the trigger-happy sheriff. A warrantless raid sends the nude Dolomite on the run after the sheriff discovers his wife's shenanigans, and orders his deputy to kill her. Dolomite dispatches the deputy before enacting one of the film’s hilarious bits of self-reflexive humor. 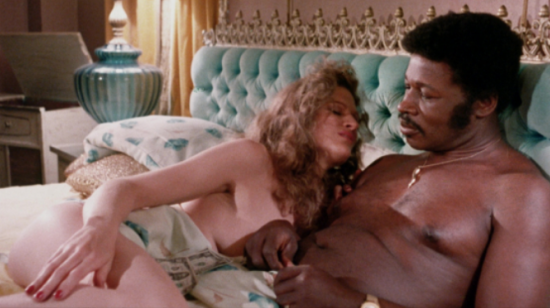 Rudy Ray Moore (Cliff Roquemore) performs his own stunt when he hurls his nude body down a steep embankment like a bag of potatoes. Over an inter-titled “INSTANT REPLAY,” Dolomite narrates, “So you all don’t believe I jump, huh? So watch this good shit.” 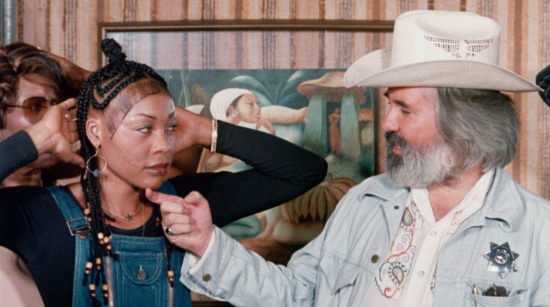 One of cinema’s first carjackings follows when Dolomite and his three pals commandeer a car driven by a gay white guy who is a little too happy to be held hostage for their cross-country escape to California.

The West Coast proves just as inhospitable to blacks as the rest of the country. Local mafia kingpin Cavaletti (Herb Graham) is shaking down Dolomite’s bar-owner friend Queen Bee (Lady Reed). Cavaletti’s boys have taken two of Queen Bee’s female bartenders hostage, and are holding them in a “torture chamuse” [sic] in a house on a hill in Pasadena. 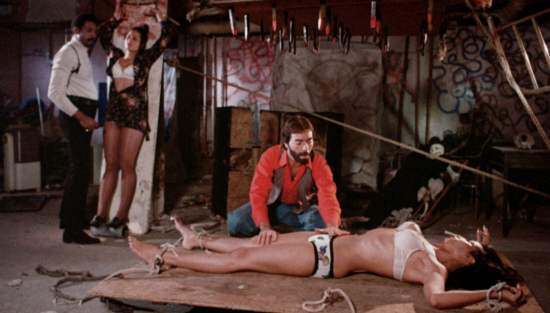 The filmmakers throw in a surreal sex sequence involving Cavaletti’s nymphomaniac wife. Dolomite disguises himself as a ridiculous art-dealer in order to seduce her into revealing the location of the torture house in Pasadena. 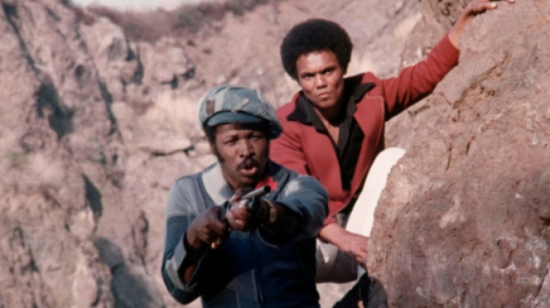 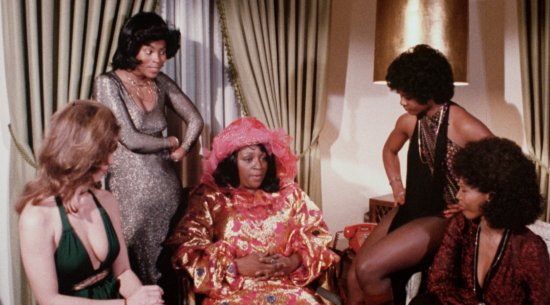 There is nothing sacred or politically correct about Rudy Ray Moore’s humor, which draws significantly from African-American folklore. “The Human Tornado” is meant to divide audiences, and it succeeds unforgettably.

Posted by Cole Smithey at 06:35:26 PM in Blaxploitation, Classic Cinema