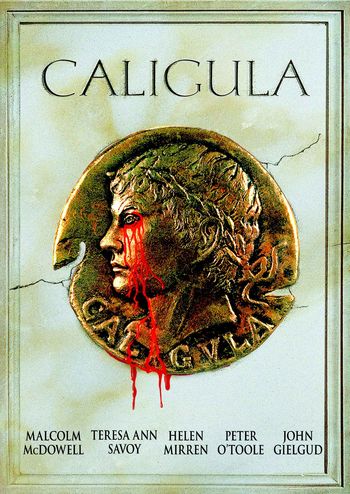 If ever there was a cinematic guide to Roman debauchery — real or imagined — “Caligula” is it. That this bizarre and unforgettable film was directed by Italian softcore master Tinto Brass (“Salon Kitty”) and includes performances by some of Britain’s finest actors (Malcolm McDowell, John Gielgud, Peter O’Toole, and Helen Mirren) adds to the salacious aspects of this infamous movie. Penthouse magazine publisher Bob Guccione produced the film with an eye toward generating a new genre for mainstream pornography, though his vision proved to be doomed.

The rise and fall of Emperor Gaius Caesar Germanicus (a.k.a. Caligula – played by Malcolm McDowell) is presented in an epic theatrical manner befitting a modern-day —pornographic — stage performance. Tinto Brass’s enthusiasm for sparsely appointed grand-scale sets lends an airy atmosphere to the sexually charged political environment of the story. 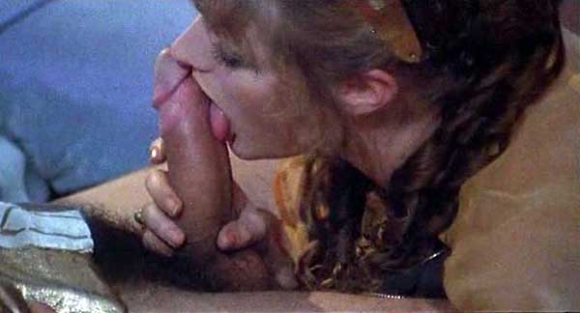 A quote from the Bible introduces the theme. “What shall it profit a man, if he should gain the whole world and lose his own soul.”

McDowell's brief voiceover narration plants his snide retort to the small-minded biblical premise: “I have existed from the morning of the world, and I shall exist until the last star falls from the heavens. Although I have taken the form of Gaius Caligula, I am all men as I am no man and so I am a god.”

Still referred to by his childhood nickname “Little Boots,” McDowell’s Caligula is a spun-off version of the hedonistic sociopathic character he incarnated as his stock-and-trade for such films as “A Clockwork Orange,” and “If…” With easy entre to his cunning historical character, McDowell’s smirking love god defiles all he touches. Not least of which is his sister Drusilla (Teresa Ann Savoy), with whom he maintains an incestuous bond. 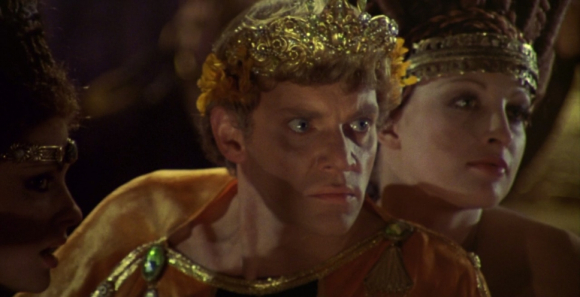 Called upon to visit his syphilis-suffering imperial grandfather Tiberius (Peter O’Toole) on the island of Capri, Caligula observes the orgiastic lifestyle to which he will soon aspire. Tiberius tutors Caligula in the art of meting out fatal warrantless punishments. A soldier is made to drink copious amounts of wine before being gutted so his intestines spill out.

Tiberius explains the distorted logic with which he rules. “Every senator believes himself believes to be a potential Caesar, therefore every senator is guilty of treason — in thought if not in deed.”

The quick-study Caligula soon turns Tiberius’s lessons on his master, enabling the murder of the emperor and usurping his role as leader of Rome. 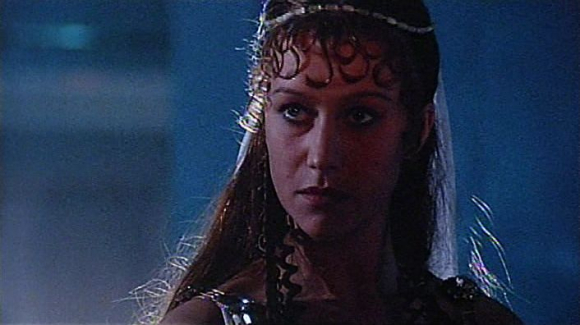