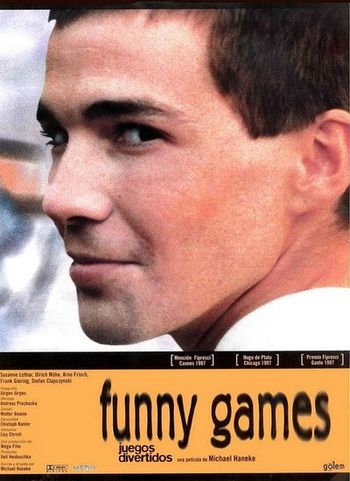 Austrian auteur Michael Haneke successfully mocks the American media’s penchant for violence by pushing the limits of cinematic sado-masochism. The film’s brutal satire, unrelenting misery and surprisingly, its restraint make it all the more demanding of its audience.

Haneke makes his intentions clear in the opening scene; opera music plays in the SUV of a married couple with their adolescent son Georgie (Stefan Clapczynski) sitting contentedly in the back seat. They tow a boat. Husband Georg (Ulrich Muhe) tries to guess which Vivaldi song his wife Anna (Susanne Lothar) has put in the CD player. It’s a rich person’s diversion that identifies the family as operating smugly within a bourgeoisie paradigm of status quo tranquility.

Suddenly, the most satanic wail of anti-music interrupts the action like a dense tidal wave of toxic aural mud. John Zorn’s parody of heavy metal music boldly announces the bitter cold irony in the offing. We see the family’s calm faces like bugs under a microscope. The alienating music baptizes the audience into a distressed state of being. Already, Haneke has begun to objectify the family that will be humiliated and tortured for the remainder of the movie.

Haneke’s compositions are strictly formal. You can sense the rigor with which every long and medium shot is executed. It is a frigid distance, drained of humor. Inside the lake house the camera soaks up the interior elements, inviting the audience to take inventory of the white-walled home. 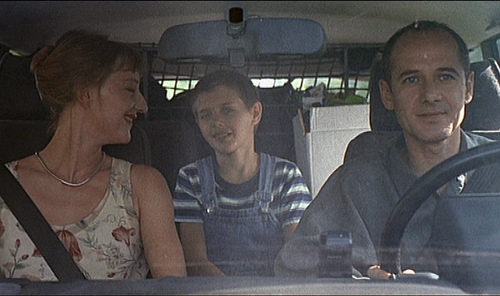 Ann stocks the fridge while George greets a stiffly mannered Fred with his teenaged friend Paul (Arno Frisch) dressed in white shorts, shirt, and gloves — like some kind of germ-fearing tennis player. Alone in the house, Ann is interrupted by Paul’s similarly dressed friend Peter (Frank Giering) asking to borrow four eggs for the neighbor. Ann accommodates but Peter drops the eggs. Ever so politely Peter asks for more. On the surface, Peter and Paul are courteous to a fault. But their actions belie an illogical pretense beyond their smirking but respectful words. 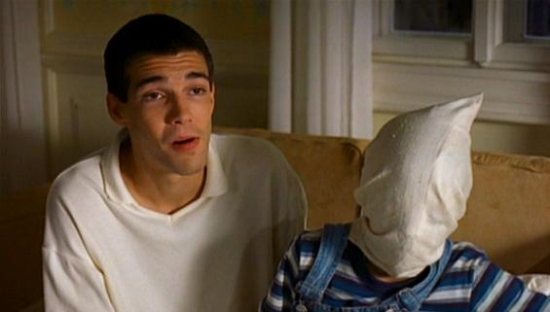 Paul sends Ann on a search for the newly missing family dog. He turns directly to the camera and shares a wink with the audience. It’s the first of several opportunities Haneke takes to check in with the viewer from the bad guy’s point of view. The director lets us in on the manipulation he is committing. He wants you to know, question, and accept that you are nothing but a mere product of the way you have been conditioned by the media.

"Funny Games" represents the most indigestible and unsettling cinematic experience you could imagine. To put it in the words of the director, "It’s a film you come to if you need to see it. If you don’t need this movie, you will walk out before it’s over."