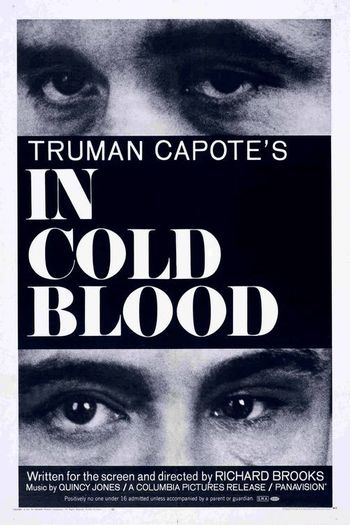 The film offers an in-depth character study of the two romantically compelled ex-convict killers — Richard “Dick” Hickock and Perry Smith. Dick believes a prison-cell rumor about a wealthy farmer named Herbert Clutter in Kansas who reputedly keeps $10,000 inside a safe in his home. Convinced that Perry is capable of murder — based on a story Perry tells about “killing a kid in Vegas with a chain” — Dick obsesses over his partner’s capacity to kill the home’s inhabitants, thus leaving “no witnesses” behind when the time comes to commit the robbery. As with the book, the film delays showing the brutal events of the break-in until after Dick and Perry have been captured. Truman Capote’s gift for inverting form pays off for the viewer in a nuanced way.

Casting relatively unknown actors — Scott Wilson and Robert Blake — enabled the filmmakers to delve further into the ambiguities of the men’s archetypal dominant-submissive relationship. The openly bisexual Dick constantly calls Perry “honey” or “baby” even as he refers to potential female conquests as “chicken.” Sexual tension between the men chafes as they discuss their flawed dreams of a life together in Mexico. Perry has a treasure map to an ocean-buried fortune. He wants to get scuba gear and retrieve the gold. The men’s successful escape south of the border only exposes their incompatibility and their latent desire to be caught and punished for their terrible crime.

The home-invasion robbery and murder of the home’s Clutter family represents a surrogate sex act wherein personal demons are exorcised. It demonstrates the men’s physical and psychological commitment to one another — however tenuous that bond proves to be. 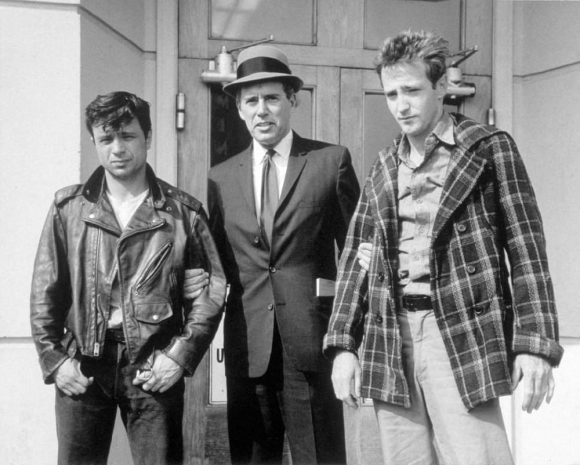 Vivid flashback sequences supply clues about Perry’s childhood of abuse that contributes to his propensity for violence. The joy of watching his rodeo champion mother perform when he was a boy is quashed by his father’s vicious behavior toward him after she goes lost to alcohol and prostitution.

Cinematographer Conrad Hall’s use of black-and-white film stock encloses the narrative in a time capsule that resonates with the period of the crime. The film’s most celebrated scene arrives moments before Perry is to be hung. Robert Blake’s troubled character gives a tragic monologue about his father to the jailhouse priest in the moments before he is to be hanged. A hard rain pours against the adjacent window allowing for a watery reflection on the left side of Perry’s face where sheets of tears seem to fall down. Quincy Jones’s boldly original musical score tempers the mood with an incalculable amount of emotional energy.