« IN COLD BLOOD — THE CRITERION COLLECTION | Main | STAND UP GUYS » 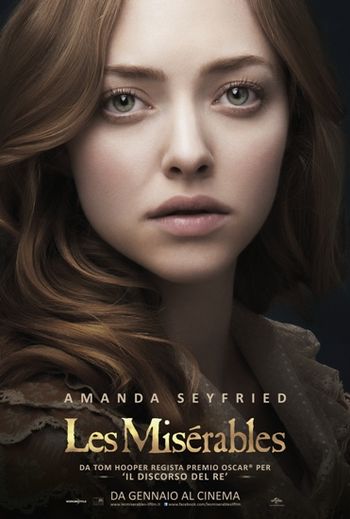 Audiences new to Boubil & Schoenberg’s stage musical — based on Victor Hugo’s novel of historical fiction — may be surprised to discover the wooly narrative isn’t as compelling as they imagined it might be.

The era is 19th-century post-revolutionary France. A villainous police inspector [Javert – Russell Crowe] keeps up his inexplicably motivated lifelong vendetta against Jean Valjean (flawlessly played and sung by Hugh Jackman). Valjean spent 19 years slaving away under Javert’s brutality in Toulon prison for stealing a loaf of bread to feed his sister’s child. Upon his release, Valjean breaks his parole. When the desperate ex-convict attempts to steal silver from a church, the priest there forgives the arrested Valjean. The man of God goes further. He gives Valjean two expensive silver candlestick holders. Informed of his freshly imposed duty to God, Valjean turns over his life. Eight years later he is mayor of a small French village. 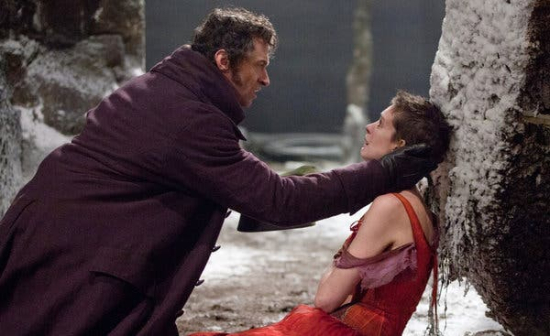 That’s the gist. However, that synopsis doesn’t reveal how mundane the songs sound — regardless of their bombastic arrangements. Then there’s director Tom Hooper’s tendency to reduce big-spectacle settings into a claustrophobic experience. Extended close-ups of the actors’ faces hitting their notes accumulate toward an audience-distancing effect. The visual impression loses context over time because the audience is left to be fixated on every wrinkle on Anne Hathaway’s lips. 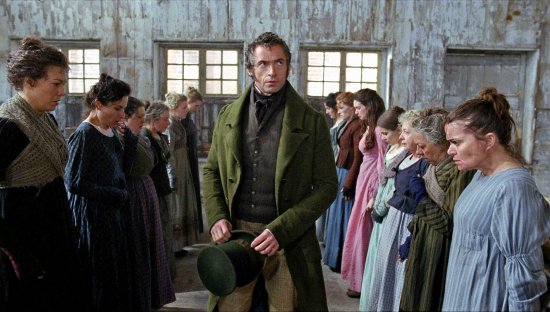 Nonetheless, Hooper’s style works whenever Hugh Jackman is on screen — which thankfully is much of the time. I can’t think of a more capable or ideal actor who could have given such an exquisite singing and acting performance. Every time the epic story threatens to lull you to sleep, Hugh Jackman snaps you back with his commanding presence in his soul-baring role. 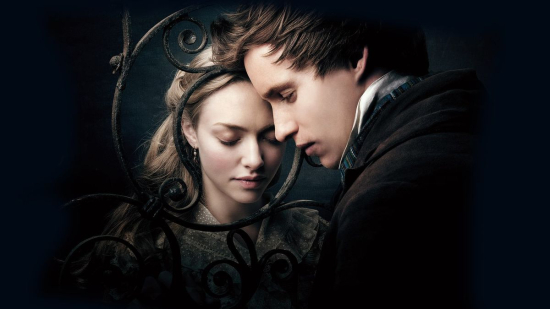 Hooper’s ambitious decision to record all of the singing performances live — rather than record them in the studio and have the actors lip-sync to them — does render some remarkable results. Samantha Barks’s rendition of “On My Own” is a showstopper due to the Manx singer’s remarkable display of restrained emotion that seeps out amid her flawless phrasing. But the live singing aspect also has the effect of exposing flaws, as with Russell Crowe’s hesitant baritone, or Eddie Redmayne’s pained efforts. 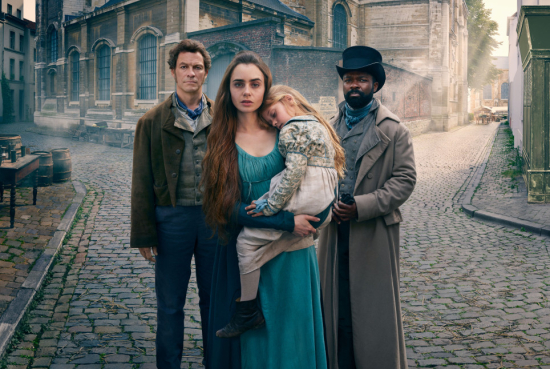 Tom Hooper’s film version of Les Misérables is an entertaining experience, but you might start to nod off from time to time. The film’s opening shot of hundreds of prisoners pulling a giant ship into dock is worth the price of admission alone. Sacha Baron Cohen adds considerably to the film’s much-needed area of comic relief as Thenardier, a pickpocket innkeeper with an equally skilled wife (played by the ever persuasive Helena Bonham Carter). All of the ensemble performances are solid, even if Russell Crowe’s effort is forced and stiff. You won’t leave the cinema humming any “memorable tune” from the show. You will, however, have newfound respect for Hugh Jackman. Daniel Day Lewis has some competition after all.