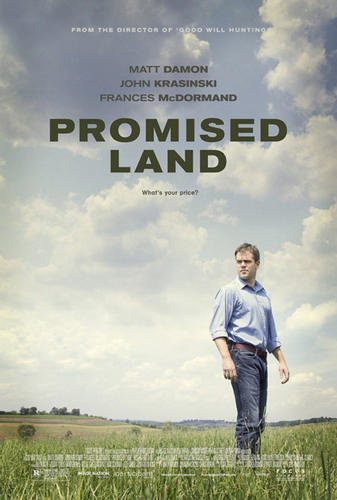 However cynically persuasive Dave Eggers’s treatise on national corporate misconduct regarding the widespread purchase of private lands for hydraulic fracturing (a.k.a. “fracking”), the story flails as a result of its ambiguous protagonist. Matt Damon’s Steve Butler is such a smooth gas-drilling company salesman that he believes his own hype. Steve has not only drank the Kool-Aid of his employer “Global,” he’s almost ready for the cyanide pill. 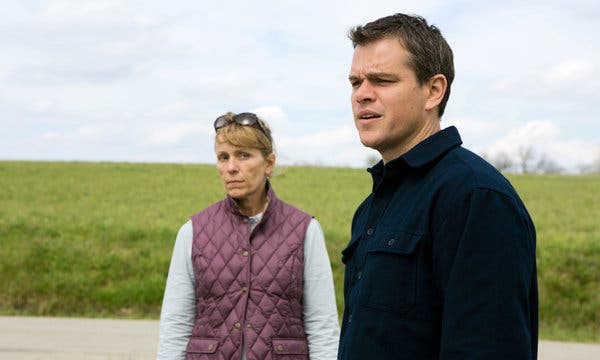 Steve’s Midwest roots give him a running start at winning over his indigenous civilian pray. He wears a pair of 40-year-old “heirloom” boots that prove his street cred. Steve and his all-business partner Sue Thomason (Frances McDormand) carry out their ritual. They roll into town, pick up some generic clothing items from local gas-and-groceries store. Steve and Sue go door-to-door offering money to destitute citizens, essentially ready to sell their soul to the devil for economic liberation.

“Promised Land” is an environment activist film — it was partly financed by Image Nation Abu Dhabi. “Fracking” is explained as being as devastating to natural environments as it probably is by Hal Holbrook’s theme-carrying character. The movie makes back its nut based on a crafty narrative twist that reveals just how corrupt corporations are — and how brutally they play two ends against a dying public middle.