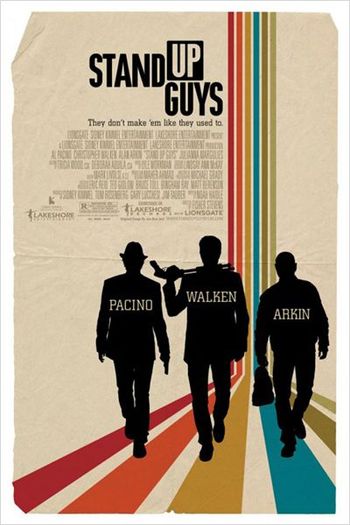 Living Large:
Arkin, Pacino, and Walken Take a Parting Shot at Past Glory

“Stand Up Guys” is a respectable compact crime drama comedy about camaraderie among a passing generation of retired wiseguys. There’s still some honor among thieves. Christopher Walken, Al Pacino, and Alan Arkin play the film’s three mildly flamboyant leading characters with a tacit admission that the tongue-in-cheek movie at hand reflects the disappearance of their own group of iconic actors.

Each player riffs on his own well-worn acting tics as if taking one last gulping spree from the fountain of youth. It’s easy to wax poetic about the pure cinematic joy of watching Arkin (78), Pacino (72), and Walken (69) poking fun at themselves on the big screen. These guys are national treasures. Seriousness also plays a part, but director Fisher Stevens keeps the tone light even if a bittersweet sense of melancholy moors the stream-of-consciousness action. 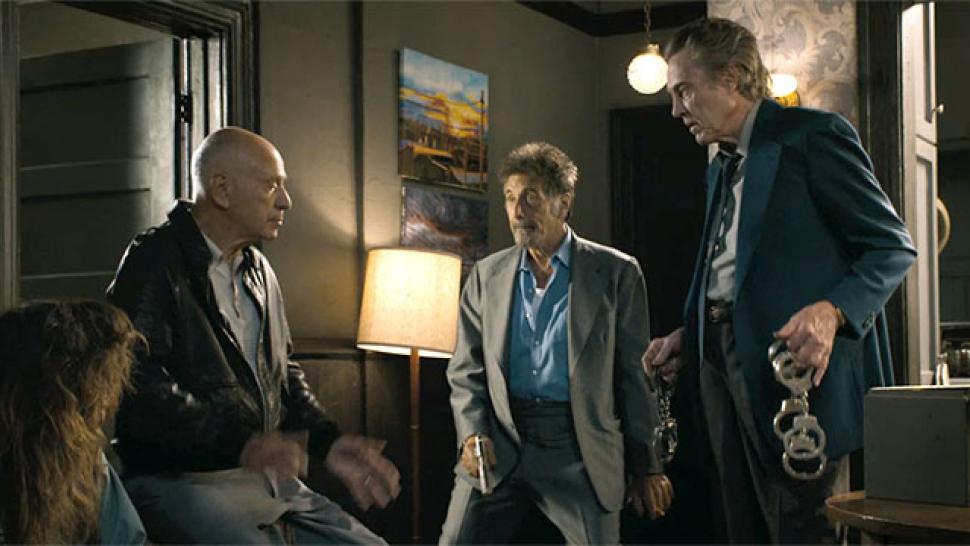 Val (Pacino) gets released from the big house after serving a 28-year sentence for a murder that occurred during a shootout. He steps lightly into the loving arms of his old buddy Doc (Walken). Val never ratted out any of his cohorts, but the local kingpin doesn’t want him around — it was his son that died in the shootout. Doc’s pressing assignment is to kill his pal. Val senses what’s coming. However, Val and Doc have much business to tend to first. They’re not about to let a little thing like the looming sword of Damocles prevent them from celebrating the time they have together. Besides, Doc has to figure out exactly how and when to take out Val. The clock ticks. Strains of Elaine May’s “Mikey and Nicky” (which starred Peter Falk and John Cassavetes) play across the narrative. There’s a refreshing earthiness to the urban drama that resonates with the ‘70s era movie environment where Arkin, Walken, and Pacino ruled the Hollywood roost. Remember “Freebie and the Bean” or “The Deer Hunter”? Classics.

The episodic story transpires over a 24-hour-period. A visit to the old local cathouse is a top priority. Lucy Punch gets in a few comic digs as Wendy, the madam of the house. Drinks and pills are on the menu. Slapstick humor pops when Val suffers the symptoms of a Viagra overdose that sends him to the hospital where the daughter of his old getaway driver pal Hirsh (Arkin) works. Al Pacino’s knack for comic timing pushes through — so to speak. 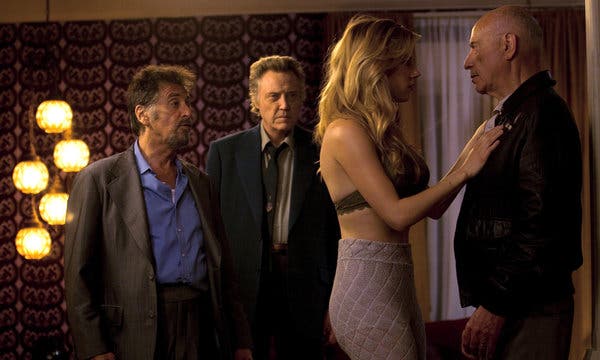 Newbie scriptwriter Noah Haidle struggles at times with tempo. He also doesn’t dig deeply enough into the dramatic potential of some scenes. Still, there’s an upside to the bare-bones script that gives its talented ensemble room to groove. A car chase sequence with Hirsh behind the wheel, surges with a euphoric sense of youthful joy among old guys who are still just boys at heart. Fisher Stevens’s direction is solid, even if it doesn’t arrive with most inspired execution considering the quality of talent in front of the camera. 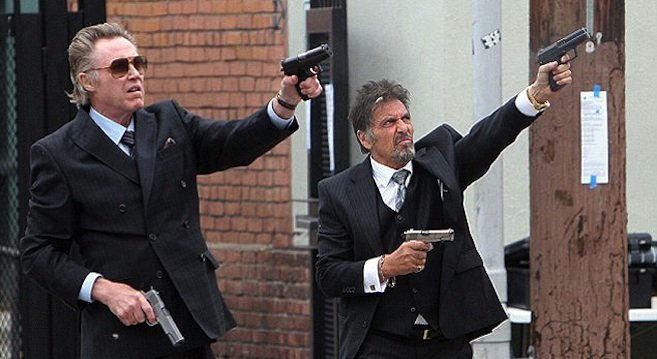 An emotional-hook subplot involving a waitress at the diner Val and Doc keep coming back to, gives Walken and Pacino a chance to spill a few drops of passion without resorting to sappiness.