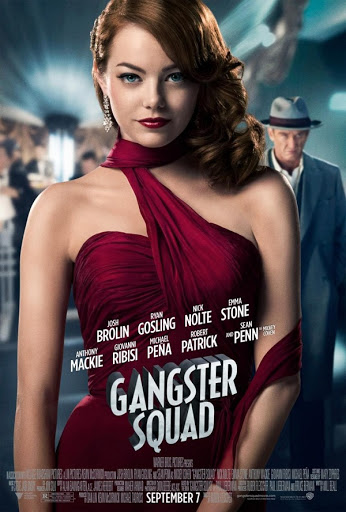 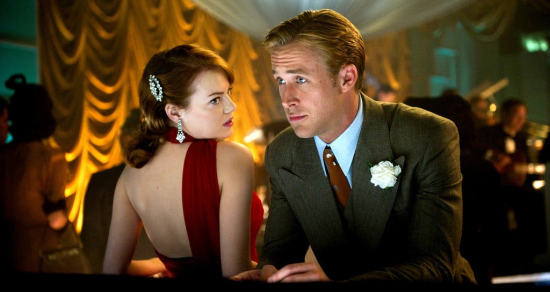 Brolin’s square-jawed intensity sits right at home in the gangster fantasy at hand. An ex-boxer, Penn’s scene-chewing Mickey Cohen is on the brink of a vast book-making operation that will make his rivals in Chicago and New York jealous. O’Mara’s pregnant wife Connie (well played by Mireille Enos) puts her woman’s intuition to use in hand picking four of the five men who make up her husband’s elite squad of crime-busters. Ryan Gosling, Anthony Mackie, Michael Pena, Giovanni Ribisi, and Robert Patrick all give memorable performances as men of integrity and resourcefulness. Emma Stone is a divine treat as Mickey’s mol Grace Faraday. Dazzling in a slinky red dress, Stone exudes a sex appeal that simmers in her scenes opposite Gosling’s romantically attentive Sgt. Jerry Wooters. Screen chemistry like this is too good to pass up. 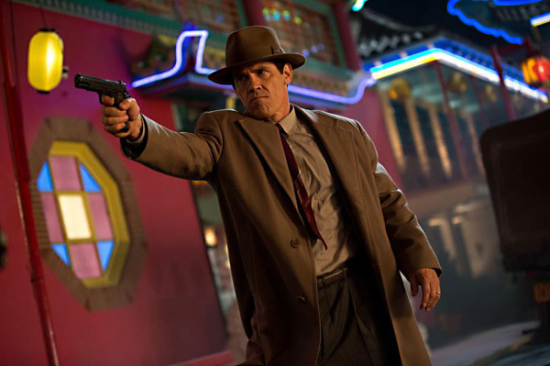 Comic book elements contribute to the film’s strength as a mood piece that doesn’t attempt to make too keen connections to modern day corruption — political or otherwise. The movie makes its mark in the heightened level of brutality on display. An opening sequence in the Hollywood hills establishes the ruthlessness of Penn’s character when Cohen commands a crook chained between two cars, be pulled apart. Things will get ugly. 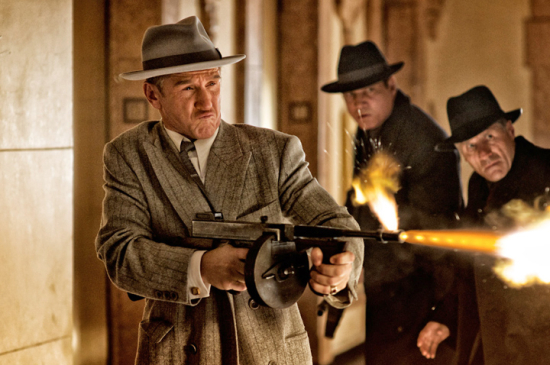 “Gangster Squad” revels in style. Los Angeles art deco architecture serves as an ideal backdrop for the film’s gifted costume and production designers to let their skills rip. There’s plenty of dynamic visceral and visual energy that pops from the screen from start to finish. Cinematographer Dion Beebe’s hungry camera captures a wealth of movement, light, and color in every composition. There’s still something be said about a good old-fashioned gangster movie.