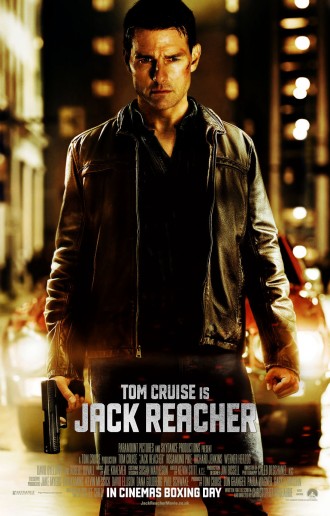 Fans of Lee Childs’s hugely popular detective novels will have a tough time accepting the 5’ 7” Tom Cruise as Jack Reacher, a hulking six-foot-five freelance investigator/enforcer with "hands the size of frozen turkeys.” Inversely, the fact of Tom Cruise’s ownership of the cinema franchise won’t provide an easy time for movie-inspired newcomers to the books. Mitigating the vast physical differences between the books’ stoic coffee-swilling protagonist with Cruise’s modest slow-burn interpretation is a bridge too far. Better casting options could easily have come from Liam Neeson, Vincent D.Onofio (my personal choice for the role), or Tim Robbins. That said, “Jack Reacher” is a perfectly competent popcorn movie adaptation insofar as Hollywood action thrillers go. Screenwriter/ director Christopher McQuarrie (“The Way of the Gun”) strikes a respectable balance between gut-wrenching action and built-in narrative suspense. One car-chase scene in particular turns up the heat on a well-worn action movie device. McQuarrie is slated to direct Cruise’s next “Mission: Impossible” installment — due out in 2015. 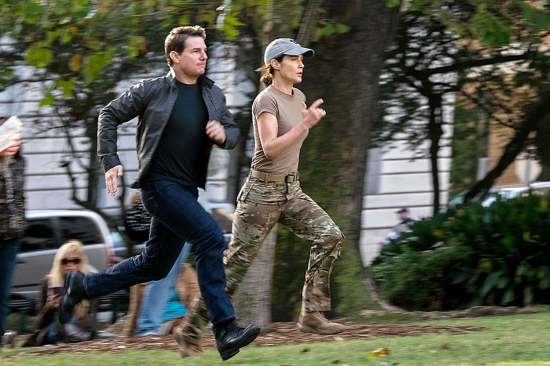 Based on the Lee Childs novel “One Shot,” the story revolves around Jack Reacher’s efforts to solve a crime involving James Barr (Joseph Sikora, a tweaky military-trained sniper accused of taking out a group of civilians — think the opening sequence of “Dirty Harry.” Rosamund Pike is acceptable if not thoroughly engaging as Helen, the attorney daughter to Rodin, the local D.A. (Richard Jenkins). Intrigue and betrayal rub together as Reacher is led to a confrontation with Werner Herzog scene-stealing baddie, known only as The Zec. Robert Duvall brings his reliable acting skills to bear as Cash, a rifle-range owner with his own bag of tricks. 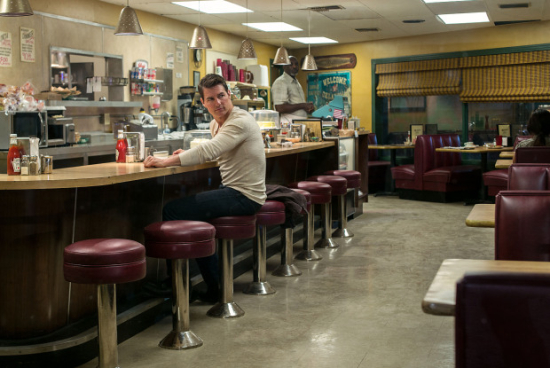 So long as you accept that the twain will never meet between the film and book versions of Jack Reacher, you should be able to enjoy each exclusively if not necessarily as a compliment to one another.

Posted by Cole Smithey at 03:18:10 PM in Action/Adventure, Literary Adaptation