A GLIMPSE INSIDE THE MIND OF CHARLES SWAN III 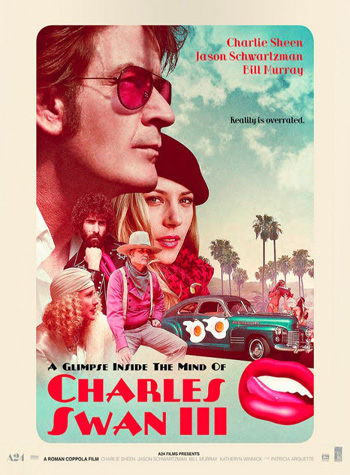 Roman Coppola’s '70s-era scattershot comic apologia for Charlie Sheen’s sins of womanizing and drug abuse has a train-wreck appeal that makes it moderately interesting to look at — i.e., a snapshot of our times as seen through a retro view. Our eye is drawn to the excess of pop-art style that Coppola flashes to distract us from the film’s utter lack of narrative momentum. Still, “experimental” would be too polite an adjective to describe Coppola’s deconstructionist misfire in the name of maturity avoided. Charlie Sheen’s man/boy persona is doubtlessly more interesting to himself and his close friends than it is to moviegoers at large. 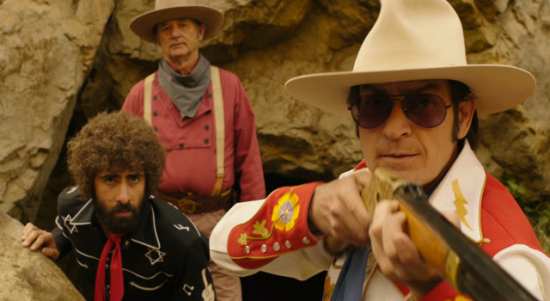 Sheen plays a slightly altered version of himself as Charles Swan III, a beauty-obsessed romantic with the attention span of mouse. Swan is in the midst of yet another break-up with a gorgeous woman half his age. He feigns heartbreak but is really more frustrated by his own inability to completely possess and abuse a woman as he does his vintage car. By day Charles Swan runs a Los Angeles graphic design studio responsible for projects like designing his best friend Kirby Star’s (Jason Schwartzman) upcoming album cover. Schwartzman’s character gives incidental credence to Liam Hayes’s hippie-groove musical score. 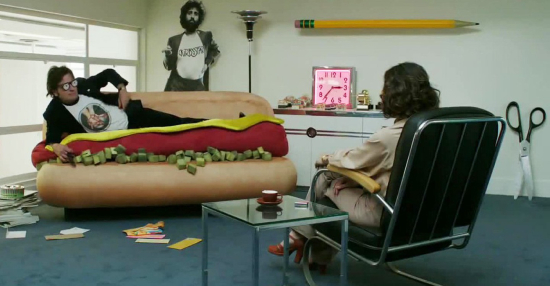 Forget that this is a character that could no more sit down at a drawing board for four straight hours than he could keep his eyes off a woman’s breasts for more than five seconds. Bill Murray adds a twinge of comic interest as Swan’s neurotic business manager Saul, but like everything and everyone else in the movie, his is just one more throwaway performance in the service of presenting Charlie Sheen as a moderately likable human being. I’m not sold and you probably won't be either. Roman Coppola goes so far as to throw in a literal “kitchen sink” as part of his ploy to entertain, but like reality TV and Sheen himself, “A Glimpse Inside the Mind of Charles Swan III” can’t even manage to titillate. 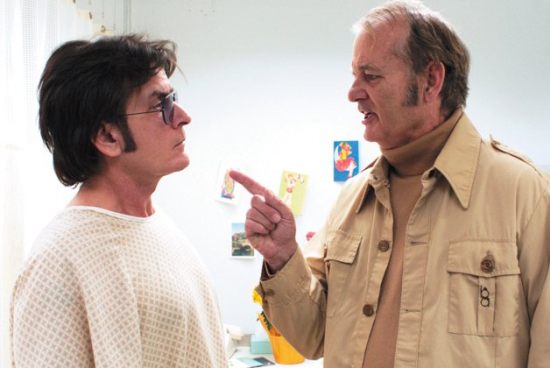