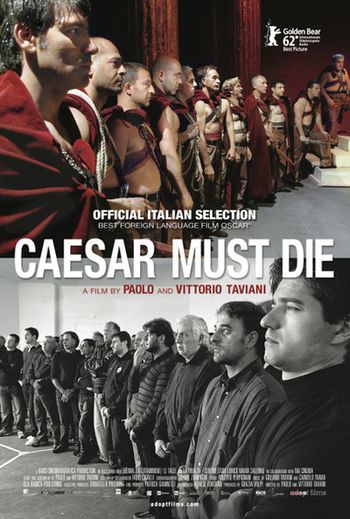 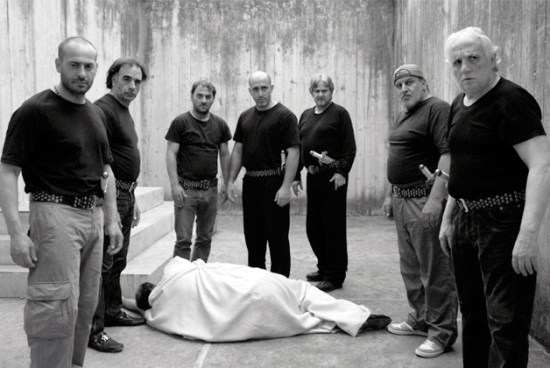 The docudrama reveals the personalities of convicts using a play to displace their inner struggles and reinvent the walls that contain them. The film is a high-wire act with a very small net. Filmed largely in black-and-white, the movie establishes its characters during auditions where naturally gifted inmates give breathtaking and hilarious performances of an assigned sketch scene. 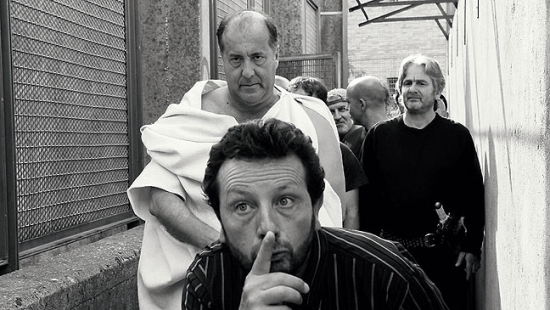 Each Italian face is familiar and yet every animated gesture is fresh. We sense thousands of years of Italian culture pouring out from convicts doing time for everything from murder to various Mafia activities. Blood temperatures rise in keeping with the play within the film. Context is everything. The talented prisoners exhibit a wide range of emotions in playing their theatrically-bound roles. You can't help but wonder how much this dedicated and loyal group of men could add to society if given the proper support. 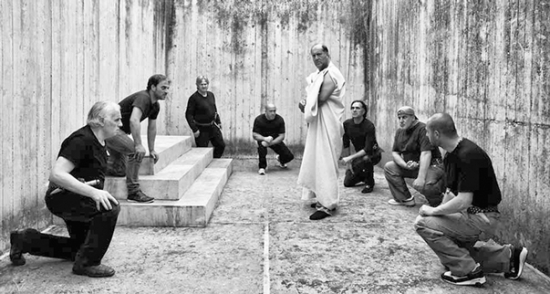 Shakespeare’s overriding text provides the surprisingly adept “actors” with an ongoing inner and outer dialogue regarding loyalty and betrayal. “Caesar Must Die” is an unconventional docudrama that engages its audience in a dialogue about the similarities between politicians and criminals, between actors and non-actors, and between observers and leaders. If you’re looking for an adventurous thought-provoking film, “Caesar Must Die” more than fits the bill.

Posted by Cole Smithey at 11:54:45 AM in Docudrama, Shakespeare