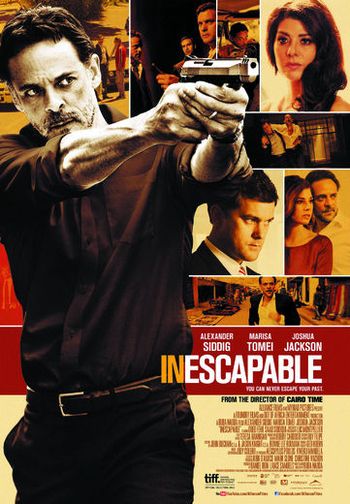 Marisa Tomei’s best effort in a thankless supporting role does nothing to elevate this marginal thriller by Canadian writer-director Ruba Naada. Tomei turns in some polished character work as Fatima, the Arab ex-fiancée of Abid, a former Syrian military intelligence officer.

For the first time in 30 years, Abid (poorly acted by Alexander Siddig) makes a sojourn back to his Middle East stamping grounds after his photographer daughter Muna (Jay Anstey) goes missing in Damascus. Plot holes open up like mold on old fruit. Abid makes the rounds to the Canadian consulate where a doughy Jousha Jackson plays a diplomat who knows more than he’s telling about Muna’s disappearance. An insipid musical score pounds every melodramatic cue. 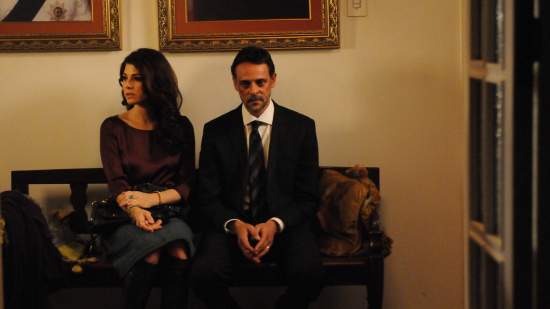 “Inescapable” says nothing about the current state of the Middle East. Like anywhere else in the world, it's a place where you can find plenty of trouble if you’re so inclined. It doesn’t help matters that the film was shot in South Africa. To call “Inescapable” a B-movie would be a compliment. This disposable flick doesn’t deserve to be shown on television.

Posted by Cole Smithey at 11:22:28 PM in Thriller, Women Filmmakers