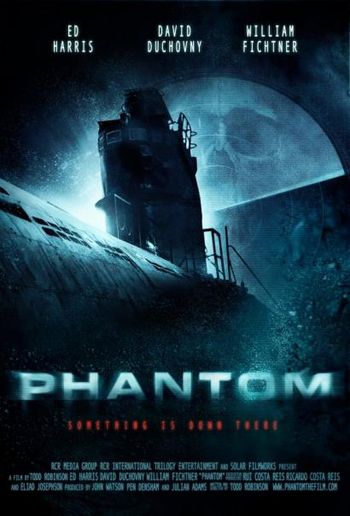 The cinematic offenses committed by the filmmakers of “Phantom” are varied and many. Whoever thought it was a good idea to have Russian characters speak without a Russian accent has some fundamental lessons to learn about filmic storytelling. You might imagine that a drama set inside the creaking hull of a relic submarine during the Cold War would be suspenseful if not downright claustrophobic. Not this time. Writer-director Todd Robinson (“Lonely Hearts”) has made a movie that suffers from attention deficit disorder.

Ed Harris gets our attention as Demi, a Soviet naval commander, circa 1968, assigned to helm the B67 submarine he served on for most of his military career for one last voyage. Inferring a Russian identity on the Ed Harris’s American accent and gestures is a non starter. The obsolete sub is being sold to the Chinese Navy. It’s up to Demi to deliver it.

With his protégé second-in-command officer Alex (William Fichtner) at his side, Demi finds his authority challenged by a team of questionably affiliated spies — led by David Duchovny’s Bruni — on a mission to do global harm. Plot coupons appear and vanish at regular intervals. A cloaking device, which can sonically make the submarine appear to other vessels as a variety of much larger ships, is momentarily presented as a significant plot point before being discarded like so many other narrative details.

The radical spies’ plan involves the sub (disguised as a Chinese submarine) attacking a barely observed U.S. vessel. Blame will be assigned to the Chinese, and the proverbial poop will hit the fan. It doesn’t help matters that the story never expands to show activities on the target ship. The movie exists in an airtight vacuum where the benefit of context is regarded as an unnecessary luxury. The filmmakers rely on a knee-jerk crutch of military lingo to falsely energize the action. Characters repeat phrases about things like “sonar con” and “acoustic signatures” with requisite seriousness, but the overall effect is unconvincing before turning into an utter annoyance. 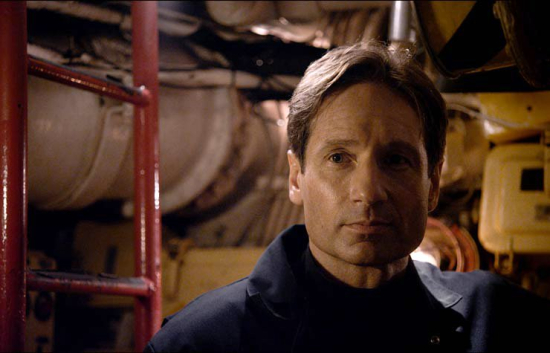 The characters are so poorly drawn that you’re never sure what they're supposed to represent as human beings. Even their objectives are murky. Harris’s Demi initially comes across as an ethically solid Commander. But as he allows himself and his crew to be intimidated by the demands of spies, intent on setting off World War III, it becomes difficult for the audience to know where to place their trust.

The clunky story goes through plenty of obfuscating gyrations before spinning out of control in a melodramatic puddle that takes the cake for soap opera cheesiness. You’d never guess that the story was based on an actual event that pales the Cuban Missile Crisis by comparison. Clearly, there is a fascinating and suspenseful story buried somewhere in the impetus for “Phantom.” However, you don’t see much evidence of it on the screen. Even you happen to be huge fan of submarine movies, “Phantom” is not worth your time.