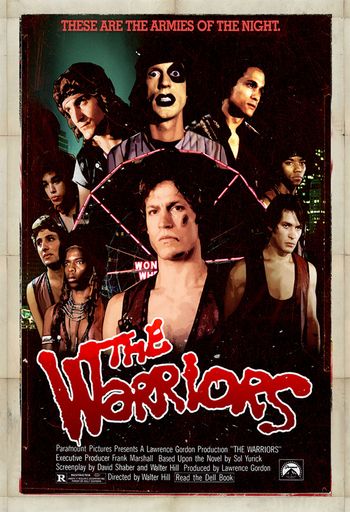 Walter Hill’s vibrant 1979 adaptation of Sol Yurick’s 1965 novel — based loosely on an ancient Greek story called “Anabasis” — is a classic cinematic record of New York City circa 1979. It arrived during the era when Mayor Ed Koch declared a political war on unions and minorities.

The film’s hip nighttime opening sequence compares Coney Island’s landmark neon-lit Wonder Wheel to the lights of an approaching graffiti-covered subway train. Clips of expositional dialogue by the Coney Island gang named in the film’s title are intercut with a front-car-view of a subway train penetrating its stations. Excitement builds under pulsing music orchestrated to allow for the intermittent segments of conversation. Brilliant. Other gangs of uniquely uniformed urban soldiers arrive at subway locations to travel to Van Cortlandt Park in the Bronx, where a public assembly of unarmed gang delegates from New York’s boroughs gathers for a midnight conference. 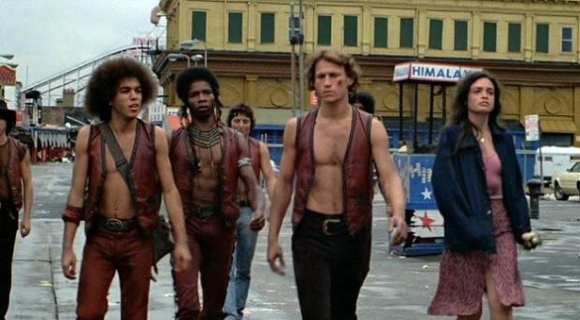 Cyrus (Roger Hill), “the president of the biggest gang in the city” — the Riffs — speaks to the crowded congregation of young thugs. On the underground stage of political theater, Cyrus calls for a truce between all of New York City’s gangs. Cyrus proposes consolidating New York’s 60,000 gang members into one unified gang capable of ruling a city overseen by a mere 20,000 police officers. As in American politics, unifiers are not really desired. The truce is cut short by a gang agitator’s pistol when Luther (David Patrick Kelly), the leader of the Rogues, shoots Cyrus dead before framing a member of the Warriors as the shooter. 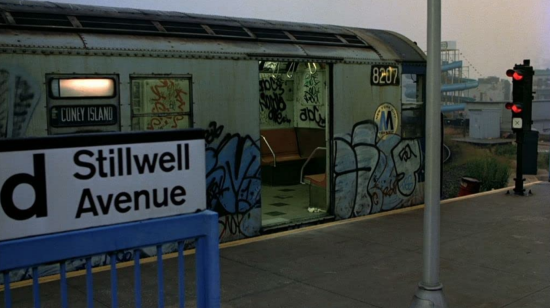 Dressed in their burgundy American-Indian-styled pleather vests, the Warriors become an easily recognizable target for every other gang in New York, cops included. An African-American female radio DJ (Lynne Thigpen) announces a hit on the Warriors, as demanded by the leader of the Riffs. The filmmaker only shows the DJ’s lips in relation to the microphone. Style and tone blend into actionable energy. 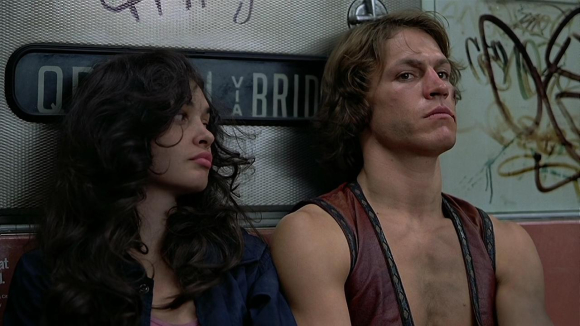 Picking up on the wake of S. E. Hinton’s idealized fantasy novel of ‘60s-era American gang culture (“The Outsiders”), “The Warriors” takes a less censored stance in equating the ostensibly heroic Warriors gang with their weakest links. When Swan (Michael Beck) steps up to lead his team back to “Coney” as “War Chief,” Ajax (James Remar) takes umbrage. 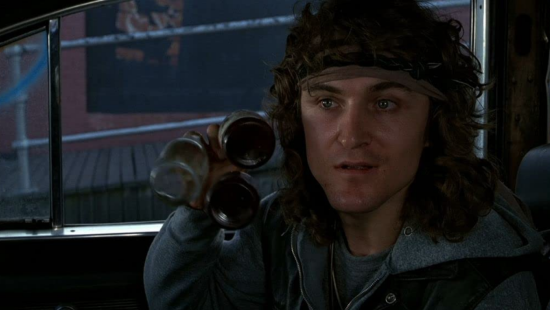 The gang splits up. Easily distracted by the promise of sexual conquest, Ajax learns the hard way how not to treat a lady seated on a park bench when he tries to rape an undercover cop. The Warriors’ herd gets thinned. New York City police contribute to the gang’s lessening number when a cop shoves a Warrior onto the subway tracks in the path of an oncoming train. 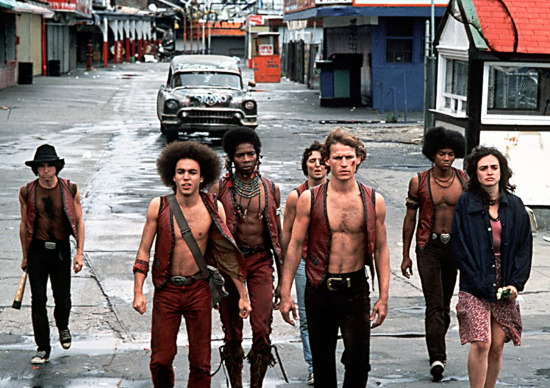 Gritty and peppered with the us-against-them lingo of the era, “The Warriors” is a cult movie that pushes its cartoonish elements into a desperate realm where fantasy melts away in a wash of brutal reality.