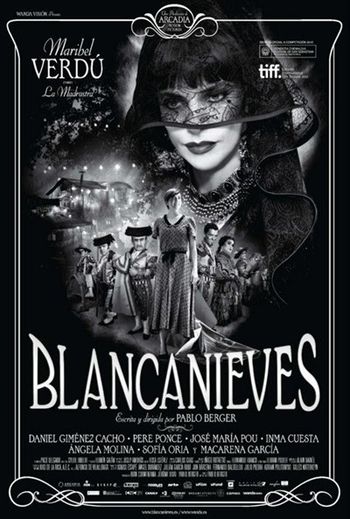 More evidence — behind “The Artist” (2011) — that black-and-white silent films are still a viable storytelling approach; Pablo Berger’s rethinking of the Grimm Brothers’ “Snow White” is a virtuosic masterpiece.

Winner of Spain’s Goya Award, “Blancanieves” is so sharply conceived, scored, performed, lit, and edited that you can’t help but savor every moment. Composer Alfonso de Vilallonga’s inventive musical score makes expressive use of everything from handclaps to Flamenco guitar to expand on the story’s sense of culture, atmosphere, and suspense. There’s plenty of humor as well. Although a relative newcomer — “Blancanieves” is only his second feature — writer/director Pablo Berger displays an absolute mastery of cinema language with a litany of homages to filmmaking techniques from the past 100 years. 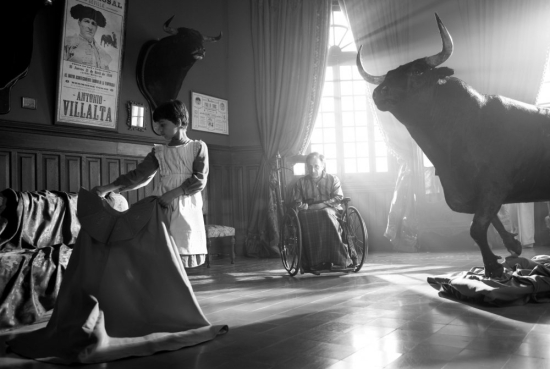 Seville, Spain circa 1920 witnesses one of its beloved matadors Antonio Vallarta (Daniel Giménez Cacho) being gored. Camera technology involving flashbulbs is to blame. The accident leaves the handsome Vallarta paralyzed from the neck down. Tragedy piles up when the former bullfighter’s wife dies giving birth to the couple’s daughter Carmencita on the same day. Vallarta’s evil hospital nurse Encarna (exquisitely played by Maribel Verdú) seizes the opportunity to seduce and marry him, relegating Carmencita to live in the mansion’s coal cellar. It isn’t long before Encarna is carrying on an adulterous BDSM affair with the chauffeur while the wheelchair-bound Antonio is left alone to discover a bond with his adoring daughter. A charming “dance” between Antonio and Carmencita provides an inspired centerpiece. Such momentary familial satisfaction is fleeting though. 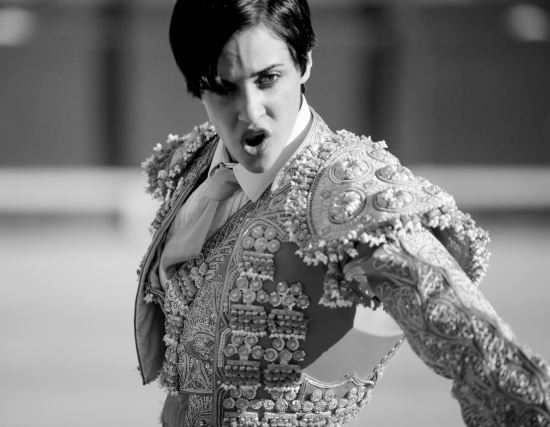 It isn’t long before Encarna’s chauffeur abandons Carmencita in the woods. Fortunately for Carmencita, a troop of travelling dwarf matadors take her on as their own. Despite its old-fashioned trappings, there is nothing staid about the layers of narrative and visual complexity at play. The meticulous attention that Pablo Berger and his team pay to every detail of tempo and dynamics comes across in a gem of a film capable of rivaling Hollywood’s most au currant spectacle of CGI whimsy. Although entered by Spain in the Academy Award category for 2012 foreign film, “Blancanieves” arrives as a frontrunner in 2013 for audiences to marvel at. Enjoy.