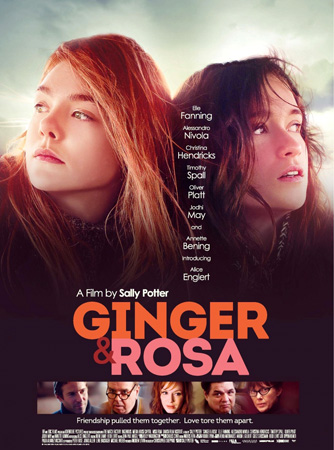 Teenagers Ginger (Elle Fanning) and Rosa (Alice Englert – daughter of celebrated director Jane Campion) are best friends from birth. Their mothers had them at the same time, in the same hospital. Sally Potter’s affinity for playing with duality — see “Orlando” — is firmly on display. Ginger leans toward intellectual gratification; Rosa gravitates to physical pleasure. They are two sides of the same coin, but only one can hope to achieve their shared dream of escaping the social traps that ensnared their mothers. 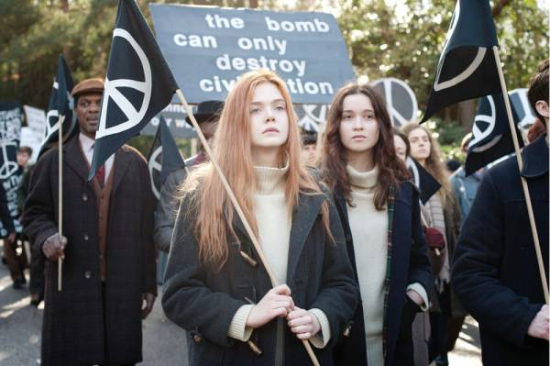 Energized by the threat of war around them, the girls take up the leftist cause to rid the world of nukes. Ginger’s activist position is informed by her pacifist father Roland’s (Alessandro Nivola) teachings. Roland served hard prison time for standing by his beliefs. Now he teaches in a University that allows him free reign to put his womanizing skills to use on an ever-changing group of adoring nubile students.

Roland is the worst kind of hypocrite. He humiliates Ginger’s mother Nat (Christina Hendricks) with pat arguments about her use of “emotional fascism” to excuse his insufferable behavior. Regardless, Ginger keeps up her fascination with her dad until he commits a sin against their trust. 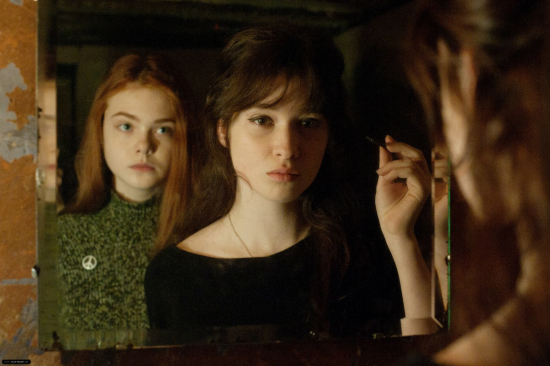 “Ginger & Rosa” is part of a zeitgeist occurring in 2013 cinema that puts a premium on the kind activism and free thought exerted during the ‘60s. A jazz-heavy score that includes the music of Miles Davis and Thelonious Monk works magic. Cinematographer Robbie Ryan gives the film a beautiful period look that never feels confined. Here is an unadulterated personalized paean to humanitarian ethics — be they issues of social equality, peace, or such fundamental traits as dignity and respect.