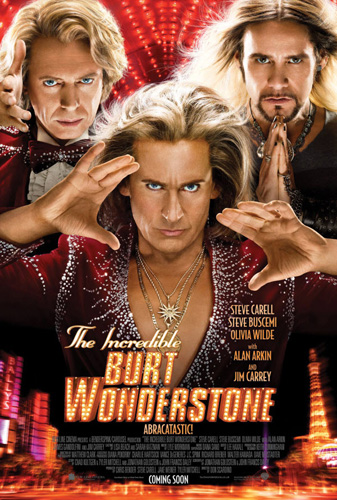 Artfully satirizing the in-your-face state of modern magic — as practiced by the likes of David Blaine and Criss Angel — while celebrating the cheesy aspects of old school slight-of-hand tricks, “The Incredible Burt Wonderstone” is an effective comedy that covers a lot of ground.

At stake is a lifelong friendship between Las Vegas prestidigitation standard bearers Burt Wonderstone (Steve Carell) and Anton Marvelton (Steve Buscemi). Burt, the better-looking member of the duo, has let his outsized ego and cynicism take over. All passion for his craft is gone. Steve Carrel loses himself so completely in the role that you have to keep reminding yourself who you’re looking at. A key ingredient to the comedy’s success is Carrel’s keen ability at transitioning from an unlikeable protagonist into a character you can’t help but root for. Olivia Wilde’s presence as Jane, Burt’s admiring assistant in the stage act, adds just the right amount of sex appeal. At a time when global culture is engaged in a race to the bottom, the values expressed in the comedy reflect a return to tasteful sensibilities. There’s a refreshing quality to the laugh-out-loud fun on-screen. 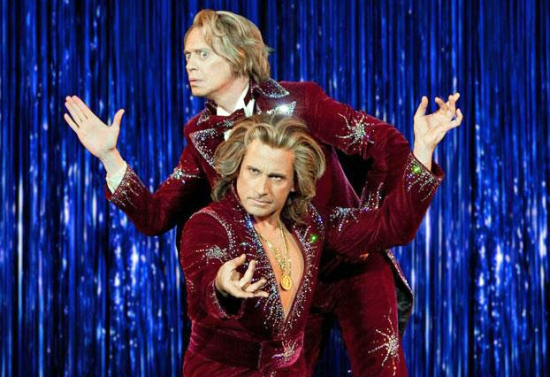 Jim Carrey delivers a comic coup de grace as extreme-illusionist Steve Grey, whose violent brand of street magic involves things such as cutting a folded playing card out of his swollen cheek with a pocketknife. The kooky “magician” also makes a splash by holding his urine for several days. Carrey’s trademark make-you-flinch comic dynamics arrive via a logic-defying physique without an ounce of body fat on it. Jim Carrey just might be the fittest 50-year-old in Hollywood. The rogue aspects of Carrey’s unpredictable character allow of some of the film’s most shocking moments. 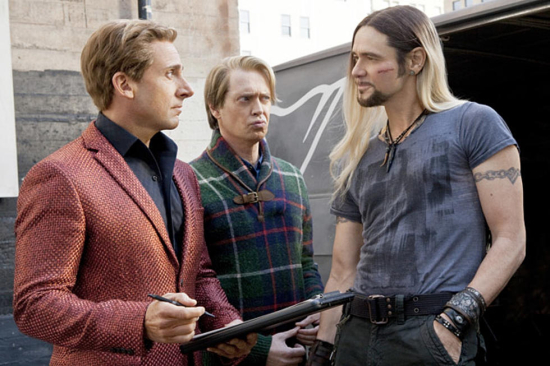 With audience numbers dropping at their Vegas casino home stand, Burt and Anton get pressured by casino’s owner Doug Munny (James Gandolfini) to shape up or ship out. A break-up ensues that sends the bickering duo off in separate directions of self-discovery. 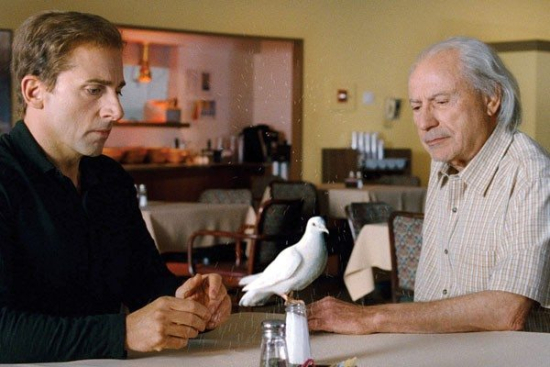 The once filthy rich Burt is relegated to performing magic in department stores and in a retirement home for an audience that more likely to fall asleep than fall for a card trick, no matter how mind-boggling. A chance meeting between Burt and aging magician Rance Holloway (Alan Arkin) — Burt’s inspiration since childhood — adds a nostalgic layer. The ever-impressive Alan Arkin is the film’s secret weapon.

Anton takes up a humanitarian cause; he delivers magic sets to starving children in third world countries before realizing that perhaps magic sets aren’t exactly the right thing to share with kids in dire need of food and water. Steve Buscemi handles his seemingly thankless supporting role with just the right amount of humility. 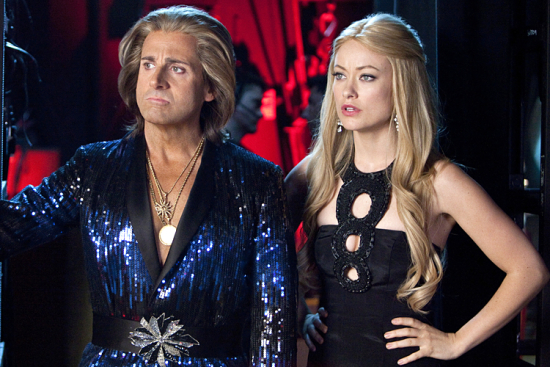 Screenwriter John Francis Daley anchors the movie in various approaches to magic. Magic tricks do indeed take center stage in the narrative. Steve Grey’s climatic showstopper — involving a power drill applied to his cranium — takes the movie beyond any realm of expectation. Carrey’s skill with facial contortions hit the nail, or drill bit, on the head. Even better is the grand illusion that a reunited Burt and Anton pull off. The film’s explanatory coda —showing how the trick was done — adds a backstage angle of humor that leaves no stone unturned.

You can’t have a comedy about magic without gimmicks, and “Burt Wonderstone” has plenty. It also has panache.