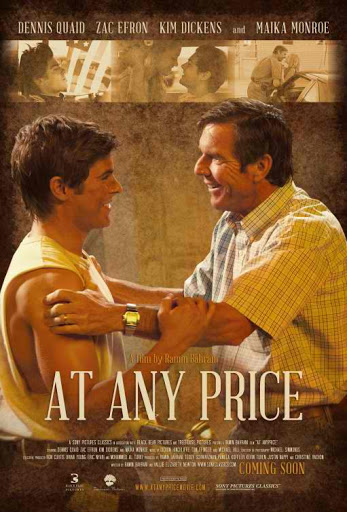 Zac Ephron stinks up every movie he appears in. That’s not to say however that casting a different actor — one who wouldn’t be better served doing toothpaste commercials — would improve substantially on co-writer/director Ramin Bahrani’s fatally flawed movie. Famous for immigrant dramas (“Man Push Cart,” “Chop Shop” and “Goodbye Solo,) Rami gets in over his head attempting to tell a tale of how American’s Corporate Industrial Complex impacts the lives of Midwest farmers. The film’s thematic lesson can be summed up as, “everybody cheats; some people get away with murder.” 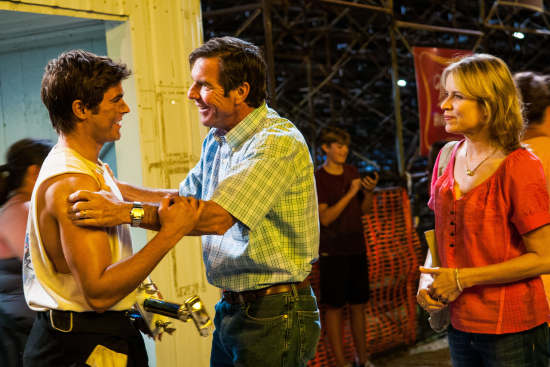 Dean (Ephron) is the spoiled brat son to Iowa farmer Henry Whipple (well played by the reliable Dennis Quaid). Henry is an old school Midwest family man and corn farmer with a huckster side job distributing patented seeds for Monsanto — a company many people would like to see permanently shut down for its dubious monopolizing practices. Henry’s dream of passing the family farm down to his oldest son Grant is tempered by the distance Grant keeps from the family; he’s off climbing a tall mountain somewhere across the Atlantic. So it is that Henry turns his attentions to Dean (Ephron), an amateur stock-car driver with NASCAR ambitions. Dean spends his time banging his small town girlfriend Cadence (Maika Monroe) and driving two-hours to do a handgun-smash-and-grab at an auto supply store for a new part for his car. 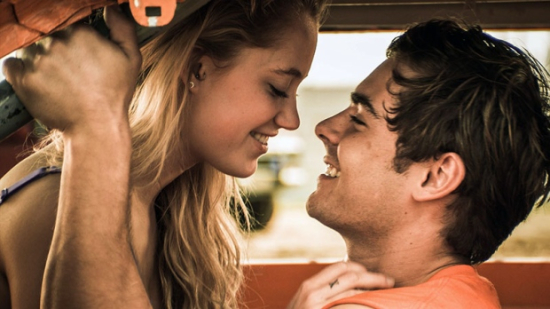 Ethical duplicity runs in the family. Papa Henry cheats on his wife with a local tramp (Heather Graham). The film opens with Henry making post-funeral buying offers to families of the deceased, to swoop in on their land at pennies-on-the-dollar. If you’re looking for a reliable protagonist, you won’t find one in “At Any Price.” It's the ffinal nail in a film that wants to be “Promised Land” [about the shady dealings of fracking companies], but doesn’t know how to go about it. Yes, it’s a cutthroat world out there, and there isn’t a damn thing you can do about it, except hide the bodies well. That’s the takeaway from “At Any Price.”