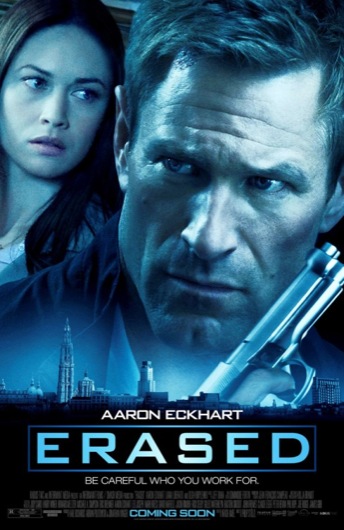 Liana Liberato is amazing. The child actor who gave a breakout performance in “Trust” (2010) has blossomed into an actress of tremendous range. Director Philipp Stölzl’s standard-issue thriller — about Ben Logan (Aaron Eckhart), an ex-CIA kill-squad agent on the run with his teenage daughter in Europe — gives Liberato ample opportunity to show what she can do. If her career proceeds as it should Liana Liberato will bypass any cumbersome “It-Girl” status and go straight to Hollywood’s A-List. Liberato’s recently acquired tallness enables her to match Eckhart’s physicality in a movie that demands plenty. Together on-screen, Eckhart and Liberato make for an impressive father-and-daughter team. 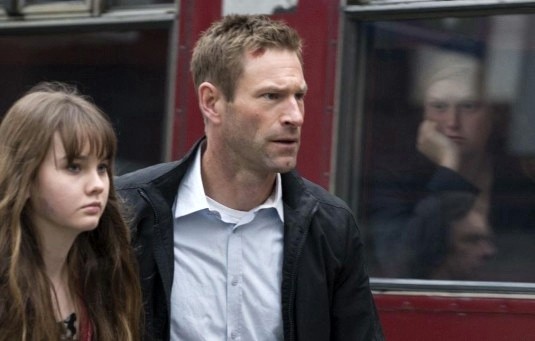 Ben lives in Belgium with his daughter Amy (Liberato). He works for a security company devising ways to protect safe devices against break-ins. When the company vanishes overnight, and his co-workers are all killed, Ben has some thick detective work cut out for him. 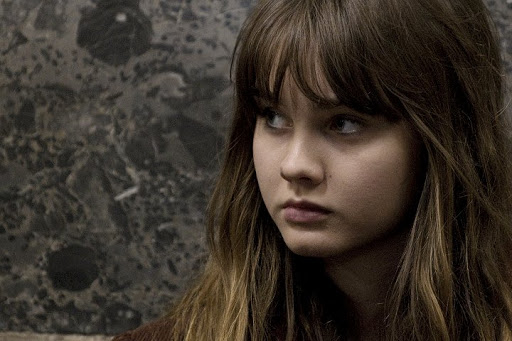 As a spy thriller, “Erased” isn’t anything special. It’s one big chase-movie with a couple of underdeveloped subplots thrown in courtesy of first-time screenwriter Arash Amel. Still, Philipp Stölzl’s direction is solid. The violence tilts toward shocking cold-blooded brutality. However, the reason you should see the movie is to absorb the work a fine young film actress who savors the scenery she chews like caviar and crème fraîche.