Writer-director Jeff Nichols (“Take Shelter”) cobbles together the story of Mud (McCanaughey), a loner fugitive hiding out on a tiny deserted island in the Mississippi Delta. Fourteen-year-old Ellis (Tye Sheridan) and his best friend Neckbone (Jacob Lofland) venture into the Delta to visit the island, where a flood has deposited a 20-foot boat into the upper branches of a tree. Planning to turn the boat into a treehouse of sorts, the adventurous boys are shocked to discover that someone else has beaten them to the punch — Mud. An uneasy friendship develops between the boys and the hopeless romantic who carries a handgun stuffed into the back of his jeans. 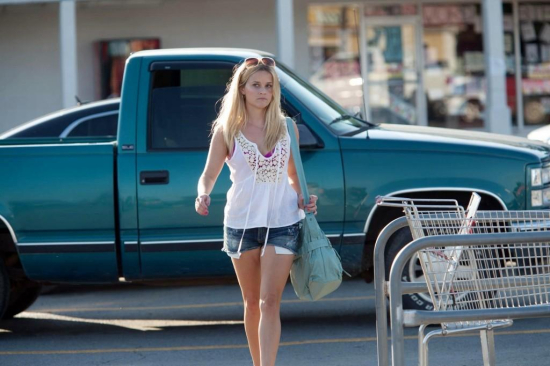 A compulsive liar, Mud tells the boys a convincing story about his lifelong pursuit of Juniper (Reese Witherspoon), his high school sweetheart. Juniper waits in a nearby motel for Mud to arrange for their escape together. Mud claims he killed Juniper’s previous boyfriend because he abused her. The man’s gangster relatives — led by Joe Don Baker’s patriarchal character King — are more motivated than the local police to track down Mud. That Juniper’s connection to Mud is barely plausible hardly prevents the movie from gliding off the wind of its idyllic youthful characters.

Nichols’s self-declared inspiration from Mark Twain’s “The Adventures of Huckleberry Finn” is readily apparent. The fearless boys agree to help Mud on his mission to salvage the marooned tree-boat so he can get the girl of his dreams. Ellis and Neck make trips back and forth to the island with provisions and supplies to fix the boat. Tye Sheridan steals the movie with a stoic adolescent charm; this actor is lightening in a bottle. Romantically spurred on by Mud’s quest for emotional fulfillment, Ellis — a sophomore — courts May Pearl (Bonnie Sturdivant), a high school senior whom most would agree is out of his class. Quite the opposite is true. 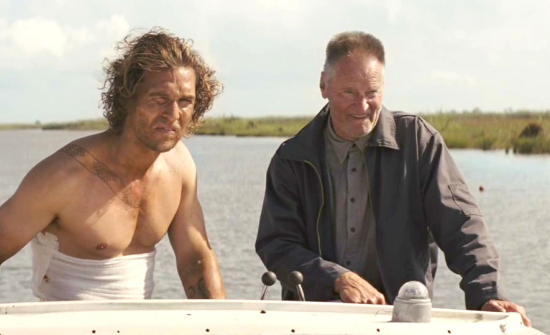 Sam Shepard coaxes the story along from yet another implausible character’s perspective. Tom Blankenship (Shepard) lives in a boathouse across the river from the waterfront home that Ellis shares with his divorcing parents. Tom, we’re told, is the closest thing to a father that Mud has ever had. Comically, old Snaggletooth (Shepard) has gotten his famously gnarled teeth repaired into a neat set of uppers, while McConaughey’s character sports a chipped tooth that fits Mud like a glove. “Mud” is a boys adventure movie with its heart in the right place. 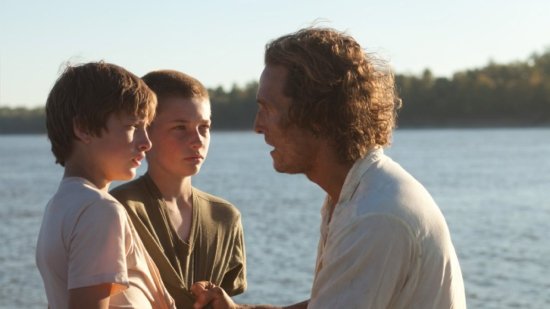