THE SEA INSIDE — CLASSIC FILM PICK

The true story of a quadriplegic on a mission of assisted suicide would seem to present an insurmountable challenge for any filmmaker.

Most certainly, an average audience would run kicking and screaming before empathizing with Ramón Sampedro, an atheist narcissistic who displays more persistence of vision than the able-bodied people who surround him.

While spending a beautiful summer’s day at a Galician beach, the 26-year-old Ramón dove from a cliff into a cove just as the tide pulled out to sea. He struck his head on the ocean floor, injuring his spinal cord. Now 55, Ramon insists that death is preferable to “a life lived without dignity.”

Javier Bardem’s calmly poised Ramon tries to convince the Spanish court system to authorize assisted suicide on his behalf. Bardem’s half smiles adorn his troubled character with an air of composed insight. He uses his mouth to write his autobiography with a pencil attached to a stick.

Ramon’s request for his family and friends who “love” him is that they contribute to a meticulously orchestrated plan that will allow him to die, without any single person being legally culpable in his death. 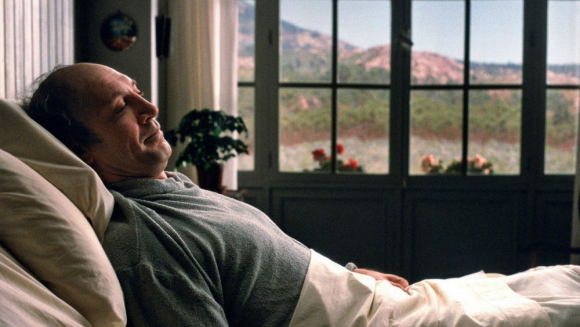 Using an arsenal of meticulous filmmaking techniques co-writer/director Alejandro Amenábar modulates the narrative line between Ramon’s bedridden emotionality, and his family members and romantically driven visitors who alternately support him, or oppose his somber plea.

The film strikes a euphoric highpoint when Ramon listens to José Manuel Zapata singing Puccini’s “Nissun Dorma” on his bedside record player. The classical song animates Ramon’s imagination. His body comes gracefully to life. His bare feet slap onto the hardwood floor of his room-with-a-view. Ramon stands and pulls his bed away from the wall to allow for a running start toward the open window overlooking a rugged Spanish hillside.

Alejandro Amenábar’s subjective camera flies through the window transporting the audience just above the ground, across miles of verdant countryside to the ocean. The outside world that escapes Ramon’s existence is briefly in his possession. His euphoric dream state exemplifies all the liberation that the mind's eye can bring. At the beach, Ramon meets his lawyer and would-be lover Julia (Belen Rueda). Their sun-blessed embrace and tender kiss ends as the needle lifts from the record in Ramon’s room. 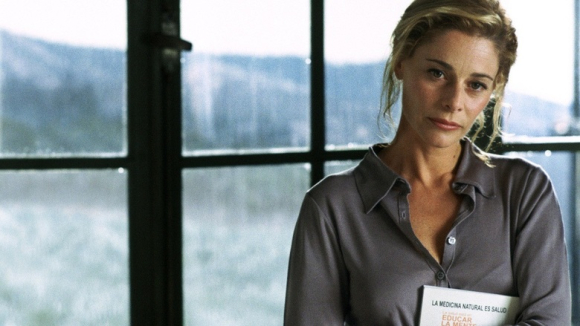 Even with Alejandro Amenábar’s flawless sense of storytelling, it is unlikely that “The Sea Inside” would have succeeded with an actor other than Javier Bardem. The discreet but tortured humanity that Bardem embodies carries with it tremendous authenticity of personality. 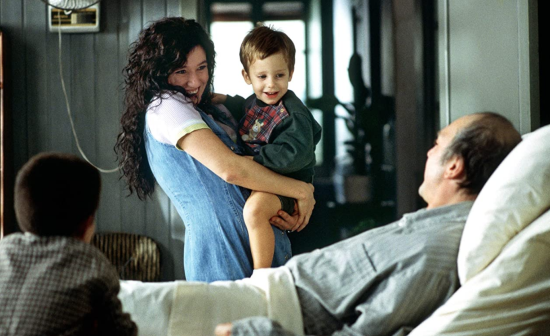 The wealth of character traits that Bardem effortlessly portrays speaks to religious, political, romantic, and personal elements with a selfless oath of intent. Alejandro Amenábar’s seamless depiction of Ramón Sampedro’s battle for his sense of self arrives in inspirational cinematic terms. Amazing.