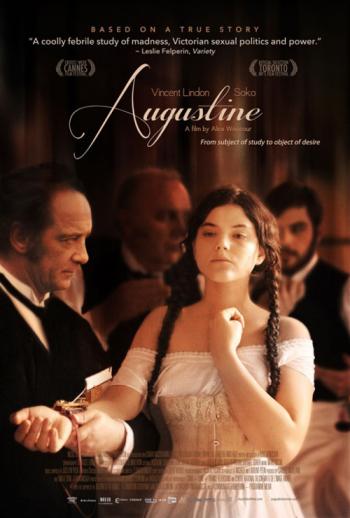 Based on a true story, the film opens with kitchen servant Augustine (tempestuously played by French pop star Soko) suffering an unexplained seizure in the presence of her employers and their houseguests during a dinner. The strange convulsion leaves her unable to open her left eye. Once placed in the prison-like environment of Paris’s Salpetriere psychiatric hospital, Augustine vies with other patients for the attention of Dr. Charcot (Vincent Lindon), whose charismatic bearing promises to cure Augustine. 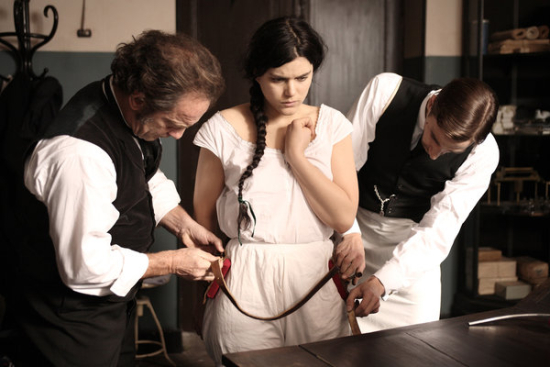 Dr. Charcot employs hypnotism to treat Augustine, but her symptoms shift during another seizure. Her eye opens but she becomes partially paralyzed in one arm. The filmmaker leaves the film’s themes up for interpretation. One analysis suggests that Augustine reaches a subconsciously influenced psychological crisis regarding her initiation to womanhood through sexual experience. One thing is certain: “Augustine” is a confidently composed film certain to provoke much discussion for those audiences fortunate enough to experience its brilliance. 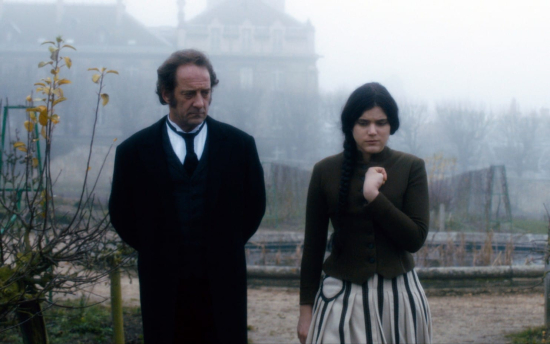