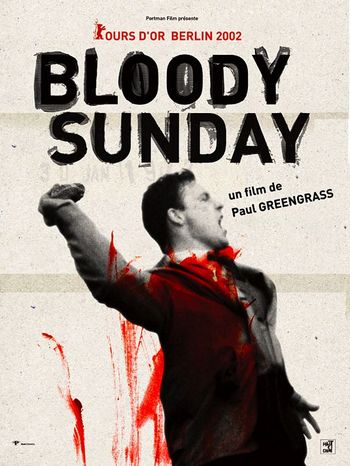 Although originally produced for British television in 2002, Paul Greengrass’s vivid depiction of a violent turning point in the so-called Troubles in Northern Ireland was released in theaters in the States.

The Sundance and Berlin film festivals showered awards on the docudrama for its persuasive vérité style, which depicts a January 30, 1972 attack by British army paratroopers against 10,000 Irish demonstrators in a civil rights protest march in Derry, Northern Ireland.

Fourteen protestors were killed and 14 more were injured; British soldiers suffered no injuries or casualties. 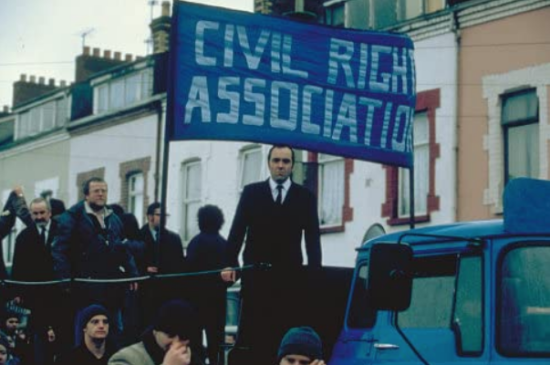 The 1998 Bloody Sunday Inquiry ordered by British Prime Minister Tony Blair was the most expensive investigation in British history. 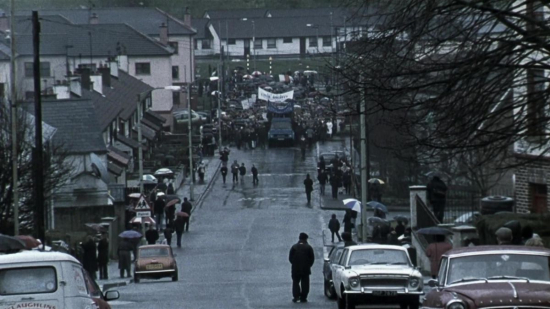 Greengrass based his terse, episodic screenplay on Don Mullan’s acclaimed book “Eyewitness Bloody Sunday” (1997). Drawing on his early career spent directing episodes of the investigative British television program “World in Action,” Greengrass deploys an arsenal of shooting and editing techniques to place the audience in the flow of the film’s roughly 24-hour timeline. 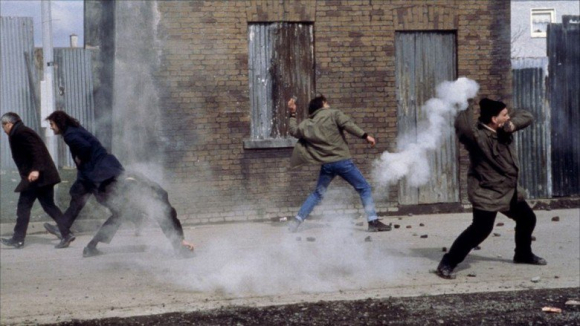 Sound from radio transmissions between British military officers preparing for confrontation segues into a stream of hand-held camera sequences that expose the two sides in an infamous street battle. Loose camera pans and impulsive zooms capture the naturally lit action in a gloomy urban district where barbed-wire barricades and roadblocks were commonplace. A young Catholic couple kisses and parts ways by the light of military vehicle headlights. This is what military occupation feels like — brutal, dangerous, and mundane.

Each scene begins in mid-action and cuts away with a sustained blackout fade that keeps the audience off balance. The audience’s eyes are temporarily closed. Like the Irish, we don’t know where we will wake up next in the conflict. Our uneasy frame of reference is that of an itinerant bystander grasping at whatever semblance of reason we can read into the absurdist narrative of military oppression. 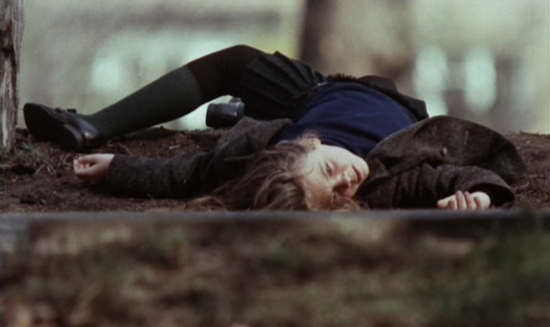 Ivan Cooper (James Nesbitt) is a charismatic Member of Parliament of Northern Ireland and civil rights leader charged with leading the march. Like the local priests, Ivan is on a first-name basis with many citizens, whom he treats as his own flock of “peaceful” protestors. However infectious his idealistic, and fearless, belief in the potential power of a demonstration to effect change, there are plenty of young men who think differently. An Irish Republican Army leader dispatches orders to his comrades from behind the wheel of his car while chatting with Cooper. 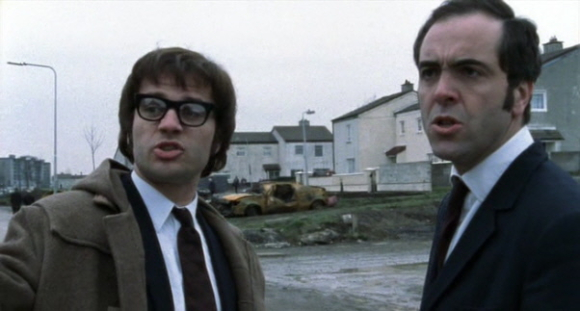 Major Steele (Chris Villiers), a British Army commander, instructs his war-painted Charlie Company troops to teach the locals a lesson. Picking up “200 hooligans” is their stated mission. Back at the Army’s headquarters Maj. Gen. Ford (Tim Pigott-Smith) focuses on “winning the propaganda war” when he isn’t modeling the aggressive attitude he expects from his crew of trigger-happy goons. 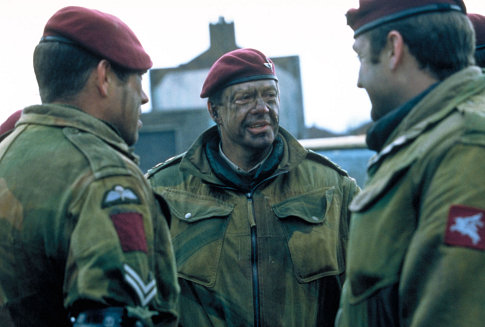